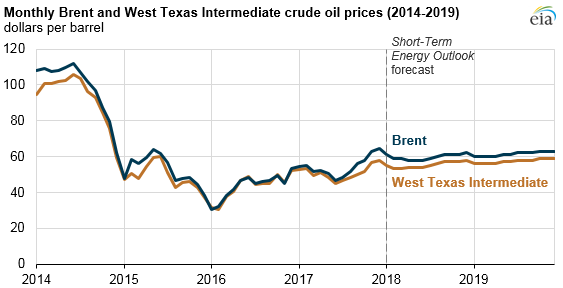 EIA’s January Short-Term Energy Outlook forecasts Brent crude oil to average $60 per barrel (b) in 2018 and $61/b in 2019, slightly higher than the $54/b average in 2017. In both 2018 and 2019, EIA expects total global crude oil production to be slightly greater than global consumption, with U.S. crude oil production increasing more than any other country.

Because crude oil prices are expected to be relatively flat through 2019, U.S. gasoline prices are also expected to remain near current levels. EIA forecasts the U.S. average regular retail gasoline price will average $2.57/gallon (gal) in 2018 and $2.58/gal in 2019, slightly higher than the $2.42/gal average in 2017.

EIA forecasts the West Texas Intermediate (WTI) crude oil spot price will average $55/b in 2018 and $57/b in 2019, or $4/b and $5/b, respectively, lower than Brent prices. This price difference is expected to narrow from the $6/b average price difference seen in the fourth quarter of 2017 because current constraints on the capacity to transport crude oil from the Cushing, Oklahoma storage hub (the geographic location associated with the WTI price) to the U.S. Gulf Coast are expected to gradually lessen.

As Asian demand for crude oil and petroleum products increase, supply considerations to transport crude oil to Asia are increasingly part of the price formation for global crude oil benchmarks. EIA estimates that, absent significant pipeline constraints, moving crude oil from Cushing, Oklahoma, to the U.S. Gulf Coast typically costs about $3.50/b. Moving that crude oil from the United States to Asia costs approximately $0.50/b more than to ship Brent from the North Sea to Asia. Although more crude oil export infrastructure has been recently built, U.S. exporters must still use smaller, less-economic vessels or more complex shipping arrangements, which often add to costs. 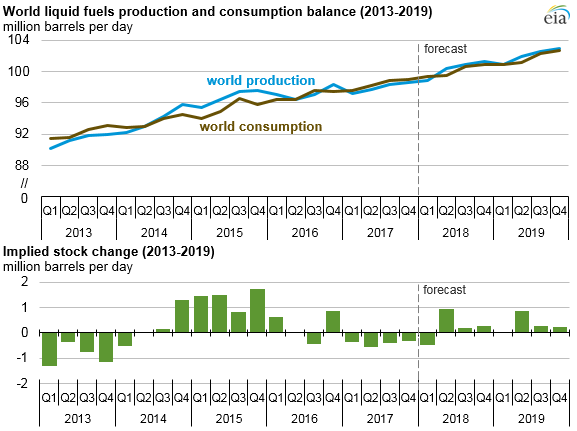 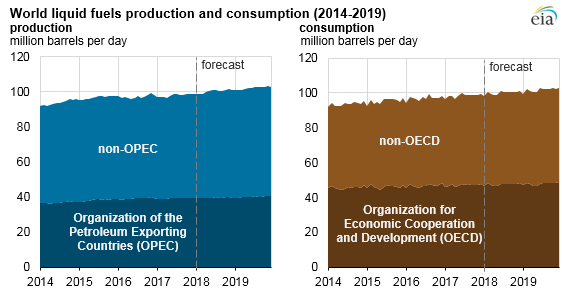 Oil Rigs Off Florida Coast? Depends on How You Define `Florida’