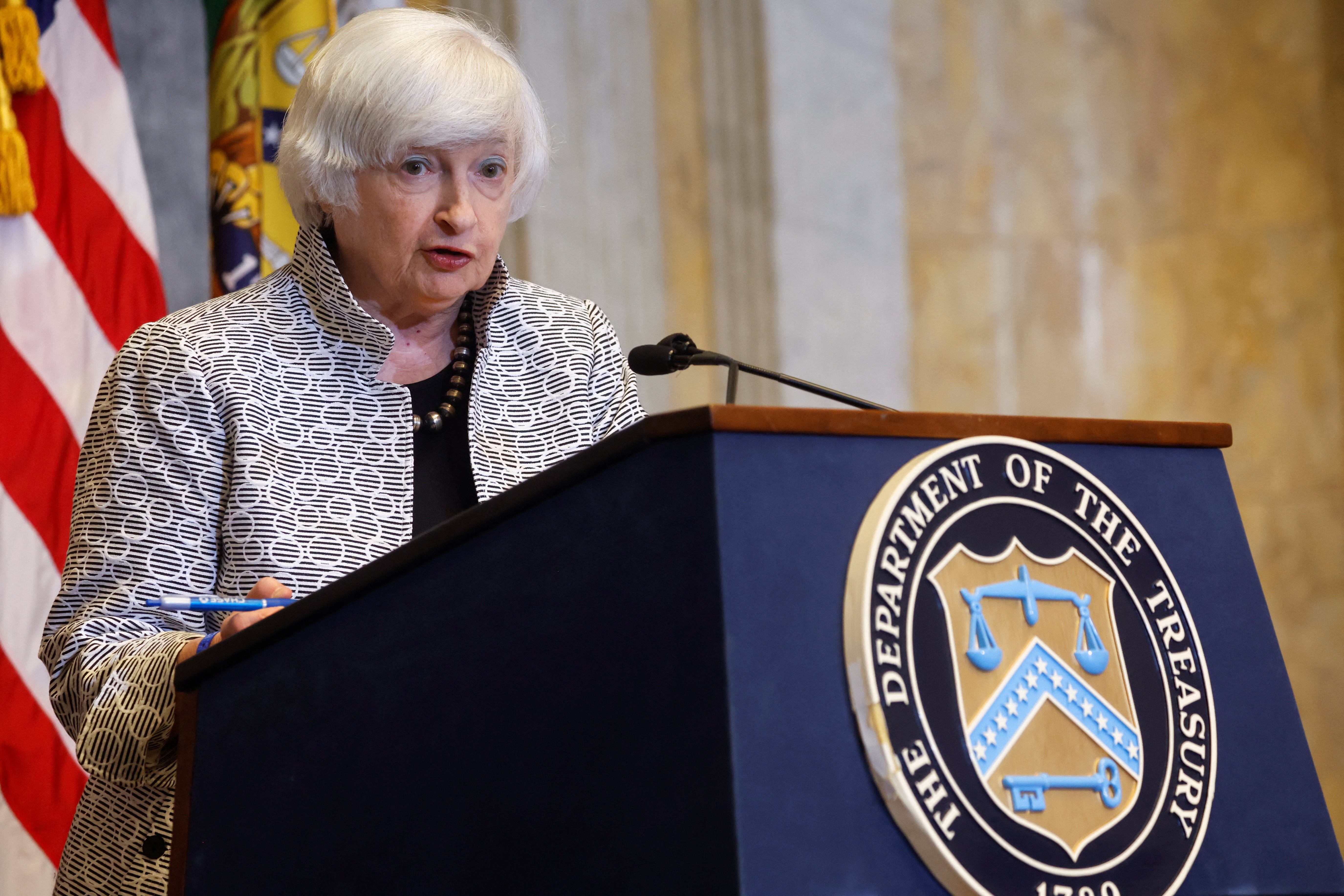 The contribution, the first of its kind from the U.S. Treasury, makes good on a U.S. pledge made at the 2021 Group of Seven summit alongside other G7 countries, Treasury said.

Treasury Assistant Secretary for International Trade Alexia Latortue called the loan a “strong down payment” on President Joe Biden’s pledge to spend $11 billion on climate finance, and said it reflected continued U.S. support for emerging market countries as they transitioned away from fossil fuels.

The loan will be used to support U.S. climate commitments, including Just Energy Transition Partnerships (JETPs), while funding CTF projects developed by multilateral development banks in alignment with South Africa, Indonesia, India, and the Philippines as they accelerate their shift away from coal.

Yellen will announce the loan in a speech at the Center for Global Development, ahead of next week’s annual meetings of the World Bank and International Monetary Fund.

The four countries account for 15% of global emissions related to coal, the dirtiest fossil fuel. Cutting their emissions more quickly will help the global effort for net zero carbon emissions by 2050.

The CTF is one of two multi-donor trust funds set up under the Climate Investment Funds (CIF), an initiative created by the world’s biggest economies in 2008 to help poorer countries shift more quickly to a low-carbon economy.

“With this new contribution, the United States is helping create new jobs, new sustainable markets while reducing emissions, and by doing so, securing our shared climate future,” CIF CEO Mafalda Duarte said in a statement.

Keystone Pipeline Is Shut Down After Oil Spills Into Creek
What happened to the 2022 global oil rally?
Exxon plans to raise spending in 2023 closer to $25 billion
Net Zero Will Radically Change How We Use and Generate Electricity