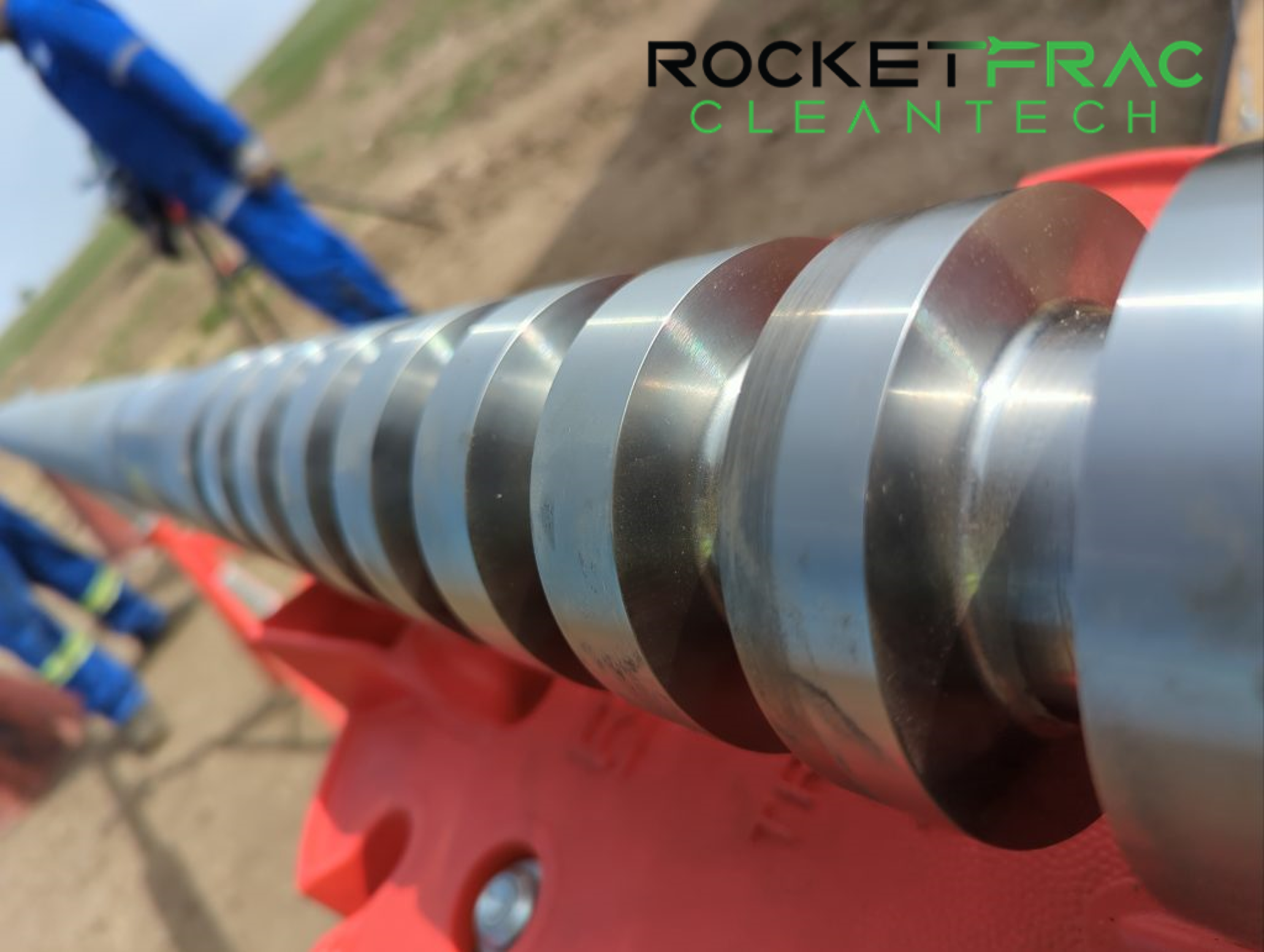 Increasing production from existing assets is a low cost path to profits, but repeating stimulation methods on existing wells can provide diminishing returns. Innovative producers are always searching for new ways to open drainage channels, increase permeability, and address skin damage. While hydraulic fracturing is an effective method of stimulation in many cases, repeated use is less effective as it keeps re-opening the original fractures and has a propensity to create vertical fractures. By contrast, propellant fracturing creates desirable horizontal radial fractures all around the wellbore, while opening new fractures.

Historically,  propellant stimulation techniques were not effective in creating fractures which penetrated as deeply into the formation as hydraulic fracturing, as the burn time of the propellant was very limited, and therefore the pressure created was not enough to create longer fractures.  RocketFrac Cleantech has made revolutionary innovations in increasing the pressures generated, peaking at over 40,000 PSI, and maintaining the fracture time for an extended period, thus creating longer fractures than legacy propellant stimulation techniques.

RocketFrac Cleantech has applied these proprietary innovations in propellant fracturing to a suspended gas well in Southern Alberta,  successfully demonstrating a longer fracturing time and higher peak pressure than conventional propellant fracturing, and creating sustained production increases for a full year of analysis, without using fracturing fluids or proppant. This new technology can provide an alternative or complement to existing well-stimulation solutions.

First, to create a longer deflagration period, RocketFrac Cleantech partnered with Magellan Aerospace to formulate a custom, solid rocket fuel propellant. This proprietary formulation has a very high energy content but can release that energy in a slower, more controlled manner than conventional propellant.

Second, due to the innovative propellant chemistry the RocketFrac Cleantech charges generate large volumes of gases which increase pressure in the wellbore rapidly. These high pressure gases  could not be contained by any conventional packer, so RocketFrac Cleantech developed a patent-pending isolation mechanism that creates a metal-to-metal seal with the well casing, trapping the gasses in the wellbore, increasing the pressure, and forcing the gasses and energy into the formation.

This case study demonstrates the effective application of these innovations.

RocketFrac Cleantech and its partner oil and gas producer Tower Ridge Enterprises identified a suitable suspended gas well in Southern Alberta, approximately 32 km North of the town of Taber. The target well was flanked by two observation wells which were rigged with downhole seismic recording equipment to collect seismic data related to the RocketFrac event.

The well was spudded in August 2001 and vertically drilled to a total depth of 1129 mKB followed by a plug back and production casing run to 760 mKB. The well produces from a 2 m interval (710-712 mKB) spanning over 2.0 – 2.5 m thick argillaceous to silty sand horizon within the Colorado shale, located 5 m below the base of fish scales marker. The production zone underwent a single stage of jet perforation (17 shots) followed by hydraulic fracturing which concluded in October 2003.

The well’s history is characteristic of production from a tight, low-permeability reservoir as it shows appreciable drawdown within the first couple of years (Fig. 1). Prior to RocketFrac operations, the well had a cumulative gas production of 14,460 E3M3 over a span of about 14 years.  During this time, average daily gas production decreased from 9.7 E3M3 at initial production to 0.19 E3M3 before the ultimate suspension of the well in February, 2017. 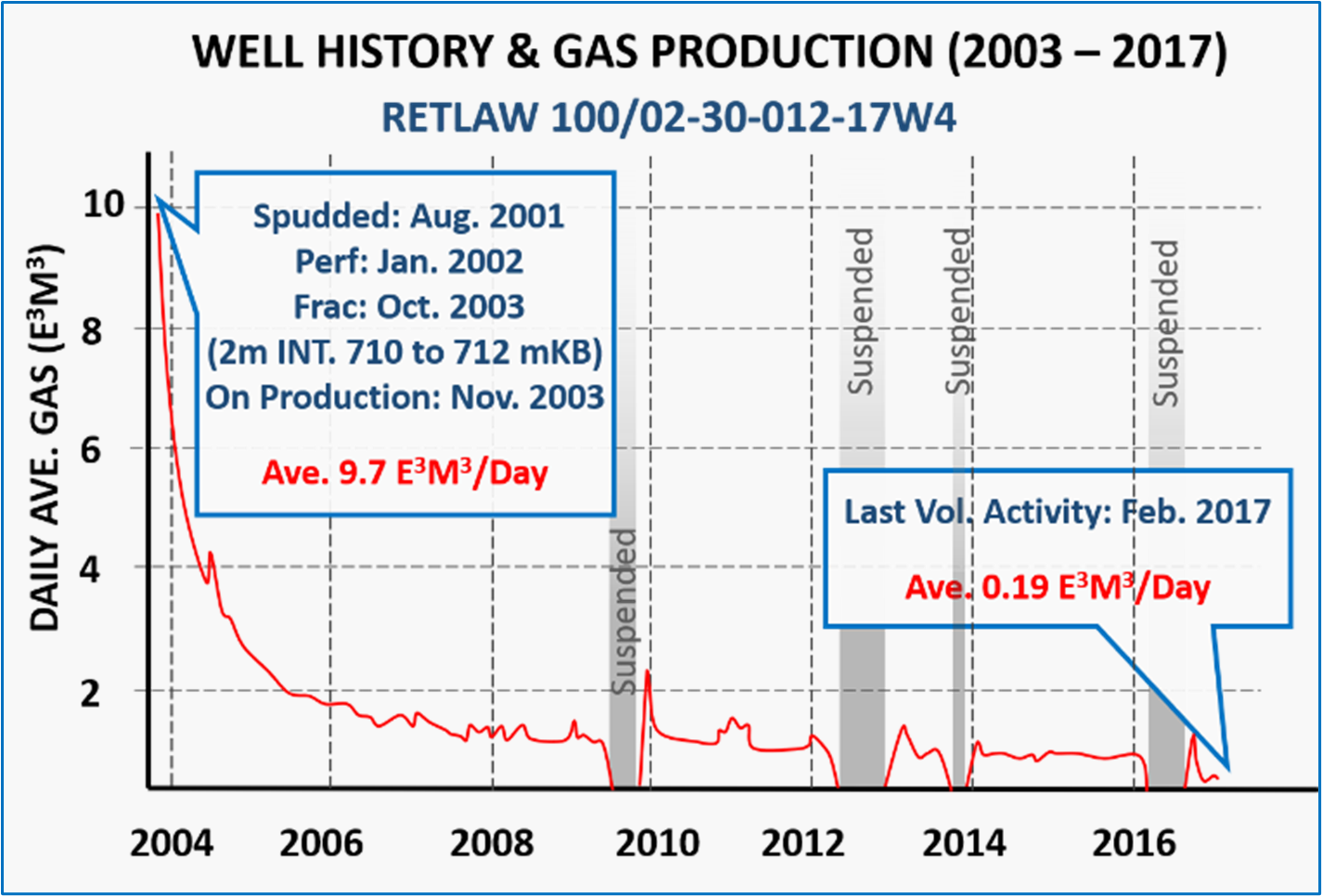 The well was fracked using RockeFac Cleantech technology in November 2020, over the course of a morning. The site setup is shown in Image 1 below. 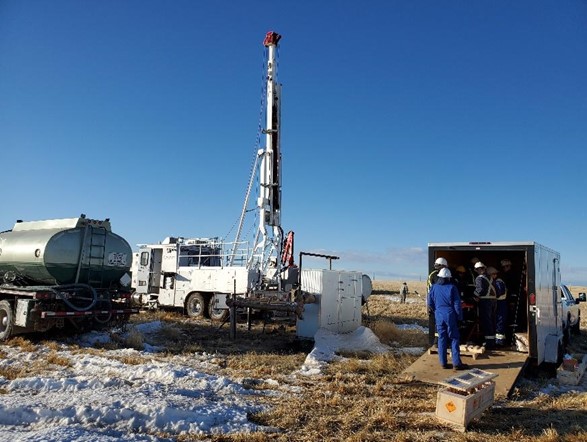 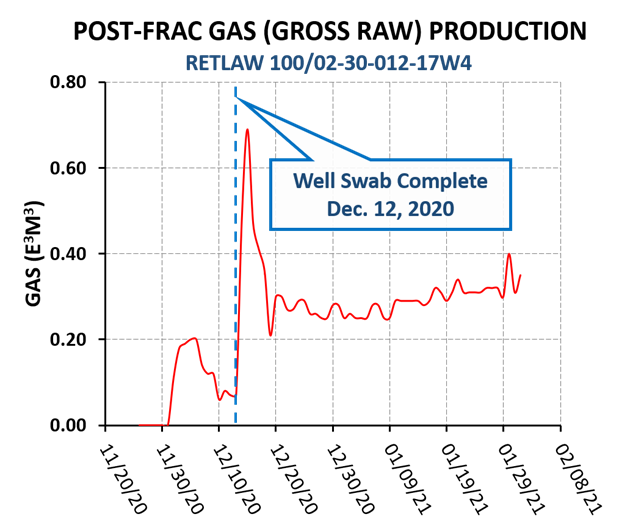 RocketFrac Cleantech has successfully refractured a gas well in southern Alberta using a revolutionary propellant chemistry coupled with a patent-pending isolation system that could create and extend fractures much farther into oil and gas formations. A well which was supposed to be abandoned as a liability became a valuable producing asset for the following year.