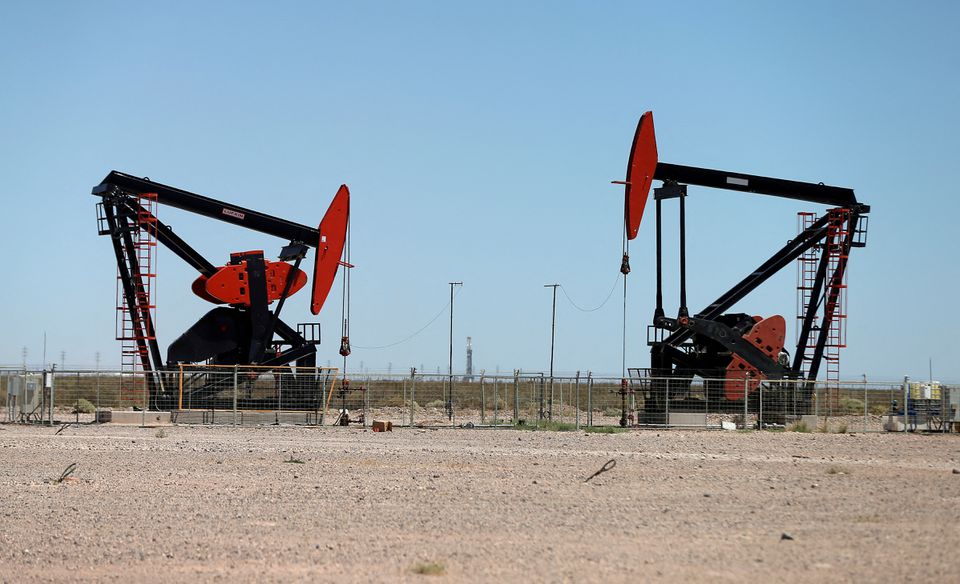 LONDON/NEW YORK, July 18 (Reuters) – Benchmark oil prices have dropped by about $15 a barrel in the past 10 days as the threat of recession clouds the demand outlook, but the physical oil trade and the futures market structure tell a quite different story.

Growing concern about the economic outlook pushed Brent crude below $100 a barrel last week for the first time since April.

But in the physical market, premiums have been at record levels. Nigerian Qua Iboe crude was offered at $11.50 a barrel above dated Brent this week, while North Sea grade Forties was bid at dated Brent plus $5.35 on Tuesday – both all-time highs.

And while the outright Brent price has fallen almost 20% since May, the premium at which the nearby contract is trading to the second month – a structure known as backwardation, which implies tight prompt supply – has widened to $4.09 a barrel.

That suggests strong underlying support for near-term prices despite the drop in the benchmark Brent contract.

“Outright prices and the structure are out of sync,” said Tamas Varga of oil broker PVM. “It implies genuine strength on the physical front that goes against the sentiment in the futures market.”

Helping to keep supply tight, outages have reduced Libyan and Nigerian production, Western sanctions are forcing a re-routing of Russian oil flows, and OPEC and its allies have been unable to meet pledged output hikes.

“While a deep recession cannot be discounted, we remain focused on the objective fact of physically tight markets,” BCA Research said in a note. That, it said, “will keep oil markets volatile and biased to the upside”.

In the United States, WTI-Midland and WTI at East Houston traded in June at a more than $3 premium to U.S. crude futures, the highest in more than 2 years. Read More

Though both grades have since edged off those highs, they are still trading more than 60% higher than at the start of June.

U.S. crude stockpiles are at about 427.1 million barrels, about 2.4% lower than during the same time last year, Energy Information Administration data showed.

But while market tightness is, in the words of one European trader, “definitely what’s being talked about”, the risk of recession still looms large.

The tightness, says Varga, “could also mean further upside potential; however, stubbornly high global inflation and its impact on oil demand might just change the ‘buy-the-dips’ attitude to ‘sell-the-rallies’.”