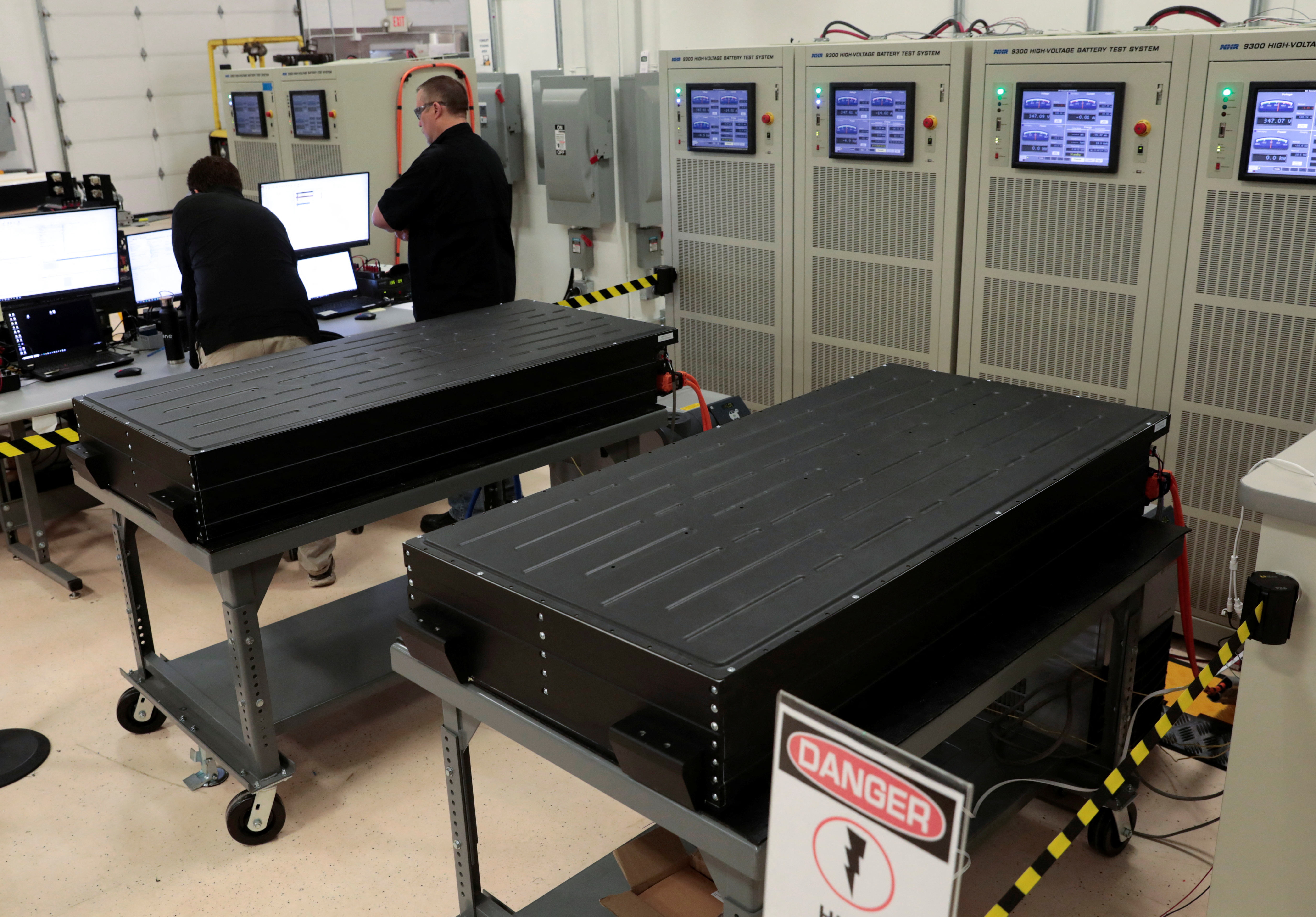 The U.S. electric pioneer disclosed that nearly half of the vehicles it produced in the first quarter were equipped with lithium iron phosphate (LFP) batteries – a cheaper rival to the nickel-and-cobalt based cells that dominate in the West.

The revelation, eclipsed by the carmaker’s $19 billion revenue and Elon Musk’s Twitter charge, was the first time Tesla had disclosed such specifics about its batteries make-up.

It flashed a strong signal that iron-based cells are finally starting to win global appeal at a time when nickel is blighted by supply concerns due to major producer Russia’s war in Ukraine and cobalt is tainted by reports of dangerous conditions at artisanal mines in Democratic Republic of Congo.

Tesla is not alone in betting that LFP batteries, already popular in China, can make inroads into Western markets.

More than a dozen companies are considering establishing factories for LFP batteries and components in the United States and Europe over the next three years, according to a Reuters review of the electric vehicle (EV) scene and interviews with several players.

“I think lithium iron phosphate has a new life,” said Mujeeb Ijaz, founder of U.S. battery startup Our Next Energy which says it is scouting a U.S. production site. “It has a clear and long-term advantage for the electric vehicle industry.”

Ijaz has worked in the field long enough to see a technology that failed to catch on in America a decade ago gather fresh momentum. He was chief technology officer at Michigan-based A123, an early producer of LFP batteries that went bankrupt in 2012 and was acquired by a Chinese company.

He and other LFP advocates cited the relative abundance and cheaper prices of iron as a key factor beginning to outweigh the drawbacks that have held back the adoption of LFP cells globally – they are bigger and heavier, and generally hold less energy than NCM cells, giving them a shorter range.

There is a mountain to climb, though.

LFP chemistry has accounted for just 3% of EV batteries in the United States and Canada in 2022 and 6% in the European Union, with nickel-cobalt-manganese (NCM) cells accounting for the rest, according to data from Benchmark Mineral Intelligence (BMI).

The race is far tighter in China, where LFP commands 44% of the EV market versus NCM’s 56%.

It could be long and tough road for Western LFP cell manufacturers seeking to prosper against rivals from China, which accounts for about 90% of global production.

A shorter-term concern for such companies, according to BMI’s chief data officer Caspar Rawles, is a continued dependence on Chinese suppliers for refined materials.

LFP cells also contain more lithium than NCM rivals, and industry experts raise concerns that iron-based batteries’ historic advantage of being cheaper to produce could be eroded and even erased by rising costs of the metal.

Tesla has been using LFP in some entry-level, U.S.-made versions of its Model 3 since last year, expanding their use of the technology beyond China, where about two years ago it started using LFP batteries made by Chinese firm CATL (300750.SZ), the world’s largest EV battery maker, for some Model 3s.

Yet given the historic dominance of nickel-and-cobalt based batteries in the United States, the scale of Tesla’s usage of LFP cells in the first quarter of 2022 – fitted in roughly 150,000 cars produced – took some analysts and battery specialists by surprise.

Tesla did not respond to a request for comment.

“The best insurance policy that automakers have … is to incorporate more iron-based cathodes in their portfolio,” he added.

U.S. electric vehicle startup Fisker (FSR.N), which plans to use LFP batteries in its lower-range SUVs, plans to initially source cells from CATL. But CEO Henrik Fisker said that it was in talks with battery suppliers to source batteries made in the United States, Canada or Mexico from 2024 or 2025.

Local sourcing is important because it is expensive to ship the heavy packs from Asia, especially for low-cost, high-volume vehicles, according to Fisker. It is also not environmentally friendly, added the CEO, who is confident there will be a major place for LFP batteries in the global EV mix.

Other premium carmakers are also looking at the chemistry following the outbreak of the Ukraine war, including Volkswagen’s (VOWG_p.DE) Audi, which hasn’t used LFP batteries before.

“It may well be that we will see LFP in a larger portion of the fleet in the medium term,” Audi CEO Markus Duesmann said in March. “After the war, a new situation will emerge; we will adapt to that and choose battery technologies and specifications accordingly.”

BMW’s (BMWG.DE) chief procurement officer Joachim Post also said recently that the company was examining the merits of LFP. “We’re looking at different technologies to minimize the use of resources and also we’re looking at optimizing chemistry,” he added.

Among their advantages, LFP cells tend to pose less of a fire risk than NCM cells, and can be fully charged continually without losing as much performance over the life of the battery.

As the global EV market expands, the chemistry is expected to find its way into more entry-level consumer and commercial vehicles where longer range is not as critical.

Yet the hurdles to widespread LFP cell adoption include finding solutions to improve energy density – thus reducing the size and weight – and grappling with the rising cost of lithium.

Meanwhile, building out and scaling up LFP production in the United States and Europe will take time, underscoring the challenge to Western governments in reducing reliance on China.

American startups face an uphill battle of scaling up to compete with CATL (Contemporary Amperex Technology Ltd), which is backed by Chinese government subsidies and supplies Tesla, among others, with LFP cells.

“Everything has to be disciplined manufacturing, without any screw-ups,” said Bob Galyen, a former chief technology officer at CATL who now runs a batteries consultancy, Galyen Energy.

He also noted: “A U.S.-based company does not have to worry about the geopolitical issues that China and U.S. have presently.”

President Biden’s Climate Ambitions Are All But Dead

Oil and Gas in Our Lives – Festival Season: The Return of Live Music – Your Favourite Festivals Need Oil and Gas