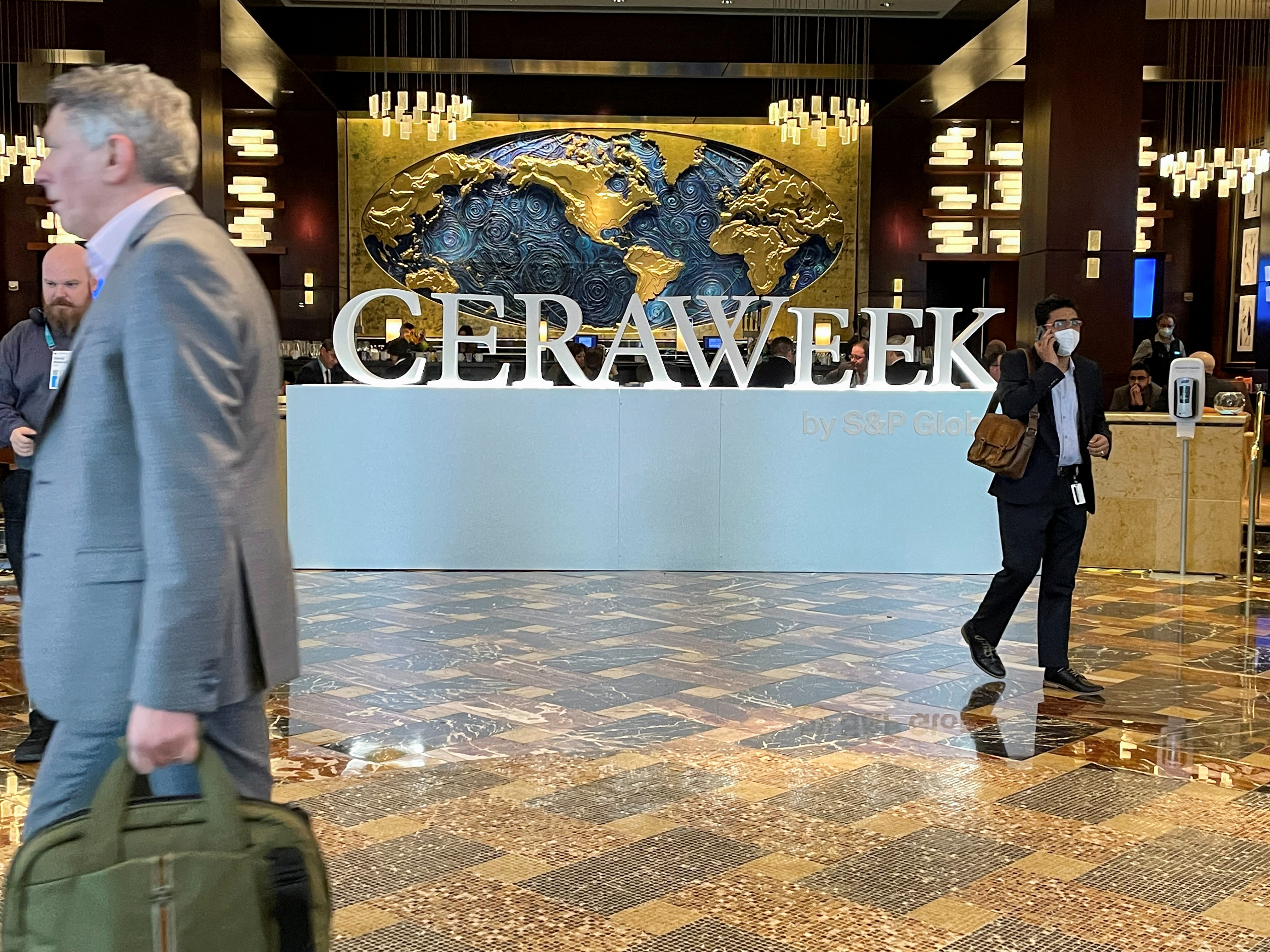 HOUSTON, March 9 (Reuters) – Energy industry leaders said the burgeoning energy crisis is perhaps more dire for Europe’s natural gas market than its crude oil imports, due to the continent’s dependency on Russia and as prices have been sky-high for months.

Panelists at this year’s CERAWeek conference in Houston have stressed increased need for secure energy supply. European gas markets have been in turmoil since last year as Russia slowed pipeline flows and as Asian demand for liquefied natural gas (LNG) surged, driving up prices across the globe.

“There’s just no additional LNG that’s coming online to bridge the gap for the gas that’s going to be needed by Europe next year – and it was cold in Asia, and Asia has no other alternative,” said Michael Smith, founder and chief executive of Freeport LNG.

Russia is the world’s largest exporter of natural gas, shipping out roughly 23 billion cubic feet of gas every day (bcfd), of which about 90% goes to Europe or Eurasia. About half of that goes to Germany, Italy, France and Belarus.

Russia has more proven natural gas reserves than any other nation. The European Union has not elected to stop buying Russian gas, though Britain on Tuesday said it will phase out purchases of Russian oil and gas by year end. However, flows via Russian pipelines to Europe slowed last year in what some U.S. officials called a deliberate attempt to weaken Europe months ahead of Russia’s invasion of Ukraine.

Gas prices spiked last year and have remained elevated due to low storage and stronger-than-expected demand from Asia, which is becoming a big importer of liquefied natural gas (LNG) from producers like the United States, Qatar and Australia.

The U.S. natural gas futures price has risen steadily, yet at $4.525 per million British thermal units it remained far below the Asian benchmark at $38.97 and the European at $48.

“Clearly what is happening in Europe is the problem of scarcity of gas. It’s not oil,” Gabriel Obiang Lima, Equatorial Guinea’s minister of hydrocarbons said at the conference. read more

The United States currently exports just about all it can in LNG – about 12.6 bcfd to destinations across Europe and Asia. One billion cubic feet is enough for about 5 million homes for a day.

It takes years to build terminals for liquefaction and re-gasification of the fuel supercooled into a liquid for transportation by tanker. After several years of development of new plants, the last three years have seen very few new projects started.

Andrew Walker, vice-president of Cheniere, the largest exporter of U.S. LNG, said the crisis in Europe exposes the need for an increase in long-term natural gas contracts to supply reliable energy required to enable the transition to renewable energy.

Two years ago, natural gas prices fell to historical low levels, leading to concerns of oversupply and a reduction of long-term contracts.

U.S. solar installations to contract this year on inflation