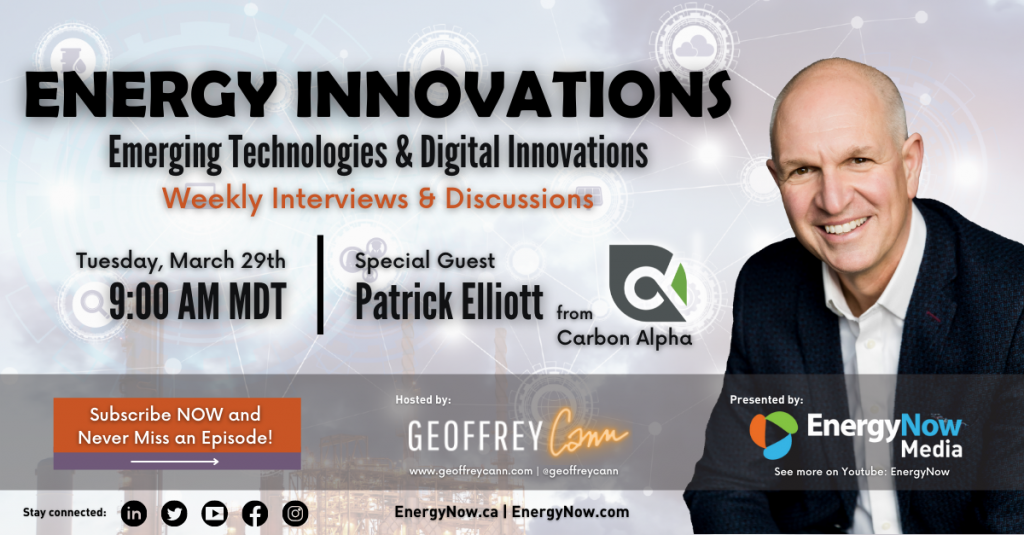 Visit our YouTube Page to Subscribe and don’t forget to hit the bell to catch our weekly ENERGY INNOVATIONS interview with the industries leading bright minds and emerging technologies.

Each show will air at 9am MST every Tuesday morning.

Join Us in welcoming Patrick Elliott from Carbon Alpha as our first guest on Energy Innovations.  Here is a bit of information about Patrick and his company Carbon Alpha.

Patrick Elliott is the COO and co-founder of Carbon Alpha, a private company focused on evaluating, developing and operating carbon sequestration assets within the emerging Canadian CCS industry.  Prior to co-founding Carbon Alpha, he was the Executive Vice President and co-founder of Jupiter Resources, a private Calgary-based energy company, which grew to become the 9th largest natural gas producer in Canada. From 2007 to 2014, Patrick was Vice President of Business Development and a co-founder of Canbriam Energy. Since 2018 Patrick has been an Associate at Creative Destruction Lab – Rockies and is an Investment Advisor at UCeed Energy Transformation fund at the University of Calgary.  Patrick has been involved in developing, acquiring, and managing natural resource assets and teams for more than 27 years and is passionate about leadership, entrepreneurship and technology innovation.  He holds a BSc (Hons) in Geology from the University of Western Ontario and is a Professional Geologist with APEGA. 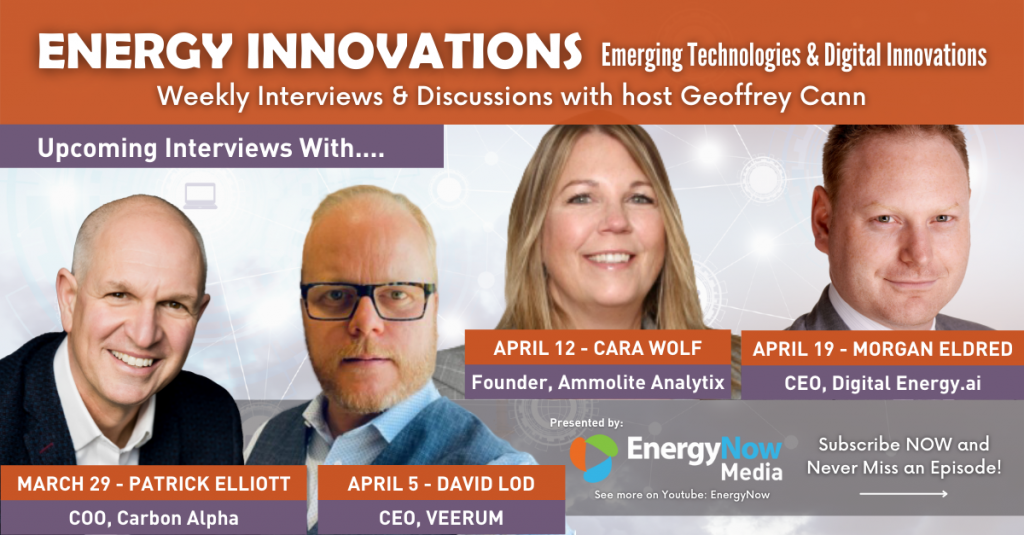