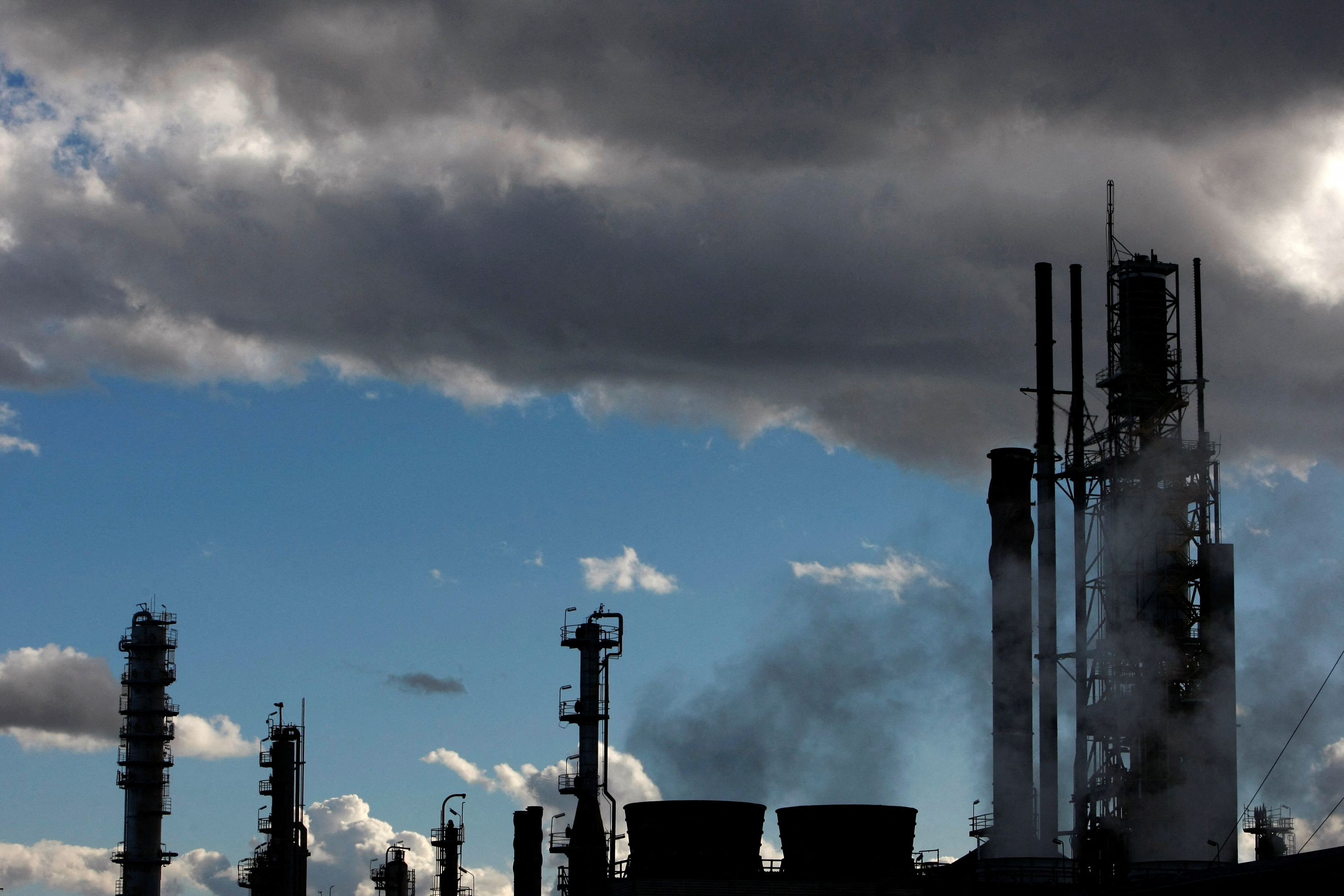 Steam and other emissions are seen coming from funnels at an oil refinery in Melbourne June 24, 2009. REUTERS/Mick Tsikas

Feb 8 (Reuters) – The world’s top oil and gas companies have set varying targets to reduce greenhouse gas emissions from their operations and the use of the products they sell.

Some companies, including BP, Norway’s Equinor and Spain’s Repsol, aim to reduce some or eliminate all of their emissions in absolute terms by 2050.

Others, including Total, are focusing on reducing the carbon intensity of their operations and products.

Intensity-based targets measure the amount of greenhouse gas (GHG) emissions, such as methane and carbon dioxide per unit of energy or barrel of oil and gas produced. That means absolute emissions can rise with growing production, even if the headline intensity metric falls.

Reducing emissions will require a well-functioning market for carbon, the scaling up of carbon capture and storage technology and the development of competitive uses of hydrogen, many of the companies have said.

The table below shows details by company (in alphabetical order):

NOTE: 1) Scope 1 refers to emissions from a company’s direct operations, such as a diesel generator on an offshore platform

2) Scope 2 are emissions from the power a company uses for its operations, such as gas-powered electricity purchased

3) Scope 3 includes emissions from products sold, such as gasoline sold at petrol stations or jet fuel sold to an airline

LNG market dynamics may be shifting to geopolitical drivers

Russia may use field hit by U.S. sanctions for gas exports to China