Bezos Slams Biden Over Call for Lowering of Gas Prices

The Energy Month Innovators of 2022: Watch Their Presentations HERE 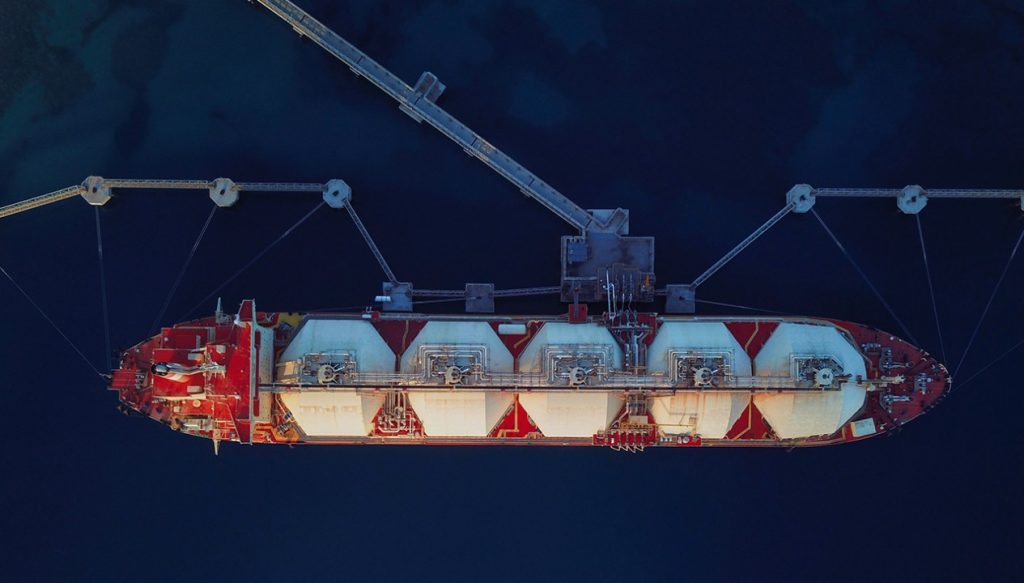 Ten 10 U.S. senators from cold-weather states have written to U.S. Energy Secretary Jennifer Granholm, expressing concern about getting affordable, reliable natural gas for their constituents’ homes and businesses in the dead of winter.

Yet, instead of supporting increased natural gas production and the construction of natural gas pipelines, processing stations, power plants and other infrastructure, the senators’ go-to solution is to go after U.S. exports of liquefied natural gas (LNG) – especially troubling with the Russia-Ukraine situation and with energy supply challenges across Europe.

Notably, seven of the 10 senators represent New England states, where nearly every winter we’re talking about families there getting hit in their wallets because of constrained natural gas supplies amid high demand. Indeed, the U.S. Energy Information Administration (EIA) just reported that the benchmark price for natural gas in New England during January was the highest monthly average price since February 2014.

Weather-related factors played a role – as they often do this time of year – but EIA also cited regional natural gas pipeline constraints:

From January 7 to 21, 2022, natural gas-fired generation in New England declined 14% compared with the period from December 31 to January 6, according to our Hourly Electric Grid Monitor. Natural gas pipeline constraints limited the amount of natural gas that could be delivered to power plants, leading to the reactivation of several power plants that burn fuel oil to help meet electricity demand.

The problem is relatively simple: New England doesn’t have enough natural gas infrastructure to meet winter natural gas demand, either for heat or electricity generation, and hardship has resulted. The sad twist to New England’s tale is that abundant natural gas is practically next door in Pennsylvania, sitting atop the Marcellus shale.

Unfortunately for New Englanders, this has been their plight for a number of years, as state and local leaders and a number of communities have blocked additional infrastructure needed to help meet demand. In 2022, it’s a case of same tune, different verse. Michael Giaimo, API Northeast Region director, for CommonWealth Magazine:

New England sits a few hundred miles away from one of the most prolific natural gas producing-regions in the world, yet anti-consumer policies at the cost of pragmatism have blocked construction of critical pipeline infrastructure needed to transport domestically produced natural gas to markets here. So, we as a region are forced to turn to Russia, Trinidad and Tobago, and other places across the globe. … All the constraints and complaints about pipeline construction and natural gas generation have done nothing to decrease demand for power, which is expected to continue to rise.

Instead of focusing on this recurring infrastructure/supply problem that is impacting their constituents, the senators want Granholm to consider halting approvals for LNG export facilities. And then the question is whether at some point the group might push for reducing or stopping LNG exports themselves.

There are a number of good reasons it would be a bad idea to reduce or ban American LNG exports.

They help advance global stability by helping allies. While the senators acknowledged the importance of U.S. energy to Europe in the Russia-Ukraine crisis, they say it should be balanced against potential domestic cost impacts. API’s view is that American LNG is critically important to Europe now and could play a long-term role in Europe’s energy security and decarbonization goals.

To the contrary, removing American LNG from the global market could cause serious problems for U.S. allies. “One really good way to ruin our standing in the world is to violate those contracts [for U.S. LNG] at a time of high energy costs,” API President and CEO Mike Sommers told CNN in December.

Removing them also could hinder the potential environmental benefits of exported LNG, as other nations use the cleaner fuel to reduce their carbon dioxide emissions.

The senators’ chief concern is domestic prices, so let’s tackle that one again.

First, the question has been thoroughly studied. Both the Obama and Trump administrations concluded that rising LNG exports would have a negligible effect on prices here at home

About 10% of all U.S. natural gas is exported as LNG, and as Dustin Meyer, API vice president for Natural Gas Markets, explained last fall, during the second half of 2019, when exports nearly doubled, domestic natural gas prices fell to three-year lows. Meyer:

“Historically, the biggest movers of natural gas prices are unexpected departures from norms around supply and demand, such as those caused by weather on the demand side and production disruptions on the supply side. … In contrast, natural gas demand associated with LNG export projects is predictable years in advance and hasn’t been really the type of unexpected market event that would heavily impact prices.”

The concerns of these lawmakers are understandable, but their approach is misguided. The solution for their states and constituents is building additional infrastructure to deliver more natural gas – not damaging U.S. global energy leadership by undermining American LNG exports.

Mark Green joined API after a career in newspaper journalism, including 16 years as national editorial writer for The Oklahoman in the paper’s Washington bureau. Previously, Mark was a reporter, copy editor and sports editor at an assortment of newspapers. He earned his journalism degree from the University of Oklahoma and master’s in journalism and public affairs from American University. He and his wife Pamela have two grown children and six grandchildren.

This year’s commodity surge and oil jump will impact currencies