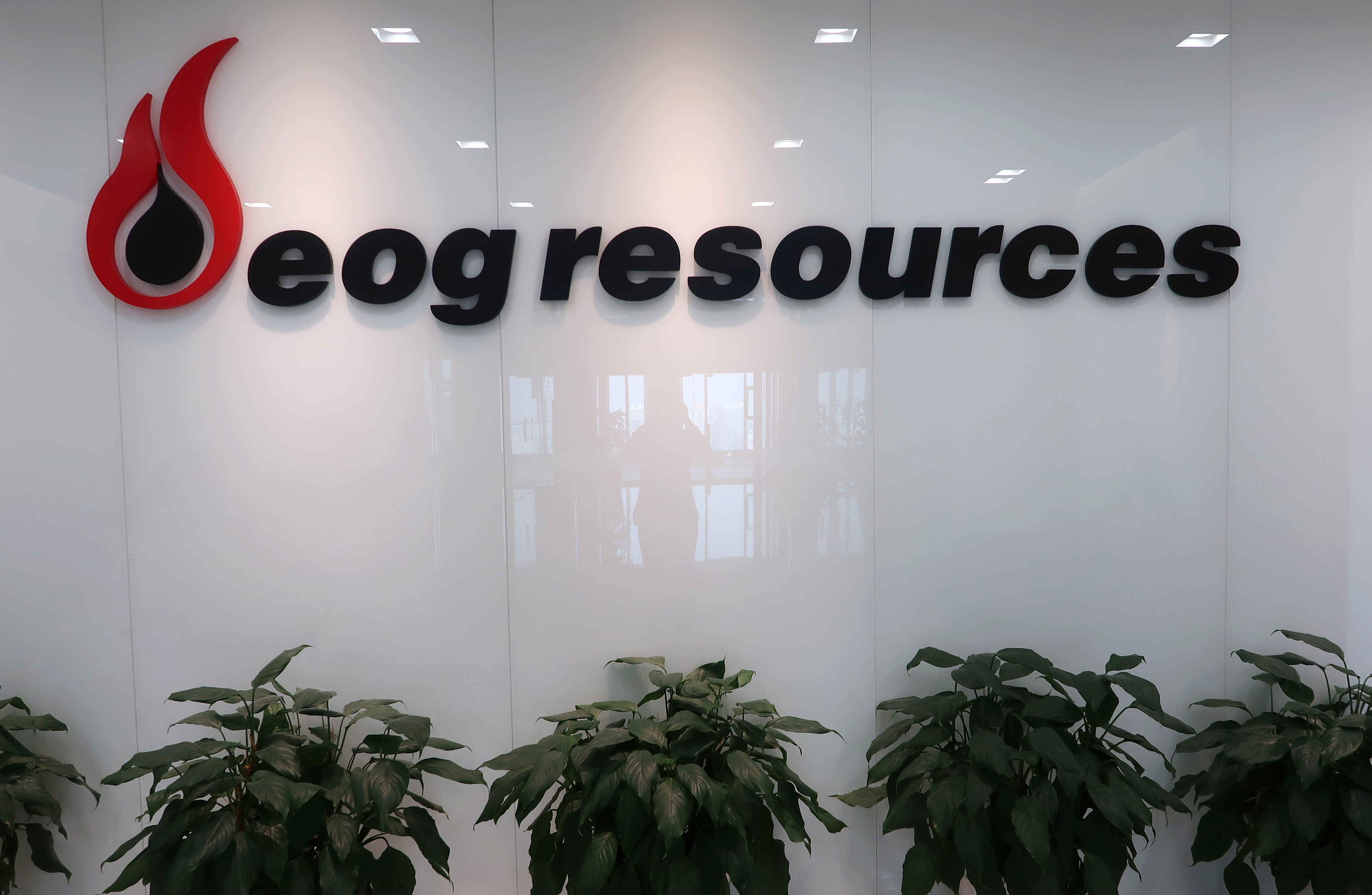 The logo of U.S. oil and gas company EOG Resources is seen in its office in Chongqing, China December 15, 2017. REUTERS/Chen Aizhu

The Houston, Texas-based energy producer emphasized it had no intention of changing its business focus, limiting the project to its own output, reducing so-called Scope 1 and Scope 2 emissions.

The company set a target of net-zero emissions by 2040 and is dedicating 2% to 3% of its spending budget to environmental, social and governance (ESG) issues.

The carbon capture project is located at an EOG-operated area with a concentrated stream of emissions that can be directed to a new injection well for storage, a company spokesperson said.

EOG does not have any partners on the project, the spokesperson added.

Shares of EOG were up about 4.9% to $95.37 in mid-day trading after the company beat Wall Street earnings estimates and took steps to boost returns to shareholders.

On Thursday, the shale oil and gas producer increased its regular dividend by 82% and declared a special dividend of $2 a share. Its board also updated its share repurchase authorization to $5 billion, its first buy-back authorization since 2001.

It has not yet set a timeline for executing the repurchase program.

Shale producers are benefiting from a sharp rebound in crude and natural gas prices after blistering losses during the pandemic. EOG this week reported its most profitable quarter since 2018.

Reporting by Liz Hampton in Denver; Editing by Emelia Sithole-Matarise

FirstEnergy to Sell Stake in Transmission Unit to Brookfield