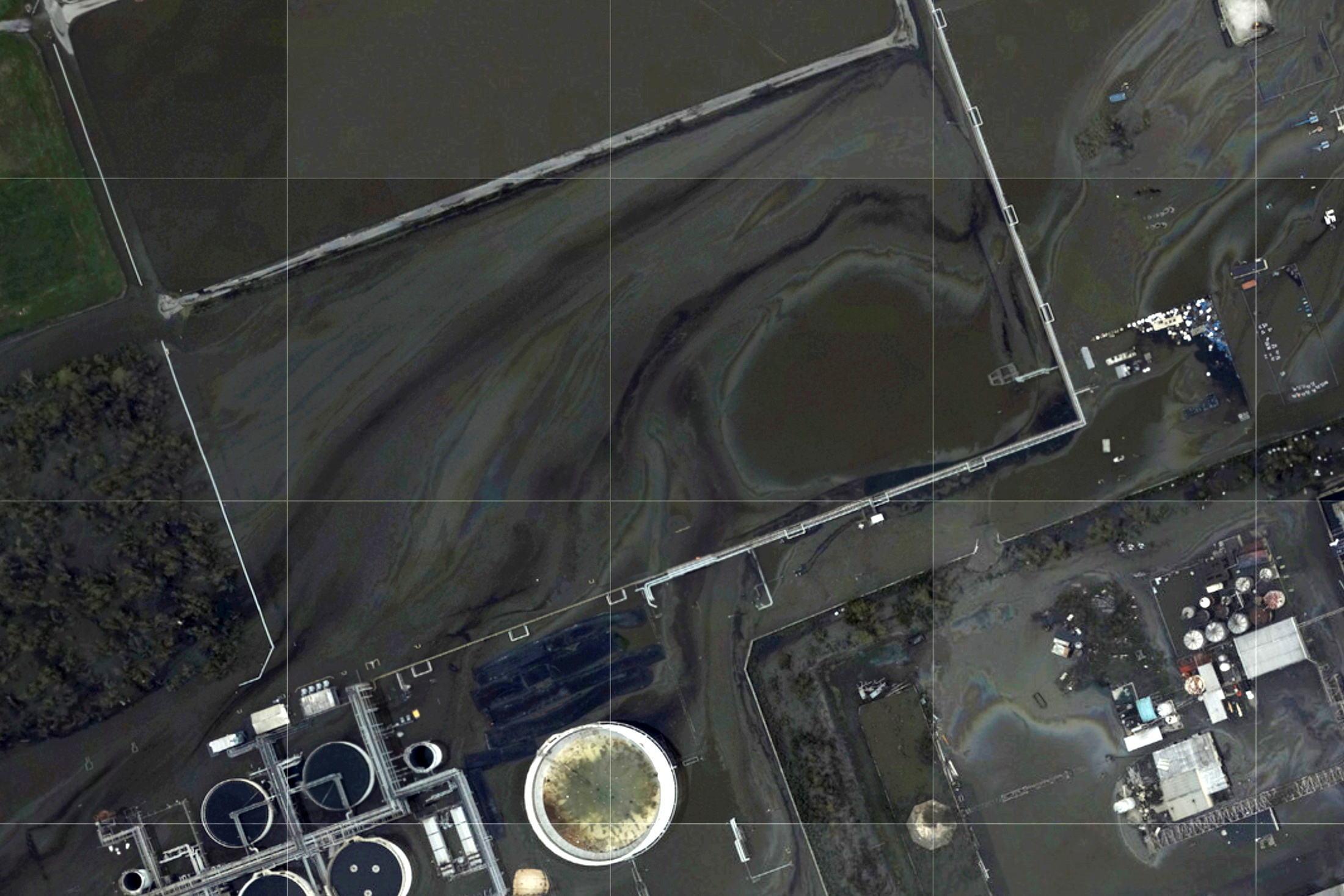 A sheen appears on the flooded property of the Phillips 66 Alliance Refinery, following the passing of Hurricane Ida in an NOAA surveillance photograph taken south of Belle Chasse, Louisiana, U.S. August 31, 2021. NOAA/Handout via REUTERS

HOUSTON, Nov 8 (Reuters) – Phillips 66 (PSX.N) on Monday said it would convert its Alliance refinery in Belle Chasse, Louisiana, to an oil terminal, after a short-lived attempt to sell the hurricane-damaged facility.

The 50-year-old oil refinery was severely damaged after several feet of water flooded it during Hurricane Ida in August. The complex sits about 20 miles (32 km) south of New Orleans on the Mississippi River and has its own docks to receive and ship petroleum. read more

The conversion to an oil storage and export facility is expected to occur in 2022, the company said. Phillips 66 last month wrote down the plant’s value by $1.3 billion.

Alliance employs about 900 workers including 400 outside contractors. About 425 Phillips employees likely will lose jobs, a person familiar with the matter said.

Phillips had years ago considered shutting the facility because of poor profit margins but the U.S. shale oil boom gave it a temporary reprieve, said Garfield Miller, an investment banker at Aegis Energy Advisors.

“They went back to the original thinking,” said Miller.

Phillips had begun marketing the 255,600 barrel-per-day (bpd) refinery before Ida’s flood waters swamped the facility, causing tens of millions of dollars in damage to its electrical and oil processing equipment.

“Our decision was a difficult one, and we understand it has a profound impact on our employees, contractors and the broader Belle Chasse community,” said Phillips 66 Chief Executive Greg Garland.

Three other U.S. Gulf Coast refineries have been offered for sale this year. The planned conversion would bring to six the total number to have stopped processing oil or that have closed during the COVID-19 pandemic.

U.S. refining capacity is about 17.9 million barrels per day, down about 5.8% since 2019 from closures, according to a Reuters tally.

Refinery closings in the United States are drawing to a end, said Andrew Lipow, president of Lipow Oil Associates. A few more could shutter because of new regulations or “where they see the cost of a turnaround … and they shut down,” said Lipow.

In an 8-K filing on Monday with the U.S. Securities and Exchange Commission, Phillips 66 said it “does not expect that these costs (of converting the refinery) are likely to be material to its consolidated financial position, results of operations or cash flows.”

U.S. Gasoline Exports Surge Even as Americans Pay Up at the Pump