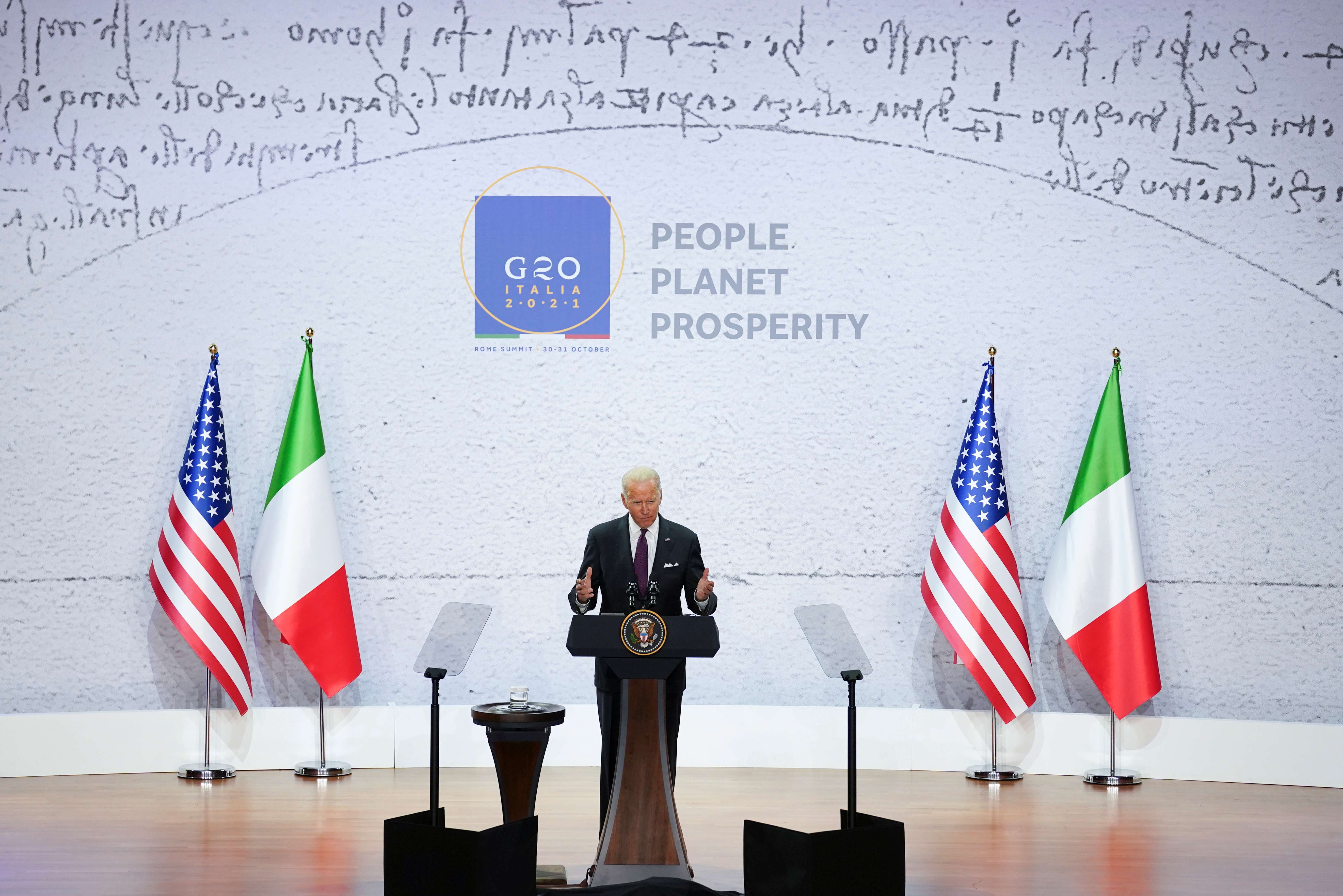 ROME, Oct 31 (Reuters) – U.S. President Joe Biden said on Sunday it was “not inconsistent” for him to push energy-producing nations to increase output of fossil fuels while also urging countries to commit to an energy transition.

Biden spoke to reporters after days of tough negotiations in Rome between leaders of the Group of 20 major economies. He referred to “disappointment” with the lack of progress toward climate goals at the talks, which took place ahead of the COP26 climate talks in Glasgow.

At the talks, Biden also urged energy-producing countries with spare capacity to boost production to ensure a stronger global economic recovery as part of a broad effort to pressure OPEC and its partners to increase oil supply.

“It’s not at all inconsistent in that no one has anticipated that this year we would be in a position, or even next year, that we’re not going to use any more oil or gas,” Biden said.

For example, Biden said, the United States still needs gasoline even as it aims to have electric vehicles make up half of the vehicles on U.S. roads by 2030.

“The idea we’re going to be able to move to renewable energy overnight and … from this moment on not use oil or not use gas or not use hydrogen, it’s just not rational,” Biden said.

COMMENTARY: Oil prices, inflation and the business cycle in 2022