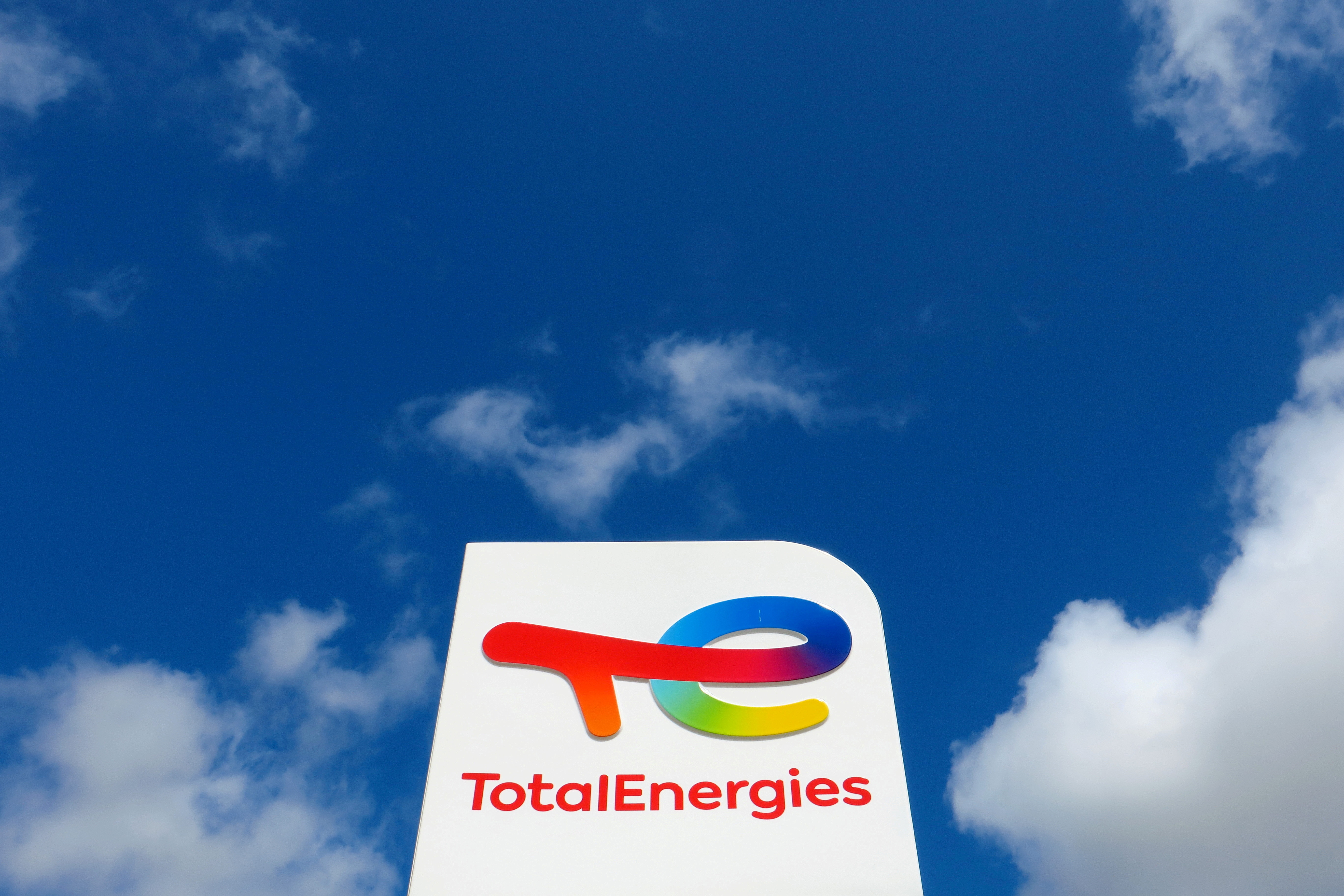 The logo of French oil and gas company TotalEnergies is seen at a petrol station in Ressons, France, August 6, 2021. REUTERS/Pascal Rossignol

The company’s third-quarter adjusted net profit soared to $4.8 billion, from just $848 million last year, from core earnings that more than doubled to $11.2 billion.

CEO Patrick Pouyanne told reporters that low supplies and sustained strong demand would likely keep gas prices high in Europe and Asia until next spring, though they should start to ease off after the winter.

The group, which is aggressively expanding into electricity and renewable energy, estimated its production of gas and crude oil would reach their highest levels since the second quarter of 2020.

It said it should produce between 2.85 and 2.9 million barrels of oil equivalent per day (mboepd) in the last three months of 2021, after it reached 2.814 mboepd in the third quarter.

TotalEnergies also predicted its average sales price for liquefied natural gas (LNG) would rise to more than $12 per million British thermal units (MMBtu) in the last quarter, from $9.10 in the previous three months.

The company confirmed plans to buy back $1.5 billion worth of shares over the final three months of the year, which it had announced in late September on the back of the high power prices. read more

WIND IN THE SAILS

Buoyed by high gas prices, TotalEnergies said its net investments this year should reach close to $13 billion, at the top of a range it announced earlier in the year.

The company, which rebranded last spring, aims to be one of the world’s top five renewable power producers by 2030, though meanwhile it continues to dedicate some three-quarters of its investments to oil and gas. read more

Like its rivals, TotalEnergies has come under pressure from climate campaigners and some shareholders to speed up the shift from fossil fuels to cleaner sources of energy.

Pouyanne said he had “no doubt” the company would reach its 2030 target of 100 GW in renewable energy production capacity, as it looks to add a further 6 GW next year.

He said the company could grow quickly in offshore wind, and would consider buying smaller renewable energy developers.