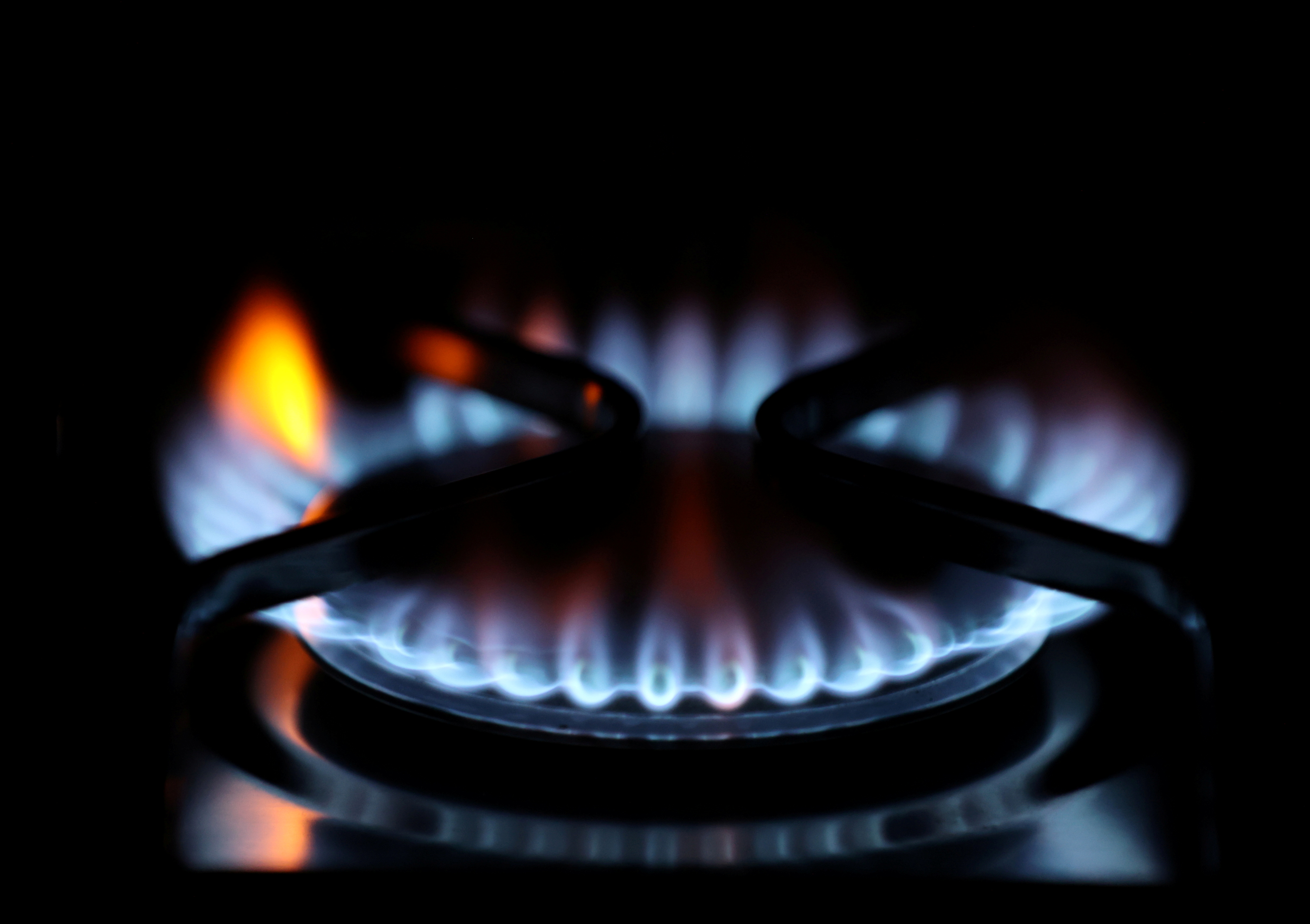 Flames come out of a domestic gas ring of an oven in Durham, Britain, September 23, 2021. REUTERS/Lee Smith/File Photo

Oct 6 (Reuters) – Volatility in U.S. natural gas futures jumped to a record on Tuesday on the back of an energy crunch in major world markets that has sent prices soaring globally.

Natural gas prices are at record levels in Europe and Asia, as major markets like China struggle to find enough fuel to meet demand that has bounced back from the coronavirus-induced downturn faster than anticipated.

In Europe, prices this year have rocketed more than 500%, on worries that current low levels of storage will be insufficient for the winter.

That has fed through to U.S. natural gas futures, which recently closed at 12-year-highs of $6.31 per million British thermal units (mmBtu).

While that is still a far cry from prices in Europe and Asia where natural gas is over five times more expensive, the market has grown increasingly volatile as competition for limited U.S. liquefied natural gas (LNG) exports increases.

In the United States, implied volatility – a measure of expected fluctuations in the market – surged to an all-time high of 122.5% on Tuesday, topping the prior record of 117.5% reached in November 2018.

Part of the reason for the wild moves is merchant commodity firms, hedge funds and other major investors in the market finding themselves exposed to unexpected price rallies. Companies that bet the wrong direction on markets are sometimes forced to shift positions quickly to cover their losses, further adding to the volatility. read more

There have been no recent reports of hedge funds failing, but Statar, which invests in gas, reportedly lost about $130 million. By contrast, commodities giant Andurand has posted big returns due to rising prices. 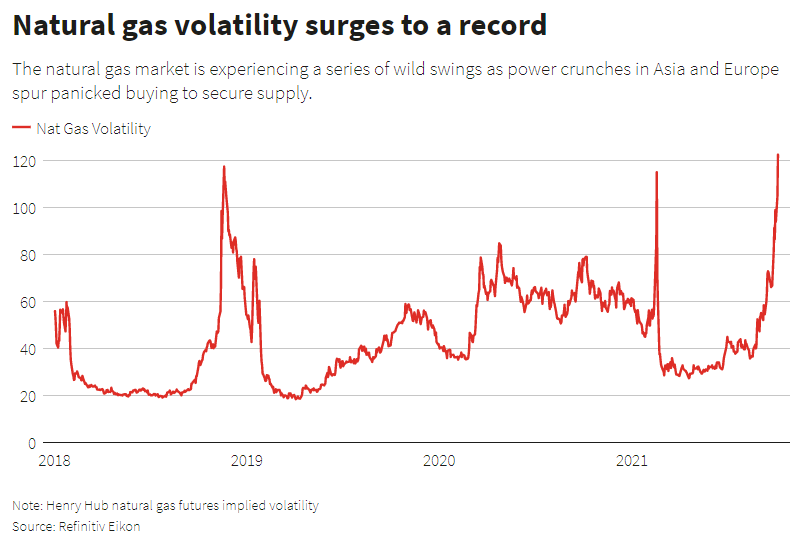 The natural gas market is experiencing a series of wild swings as power crunches in Asia and Europe spur panicked buying to secure supply.

Competition between Europe and Asia for limited LNG cargoes and other energy supplies has led to manufacturers curtailing activity in Europe and sparked power crises in China. Global gas prices have spiked to record highs of around $40 per mmBtu in Europe and $35 in Asia .

The last time volatility spiked so aggressively in November 2018, volume in gas traded on the New York Mercantile Exchange (NYMEX) soared to a record 1.6 million contracts.

On Tuesday, volume on the NYMEX held around 500,000 contracts, a little higher than over the past 30 days but only the most in a day since last week.

However, volumes in the U.S. Natural Gas Fund , an exchange-traded fund designed to track gas prices, soared over 30.2 million shares on Sept. 28, its biggest daily volume since hitting a record 43.1 million shares in November 2018.

Analysts do not expect U.S. prices to reach the lofty levels in Europe or Asia because the United States should have enough gas in storage for the winter heating season and because U.S. LNG export plants were already producing all of the super-cooled gas they can.

The United States only has the capacity to turn about 10.5 billion cubic feet per day (bcfd) of gas into LNG, or about 13% of what the nation consumes domestically.

Global markets will have to wait until later this year to get more from the United States when the sixth liquefaction train at Cheniere Energy Inc’s (LNG.A) Sabine Pass and Venture Global LNG’s Calcasieu Pass in Louisiana are expected to start producing LNG in test mode.