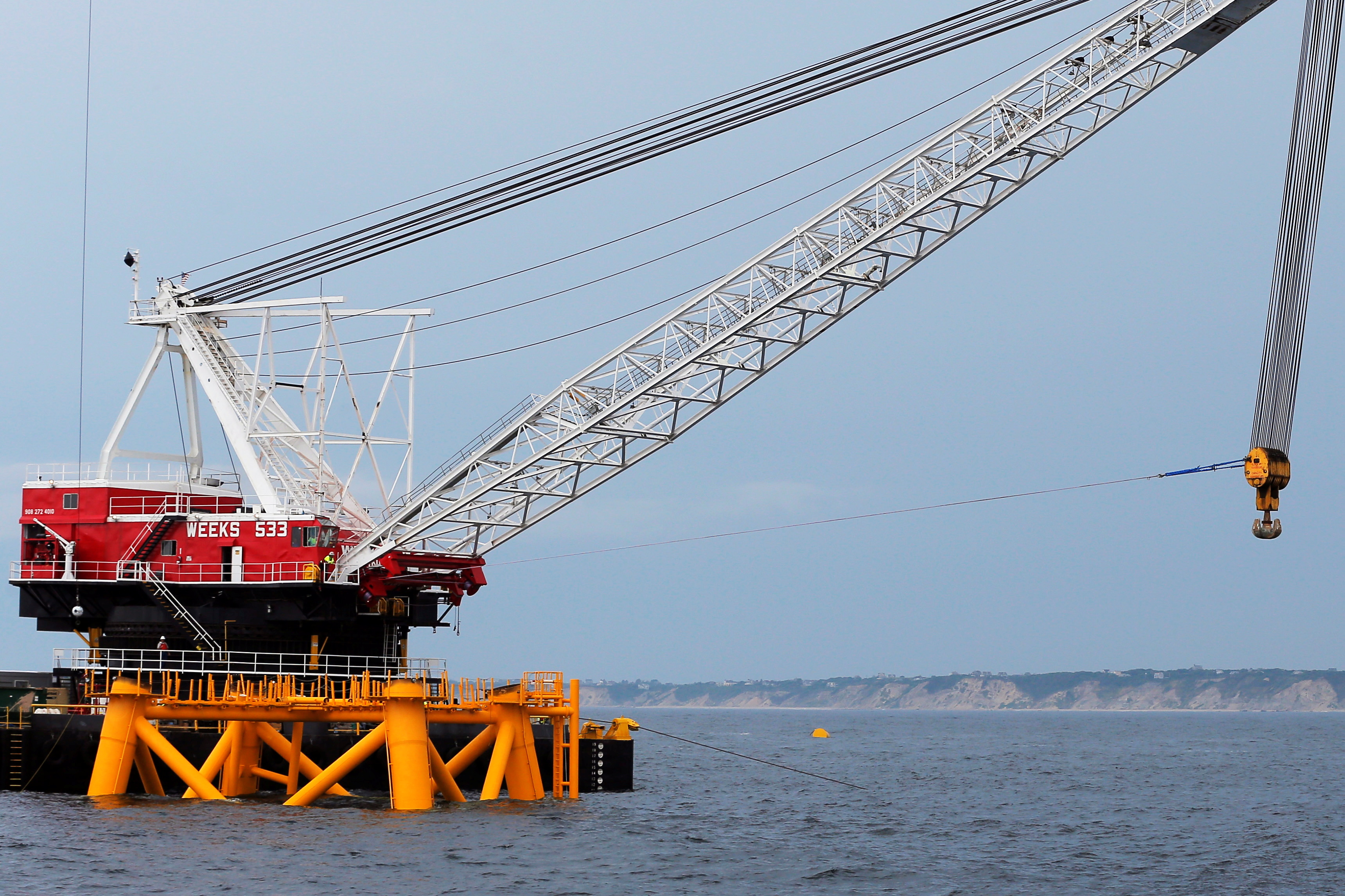 A crane hangs over the first jacket installed to support a turbine for a wind farm in the waters of the Atlantic Ocean off Block Island (rear), Rhode Island July 27, 2015. REUTERS/Brian Snyder/File Photo

Sept 15 (Reuters) – Vineyard Wind, which is on track to be the first major U.S. offshore wind farm, closed on a $2.3 billion loan and will begin construction in Massachusetts as soon as this week, the project’s developer said on Wednesday.

The senior debt financing allows the project, a joint venture between Avangrid Inc (AGR.N) and Copenhagen Infrastructure Partners, to mobilize its contractors and suppliers to begin work, the companies said.

That means manufacturers like General Electric Co (GE.N), which is supplying the project’s 62 turbines, can start procuring materials and hiring workers.

The U.S. government approved Vineyard Wind in May, billing it as the inauguration of a new domestic industry that will help eliminate emissions from the power sector, a critical pillar in President Joe Biden’s climate change agenda.

“Construction will start as soon as tomorrow” on a Barnstable, Massachusetts substation where undersea cables will connect to the power grid on shore, Lars Pedersen, chief executive of Vineyard Wind, said during a conference call with reporters.

Offshore work will start next year, and the project is expected to begin delivering power in 2023.

The project is expected to cost about $3 billion in total, and its owners expect to raise equity financing at a later stage that would qualify for a federal clean energy tax credit, Pedersen said.

Vineyard Wind will be located 15 miles (24 kilometers) off the coast of Martha’s Vineyard and is intended to create enough electricity to power 400,000 homes in New England.

Nine banks participated in the $2.3 billion in financing. They include Bank of America, J.P. Morgan, BBVA, NatWest, Credit Agricole, Natixis, BNP Paribas and MUFG Bank. The company was advised by Santander, which also invested in the project.