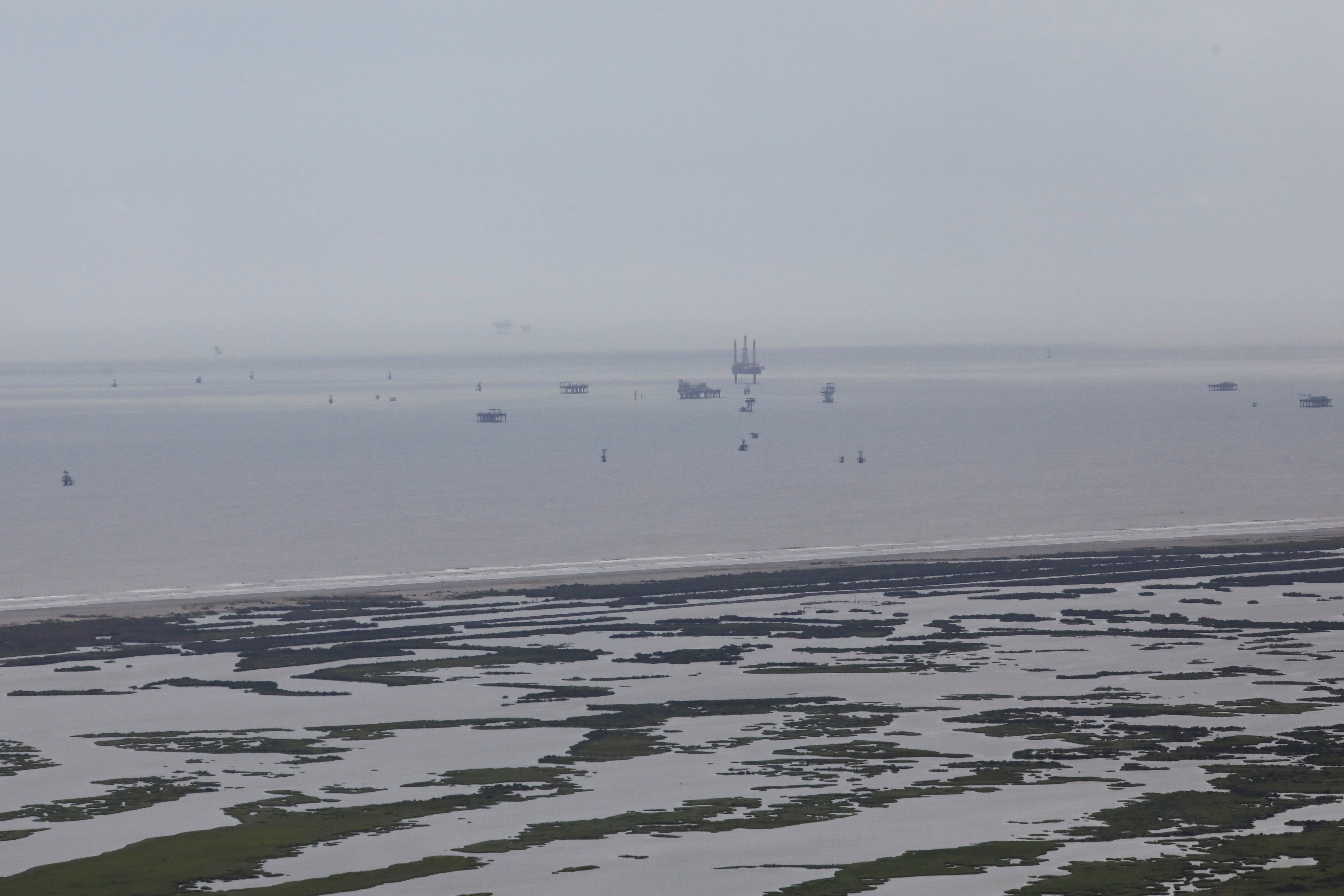 Oil rigs are seen in the Gulf of Mexico after Hurricane Ida made landfall in Louisiana, in Grand Isle, Louisiana, U.S. August 31, 2021. REUTERS/Marco Bello/File Photo

NEW YORK, Sept 6 (Reuters) – More than 80% of oil production in the Gulf of Mexico remains shut in after Hurricane Ida, a U.S. regulator said on Monday, more than a week after the storm made landfall and hit critical infrastructure in the region.

Energy companies have been struggling to resume production after Ida damaged platforms and caused onshore power outages. About 1.5 million barrels per day of oil production, or 84%, remains shut, while another 1.8 billion cubic feet per day of natural gas output, or 81%, was offline, the Bureau of Safety and Environmental Enforcement said.

A total of 99 oil and gas production platforms remain evacuated, down from the 288 originally evacuated.

“The entire region is still struggling with resupply,” said Tony Odak, chief operating officer of Stone Oil Distributor, which supplies fuel to the offshore industry. “The refiners are coming back up slowly, but there is so much infrastructure that needs to be brought back online and inspected as well.”

Five refineries in Louisiana remained shut on Monday, accounting for about 1 million barrels-per-day of refinery capacity, or about 6% of the total U.S. operable refining capacity, the Department of Energy said.

All three refineries in the Baton Rouge area and one near New Orleans have begun to restart, accounting for 1.3 million bpd of refining capacity, DOE said. However, the refiners will not produce at full rates for several days.

The region is still struggling with power outages, after Ida knocked out power to more than 1 million people last week. As of Monday morning, there were still about 573,000 outages due to Ida, including 568,000 customer outages remaining in Louisiana, DOE said.

The U.S. Coast Guard said on Monday it was investigating nearly 350 reports of oil spills in and along the U.S. Gulf of Mexico in the wake of the storm.

The lower Mississippi River and New Orleans ports were reopened to traffic and cargo operations, allowing the resumption of grain, metal and energy shipments.