Products derived from a single barrel of oil 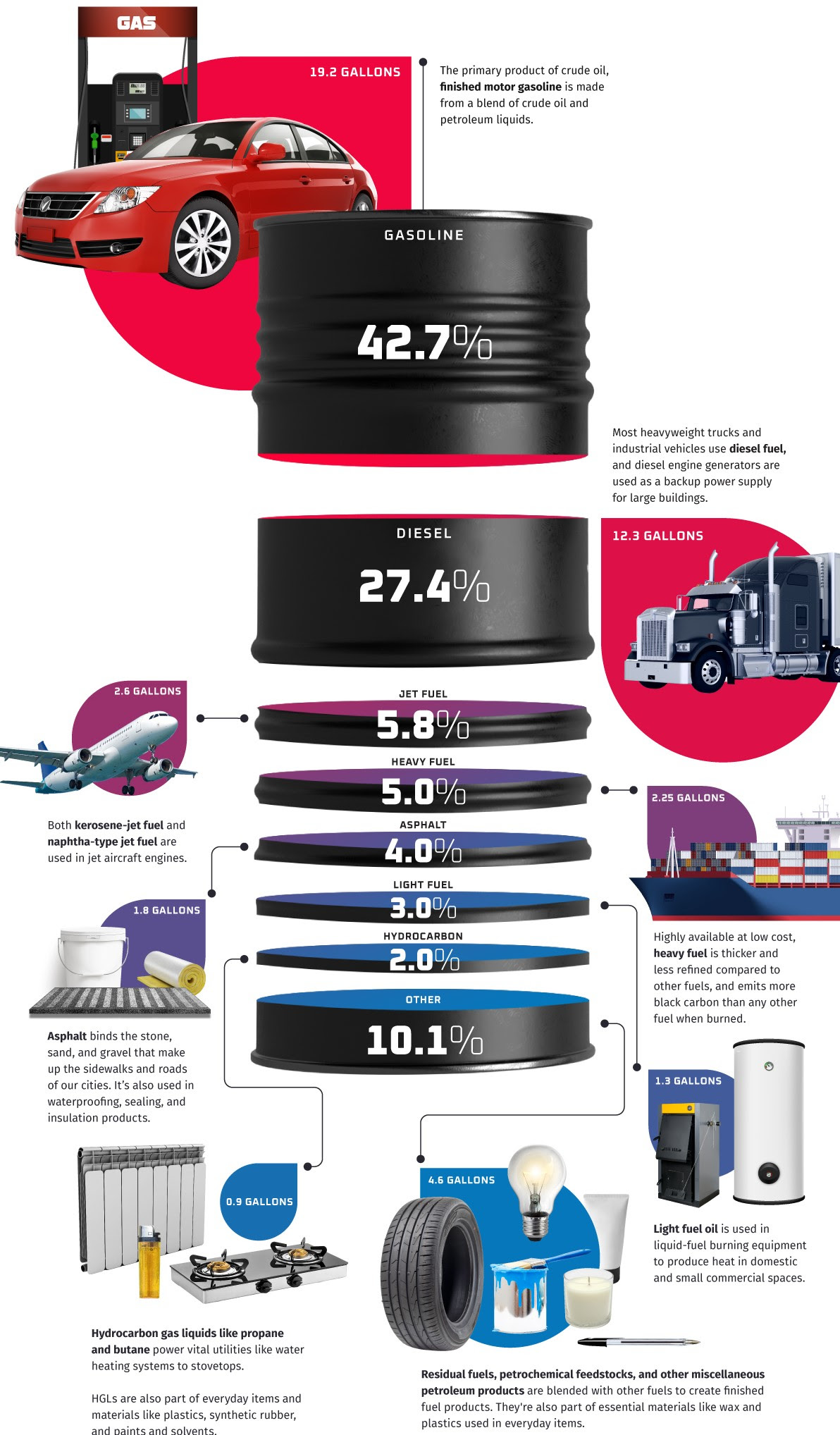 To think about how disrupted oil markets could be in the future, it’s helpful to think about oil’s different end products and the state of the technologies which could replace them.

The electric car is an example of a mature technology. With electric cars making up a greater percentage of new cars being sold, gasoline—the most widely-used petroleum product—is the furthest along its path to being substituted. But it’s a slow process.

Tesla’s New Battery Factory Is Touted by Mayor in California