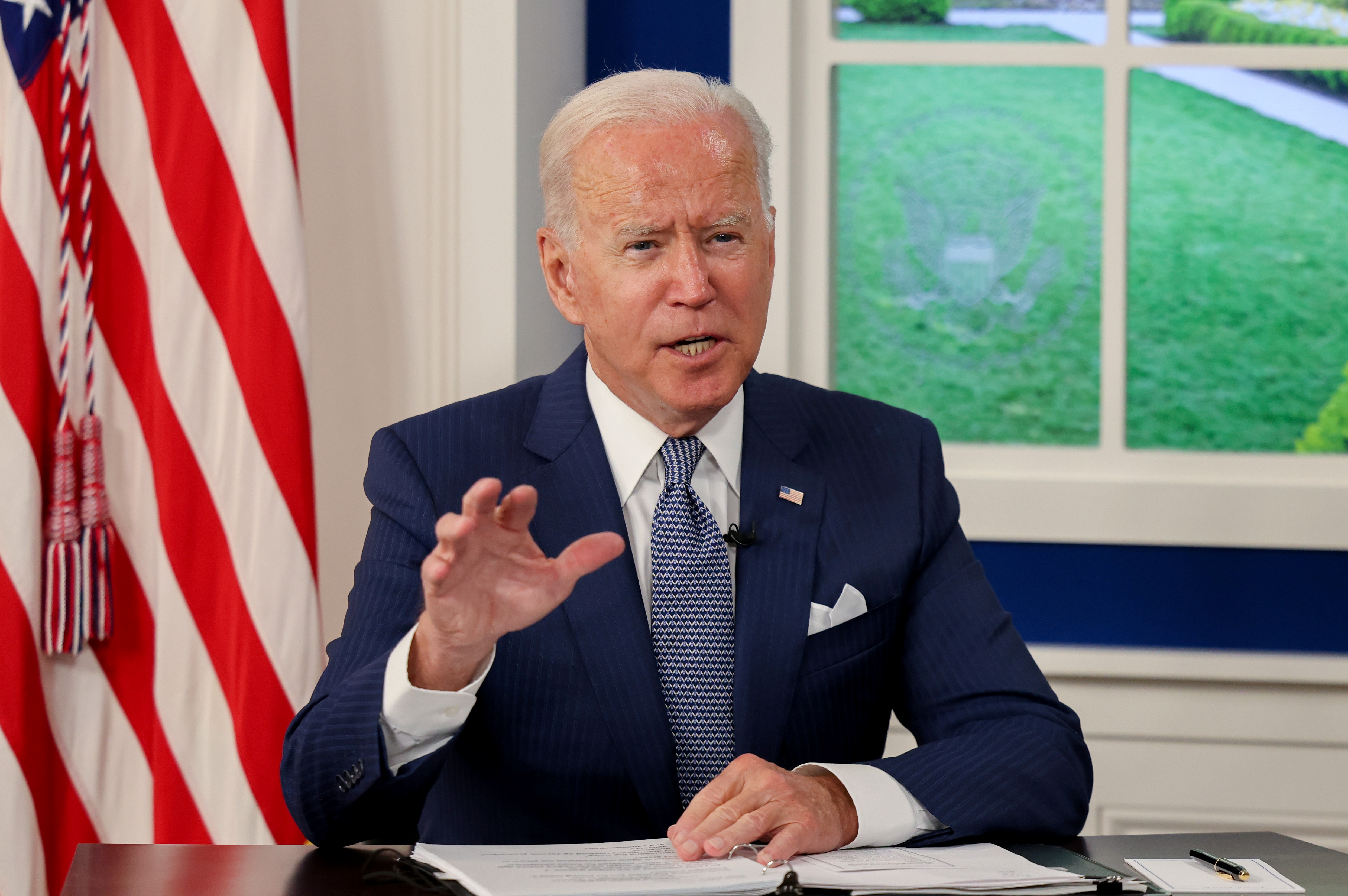 NEW YORK, Sept 22 (Reuters) – The administration of U.S. President Joe Biden is considering big cuts to the nation’s biofuel blending requirements, according to a document seen by Reuters, a move triggered by a broad decline in gasoline demand during the coronavirus pandemic.

If adopted, the proposal would be a win for the oil industry, most notably PBF Energy (PBF.N) and CVR Energy (CVI.N), which argues biofuel blending is costly.

The cuts would anger ethanol producers such as Archer-Daniels-Midland Co (ADM.N) and the nation’s corn farmers who produce the raw ingredients for ethanol – by far the most widely used biofuel.

After Reuters reported the news, credits used to prove compliance with the requirements, called RINs , fell to 92 cents each, down from $1.07 in the previous session, traders said.

Biden’s Environmental Protection Agency, which administers the nation’s biofuel policy, would reduce blending mandates for 2020 and 2021 to about 17.1 billion gallons and 18.6 billion gallons, respectively, the document showed. That would be lower than a level of 20.1 billion gallons that had been finalized for 2020 before the coronavirus pandemic.

The agency also would set the level for 2022 at about 20.8 billion gallons, the document showed.

The EPA is setting the 2020 and 2021 mandates retroactively.

The EPA did not comment for this story, but administration officials cautioned that the numbers are not final and still subject to revisions before clearing an interagency review process. The agency sent a proposal to the Office of Management and Budget to start the review process in August.

Under the U.S. Renewable Fuel Standard, oil refiners must blend biofuels into the nation’s fuel mix, or buy tradeable credits, known as RINs, from those that do.

The policy is intended to help the country’s farmers while also reducing the need for U.S. petroleum imports.

But the policy has been a political lightning rod for years. The farm lobby vigorously supports it because it has helped boost the market for corn . But oil refiners say that the mandates are too costly and threaten to put refineries and their workers out of business.

The coronavirus pandemic has added more complexity to the battle between the industries over the mandates, by decimating fuel demand and hurting oil refiners and biofuel producers alike.

Meanwhile, prices for RINS have shot up this year, and refinery advocates have pointed to those prices as a reason to relieve the industry of some requirements.

RINs reached an all-time high of $2 each in May this year, but speculation around the future requirements has caused prices to fall over the last month.

Biofuel advocates fumed over the news.

“If these rumors are true, this would be backpaddling on the president’s commitments (to) uphold the RFS,” said Growth Energy Chief Executive Emily Skor. “It’s hard to imagine any justification for the administration to make such a move.”

Tesla’s New Battery Factory Is Touted by Mayor in California