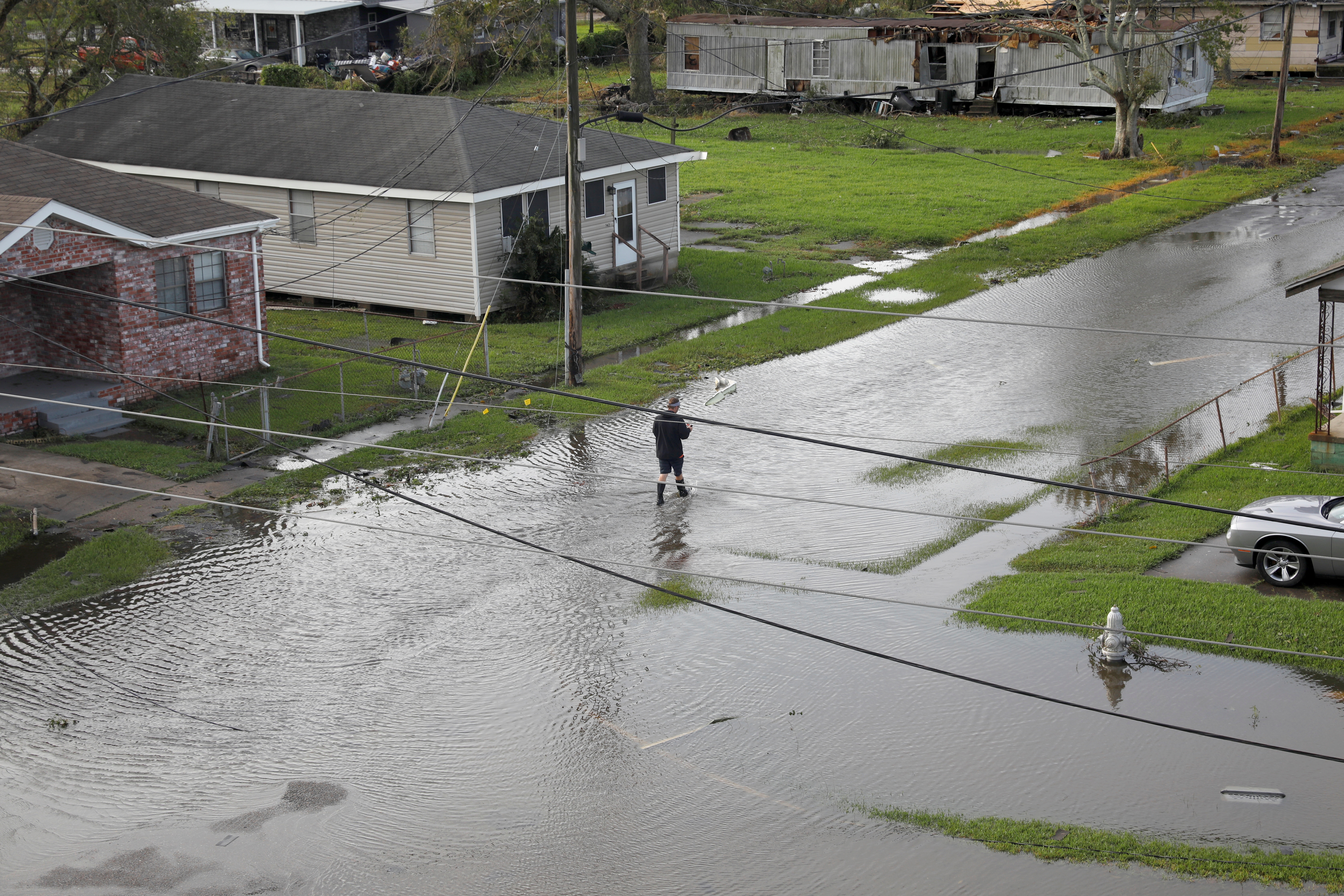 A person walks in a flooded street after Hurricane Ida made landfall in Louisiana, in Kenner, Louisiana, U.S. August 30, 2021. REUTERS/Marco Bello

Enbridge (ENB.TO) said it was mobilizing crews to assess its facilities and had declared it was temporarily suspending some contacts under force majeure on two offshore pipelines, according to the company and shipper notices.

Its pipelines were not operating because offshore oil and gas production remained halted at the platforms it services, a spokesperson said.

“Production remains shut in to our offshore facilities; our onshore assets are operating,” the spokesperson said.

The force majeure contract suspensions were in effect for its Nautilus Pipeline and Mississippi Canyon Gas Pipeline, according to shipper notices.

“Enbridge is in the process of reviewing the status of its employees in the areas impacted by Hurricane Ida. There is currently no ETA on getting employees back out to inspect facilities,” the notices said.

Around 95% of U.S. Gulf of Mexico oil production and 94% of its natural gas production remained out of commission on Monday, according to offshore regulator the Bureau of Safety and Environmental Enforcement. Refineries along the Gulf Coast also cut or halted operations.

Energy Transfer (ET.N) said it was conducting post-hurricane assessments at its Stingray Pipeline and Sea Robin assets, which bring natural gas from the U.S. Gulf of Mexico to hubs in Louisiana, according to a shipper notice.

“Stingray will not be accepting nominations from any location, and operators are required to remain shut in until Stingray has given clearance of our flow,” the company said in a notice to shippers.

Sea Robin, which feeds a compressor station in Erath, Louisiana, posted a similar notice to shippers, requesting that they shut in to allow for post-hurricane assessments.

Enterprise Products Partners (EPD.N) on Monday said assessments were continuing at its facilities.

Reporting by Liz Hampton in Denver; editing by Barbara Lewis