LONDON, July 8 (Reuters) – Wind and solar power capacity expanded rapidly in 2020 while global energy demand cratered because of the pandemic, yet this did not yet reflect a “decisive shift” towards meeting U.N.-backed climate goals, BP said in its annual energy review.

Last year witnessed the biggest fall in carbon emissions in more than 75 years, putting the world closer to the path needed to hit a target of keeping global warming below 2 degrees Celsius this century, BP’s 2020 Statistical Review said.

“Importantly, there was no sign of the decisive shift envisaged” by the less than 2 degrees Celsius scenario, BP Chief Economist Spencer Dale said in remarks ahead of the release of the review, seen as a benchmark for the industry.

“There is a good chance that much of that dip proves transitory,” he said, adding that changes in 2020 were induced by the pandemic and the world still needed “tangible, concrete differences” to meet climate targets.

The economic slowdown in 2020 as countries sought to contain the pandemic led to a 4.5% drop in global energy demand, driven mostly by a 9.3% collapse in oil consumption, the review said.

At its lowest point in April 2020, oil demand dropped by around 20% or 20 million barrels per day.

“This is just off the charts relative to anything seen in history,” Dale said, adding that the slide in energy use would reverse as economies revved up after the COVID-19 crisis. 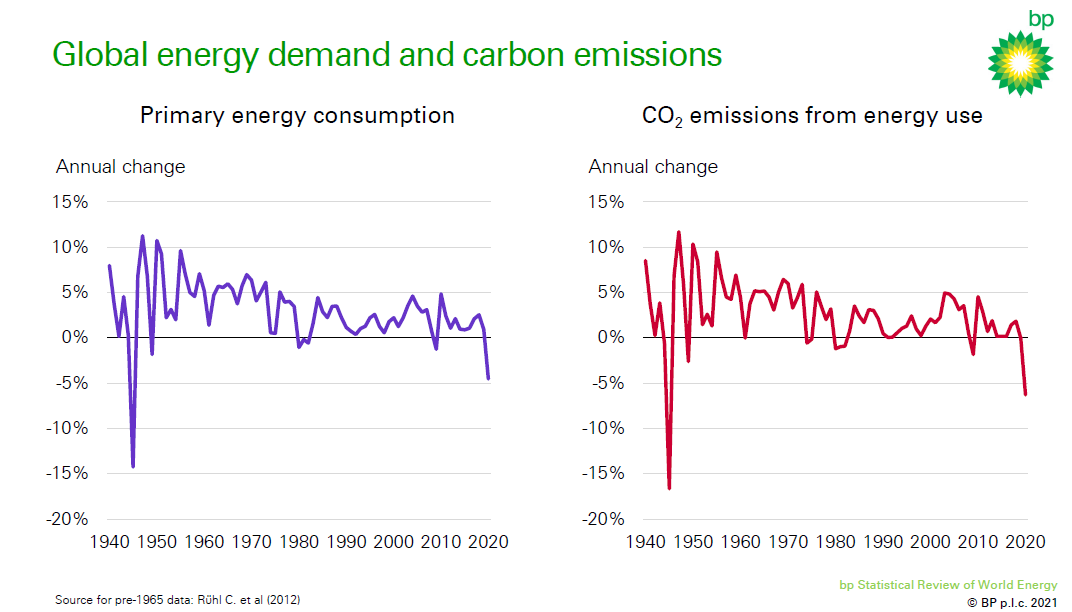 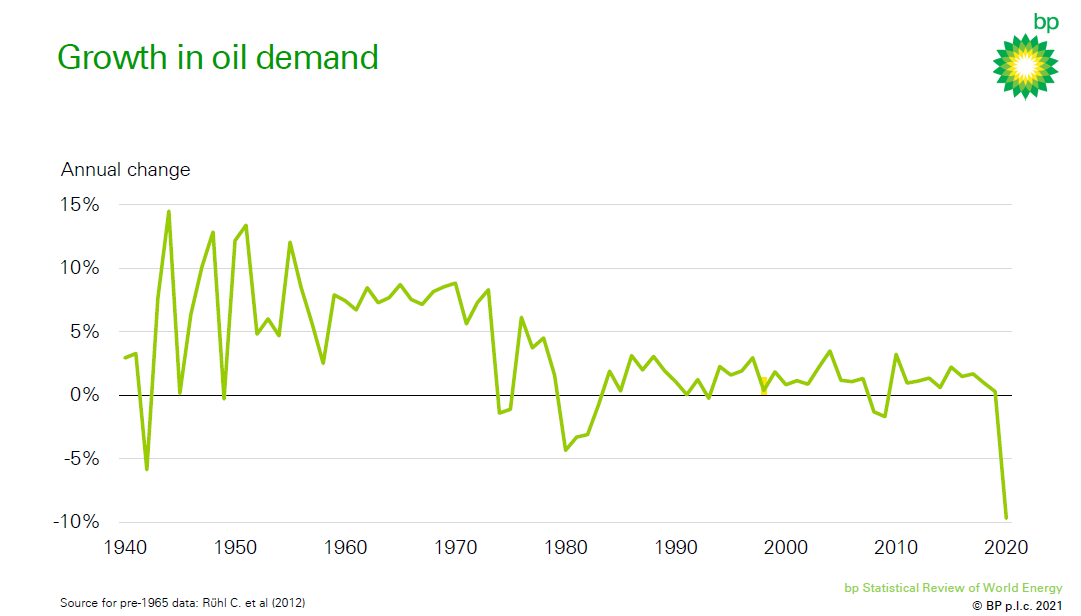 Heat-trapping carbon emissions dropped by 6.3% last year, the biggest fall since the Second World War, breaking a steady climb in recent years even as governments were accelerating their efforts to tackle climate change, the review said.

BP, one of the world’s biggest energy companies, itself aims to reduce emissions from the oil and gas it produces to net zero by 2050, amid pressure on the energy industry to cut greenhouse gas emissions.

“The trends we’re seeing here are exactly the trends we’d want to see as the world transitions to net zero – strong growth in renewables. Crowding out coal is exactly what the world needs to see,” Dale said.

Many oil companies and climate groups have called for governments to set a price on carbon in order to boost the use of renewables and low-carbon energy.

In Europe, which has one of the world’s most active carbon trading markets, the price of carbon rose in recent weeks to an all-time high of more than 59 euros ($69.76) per tonne. 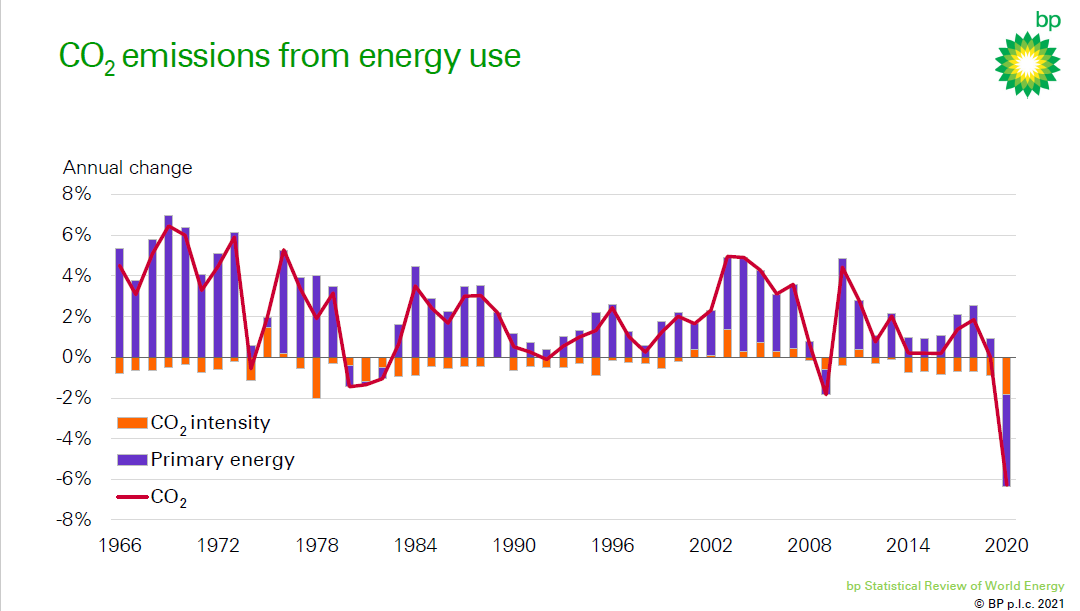 “The increase in installed capacity last year was 50% bigger than at any time seen in history, despite the world (being) in turmoil, despite the largest peace-time recession,” Dale said.

The growth in renewables last year came largely at the expense of coal-fired generation, which experienced one of its largest annual declines on record of 4.4%. 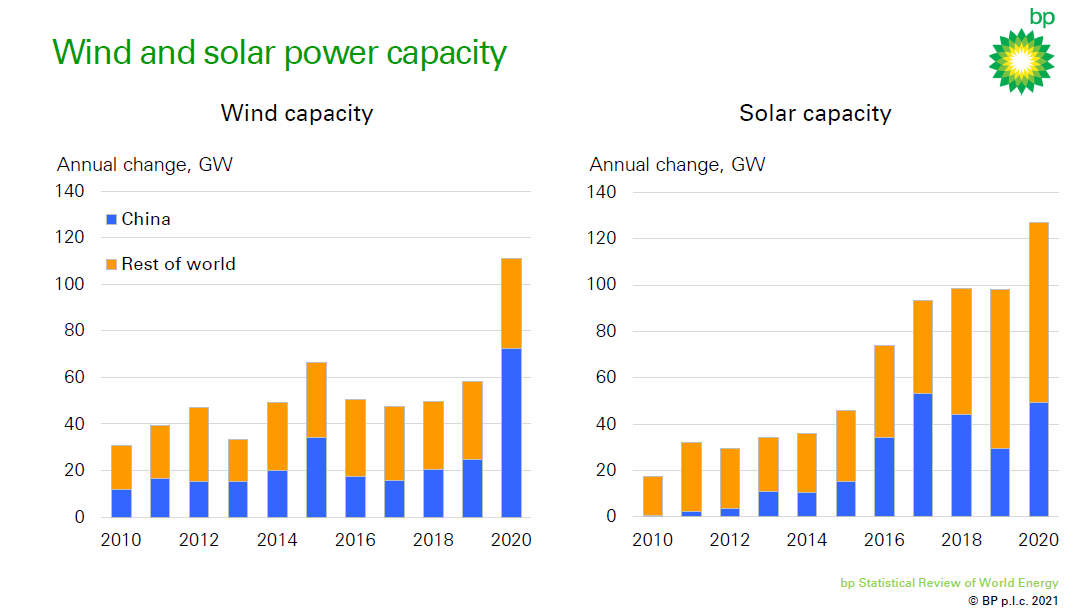 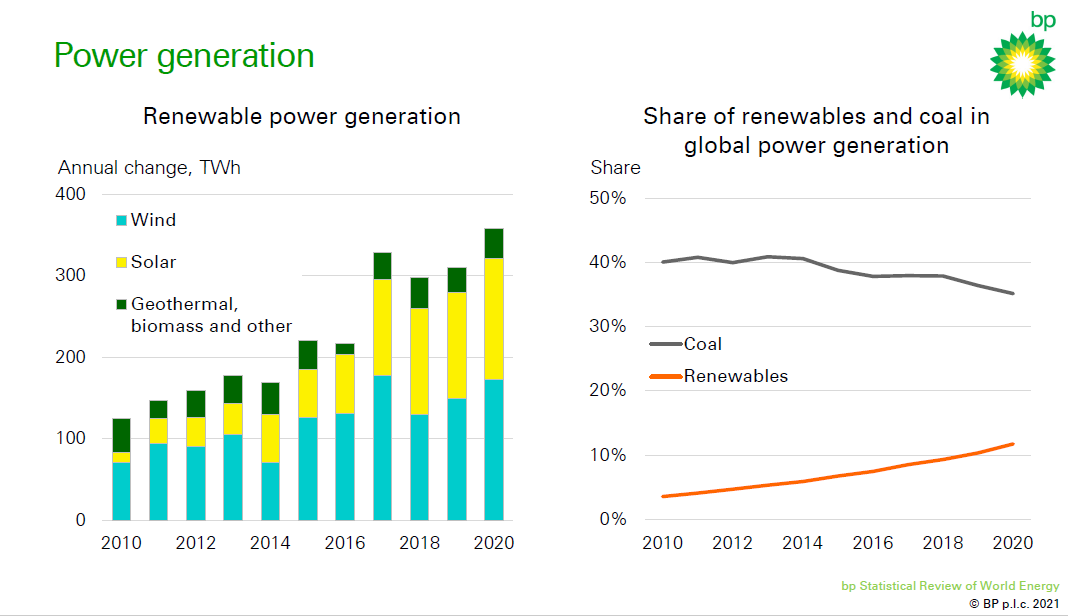