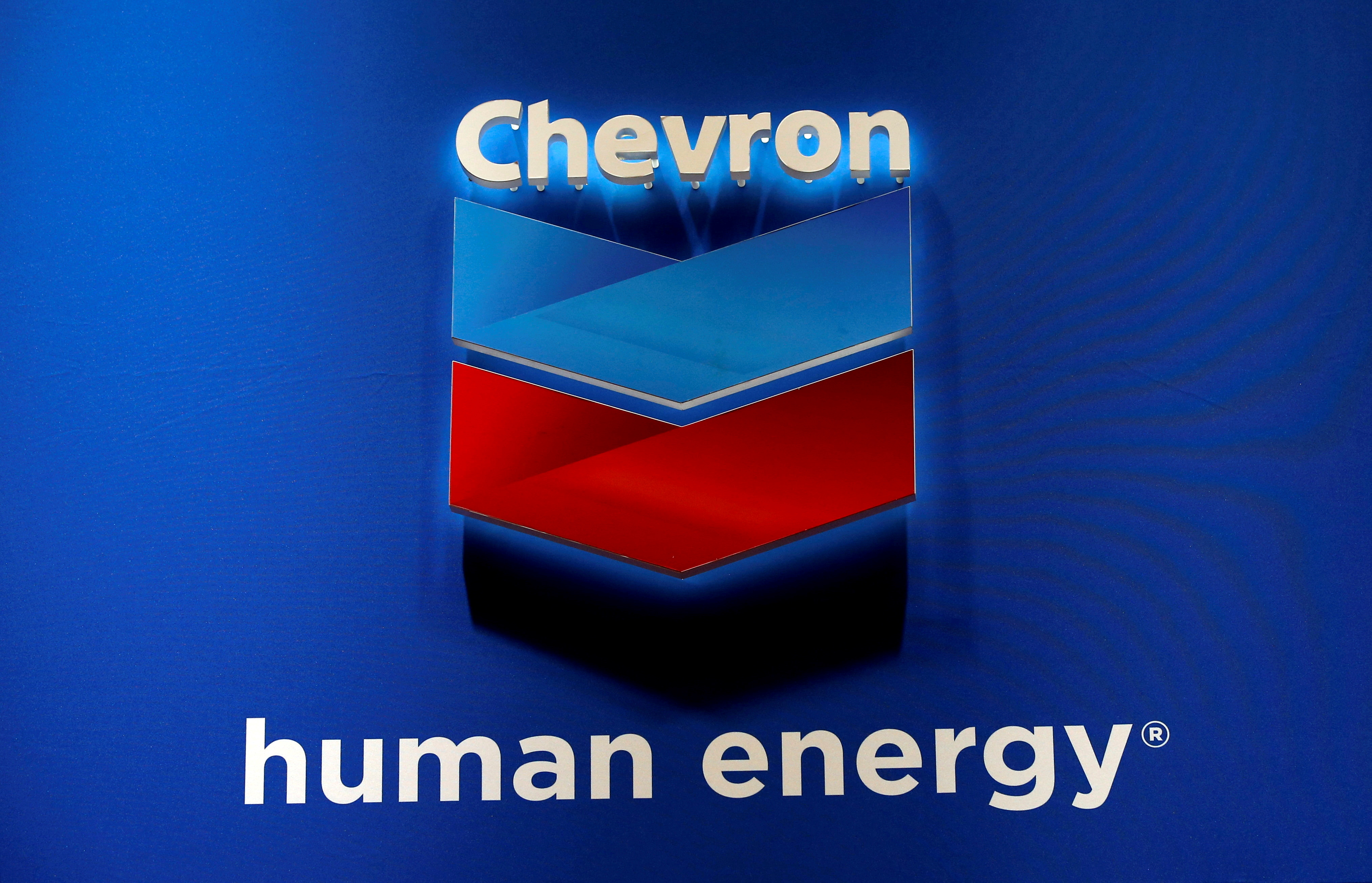 The logo of Chevron Corp is seen in its booth at Gastech, the world’s biggest expo for the gas industry, in Chiba, Japan April 4, 2017. REUTERS/Toru Hanai/File Photo

Idling the shut 52,000-bpd FCC would be part of converting the refinery on the Houston Ship Channel to a simpler hydroskimming configuration, the sources said.

The FCC was shut on June 1 by a malfunction that knocked the unit out of operation.

“They are investigating if it makes sense to repair the FCC,” one of the sources said.

A decision on the FCC’s future is expected this month, the sources said.

In March, Mark Nelson, the company’s executive vice president of downstream and chemicals, said Chevron was looking for ways to expand processing of light-tight oil it produces from the Permian oil field in Texas to supply retail locations along the Gulf of Mexico.

“We continue to test alternatives for capital-efficient ways to expand our light-tight oil processing capability,” Nelson said during an investor day presentation in answer to an analyst’s question about the company’s plans for the Pasadena refinery.

“We’re leaning towards a hydroskimming focus in that regard,” Nelson said. “Again, a capital-efficient approach because we’re in search of high returns.”

A hydroskimming refinery usually has an atmospheric crude distillation unit, a reformer and a hydrotreater.

Idling the FCC could lead to closure of 40% of the units at the refinery, the sources said.

Chevron bought the refinery in 2019 for $350 million from Petrobras (PETR4.SA) plus working capital.