Liquefied natural gas (LNG) prices are poised for more gains as gas-hungry China guzzles cargoes to feed a rebound in economic growth while the easing of coronavirus-induced restrictions restores industrial demand in India.

“We believe this has been driven by a tightening of Asian LNG balances led by strong generation demand in southern China at the same time that South Korea reached peak nuclear maintenance, while Covid-hit India LNG demand has stabilized,” analysts from Goldman Sachs said in a note earlier this week. 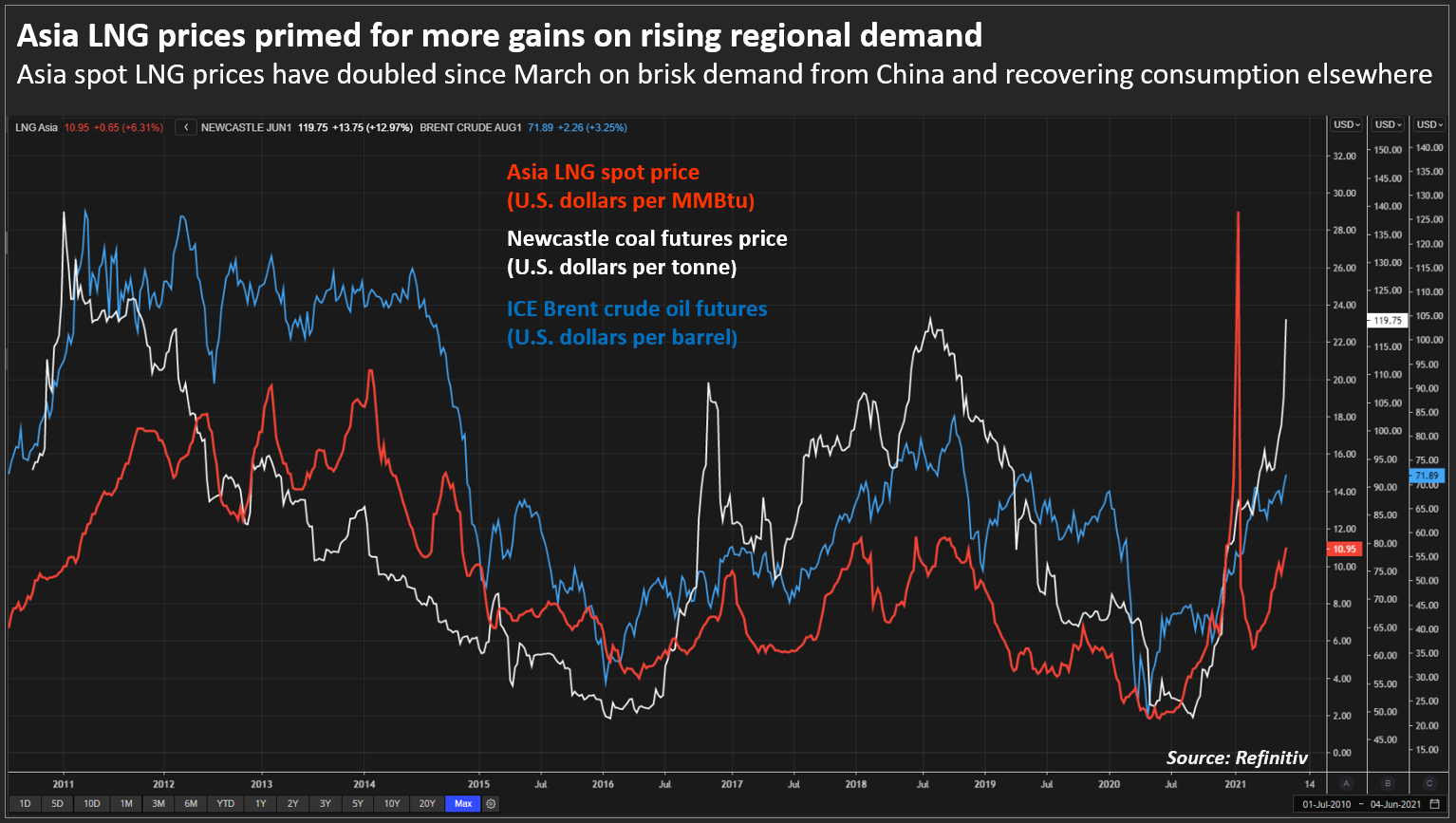 China imported more than 7 million tonnes of LNG in May, a record for that month, and looks set to import more over the next two months driven by strong industrial activity.

“Fuel-switching (from coal) across households and businesses appears to have regained momentum after a brief hiatus, and now has an added policy boost …that is heavily oriented around increasing clean fuels use and decarbonisation,” Fitch Solutions said.

South Korea’s newest and biggest nuclear reactor, Shin Kori-4, shut last month after a fire, which is expected to boost LNG demand. An official at operator Korea Hydro & Nuclear Power Co said it was not clear when the reactor would resume operations. 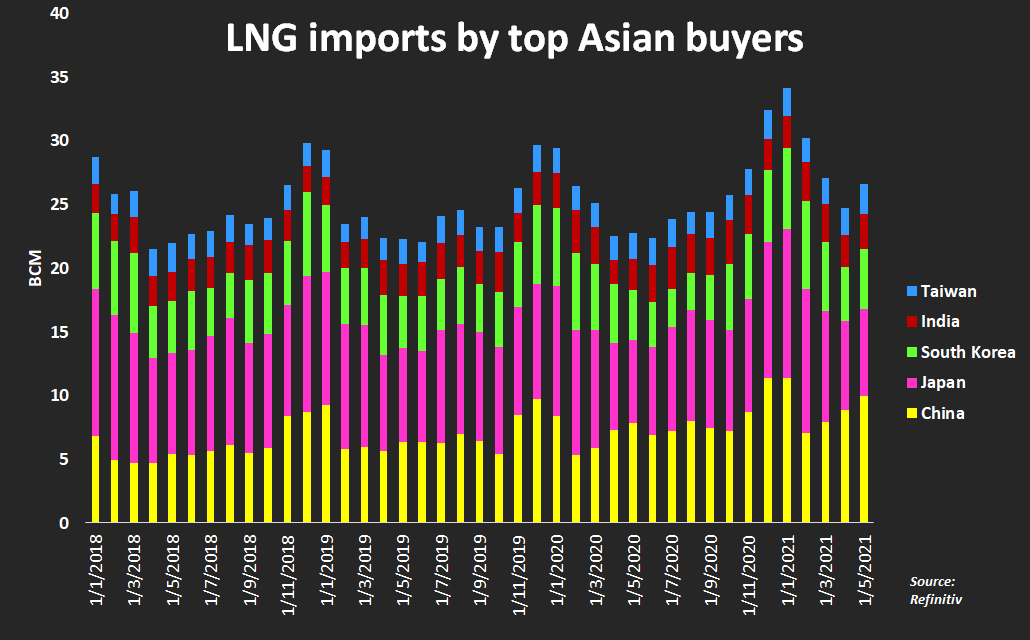 Temperatures in Tokyo, Seoul and Shanghai are expected to be warmer than usual over the next two weeks, according to Refinitiv Eikon weather data, further boosting gas demand in Japan, South Korea and China for power generation. 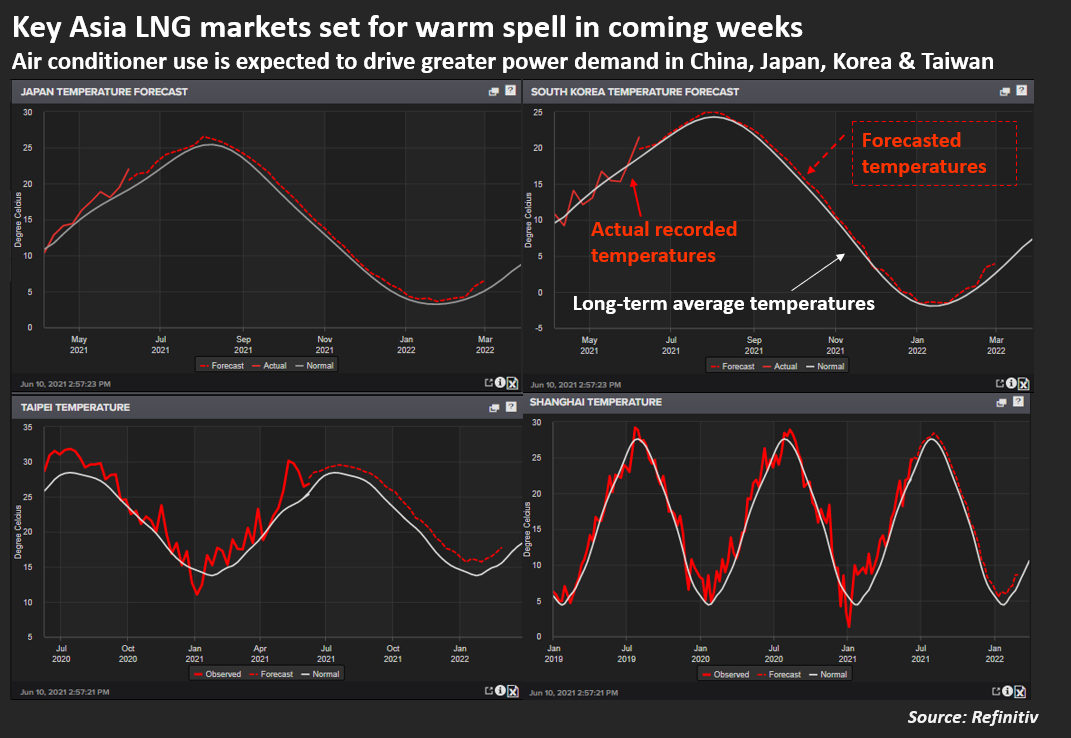 India’s gas consumption is seen recovering in June after declining in the previous two months, as states ease restrictions in the wake of a drop in coronavirus infections, officials said this week.

Gas consumption in the world’s fourth largest LNG importer could grow by 6% to 8% in the current fiscal year if the country emerges from the pandemic, Manoj Jain, chairman of GAIL (India), India’s biggest gas pipeline operator, said. 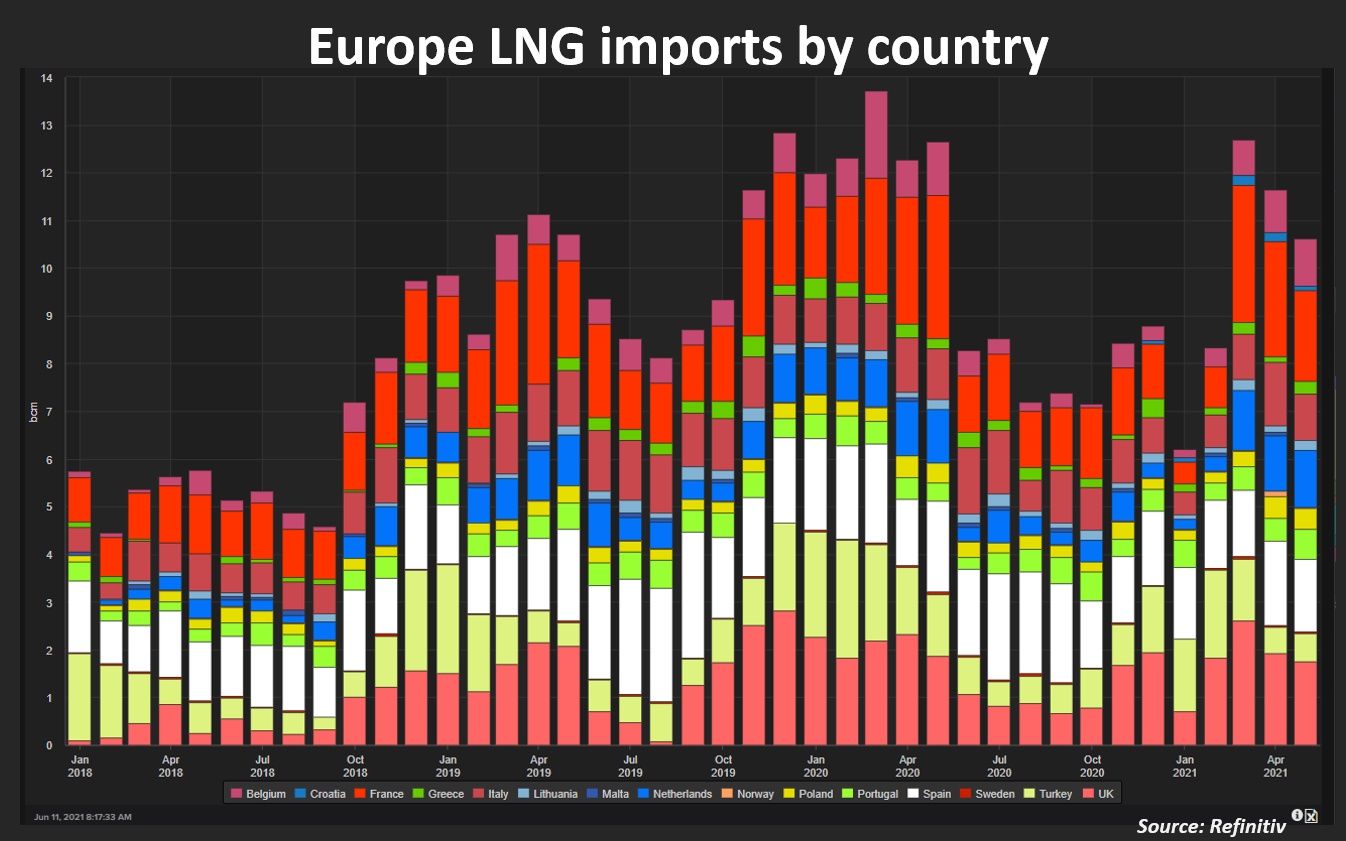 Supply issues, both planned and unplanned, plague some plants in the United States, Australia, Malaysia and Indonesia, and are also supporting prices, traders said.

That’s crowding out some demand from price-sensitive buyers like Pakistan and Thailand, who have received only high offers for tenders seeking cargoes for July. 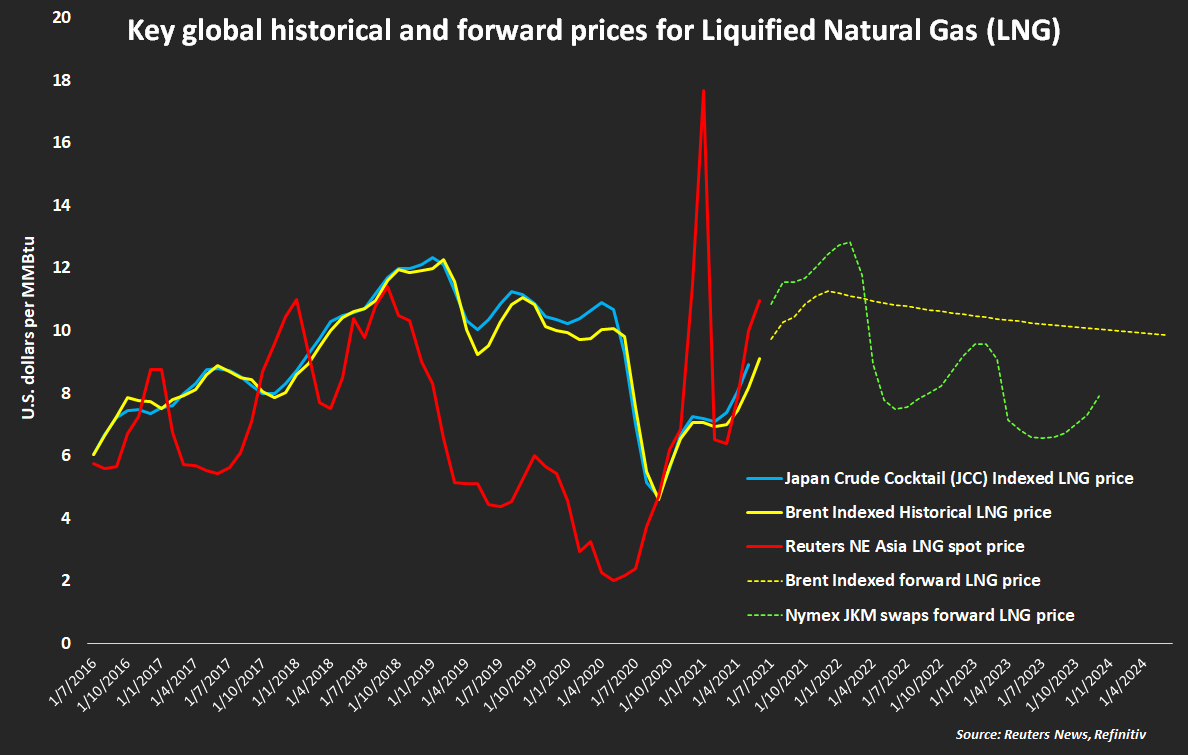 Overall, Asia LNG prices are expected to average about $7.30 per million British thermal units (mmBtu) in 2021 and $7.50 per mBtu in 2022, up from $4.20 per mBtu last year, said Kieran Clancy, assistant commodities economist at Capital Economics.

“The outlook for LNG demand further ahead remains bright, as it is used to plug the gaps in power generation that are not currently able to be met by renewables,” he added.

Norway Sticks to Guns on Oil Even While Boosting Green Energy