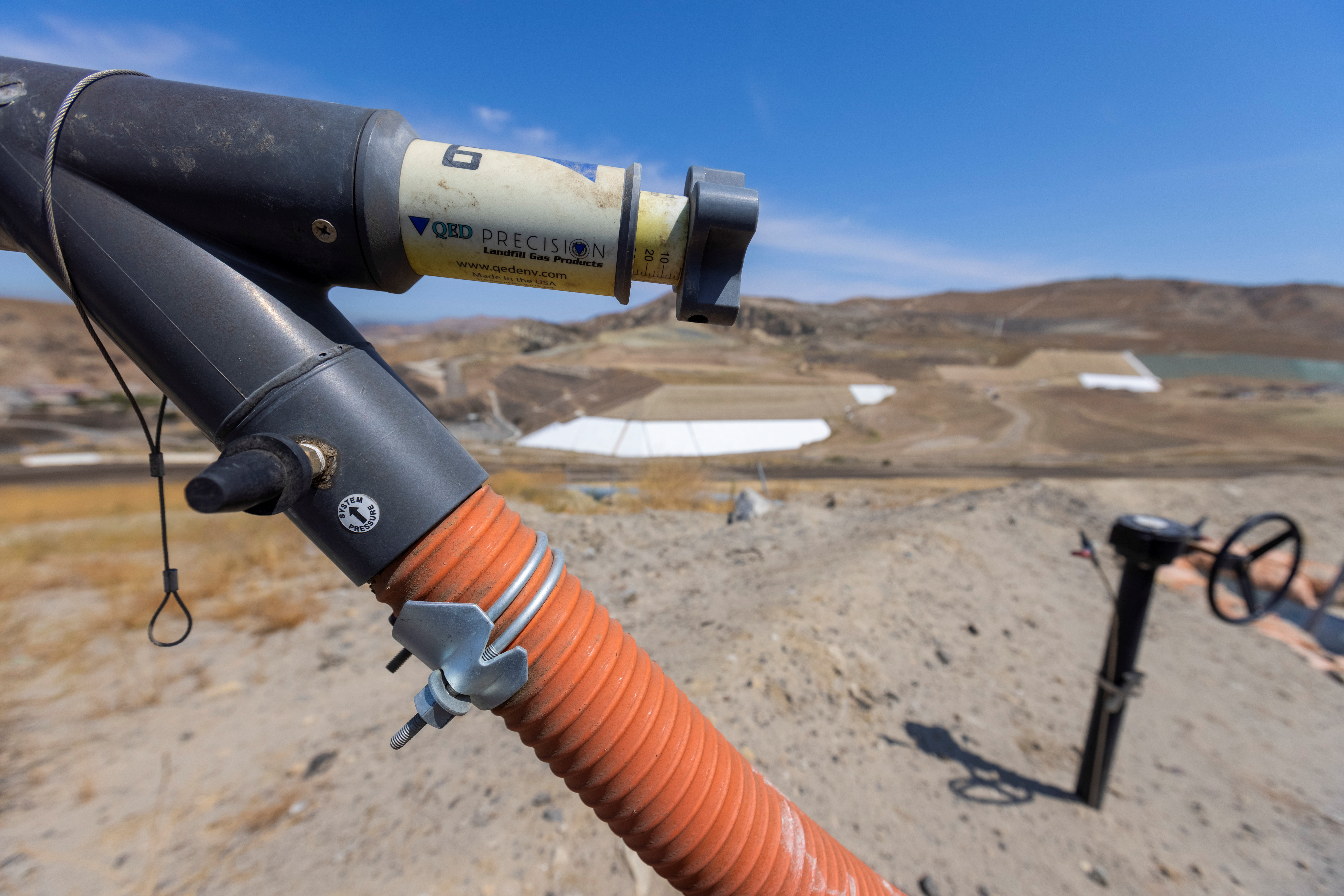 A gas collection well head is shown at the Frank R. Bowerman landfill in Irvine, California where the methane collected is used to power 26,000 homes in neighboring Anaheim, California, U.S., June 15, 2021. REUTERS/Mike Blake

WASHINGTON, June 25 (Reuters) – The U.S. House of Representatives on Friday voted 229-191 to nullify the Trump administration’s 2020 rollback of regulations to curb the emissions of greenhouse gas methane from oil and gas infrastructure, following a similar move by the Senate in April.

The House passed a resolution under the Congressional Review Act (CRA), a 1996 law that allows Congress to reverse federal rules implemented in the last days of a past administration with a simple majority, restoring Obama-era methane regulations that govern oil production and processing.

Both the House and Senate passed the resolutions with some bipartisan support.

The CRA comes after the release of a major United Nations report that called for deep cuts in methane emissions to slow the rate of global warming and keep it beneath a threshold agreed by world leaders and found that methane emissions worldwide were vastly underestimated.

“Congress just delivered its first bipartisan win for the climate,” said Fred Krupp, president of the Environmental Defense Fund, who said the passage of the resolutions should send a signal to the Environmental Protection Agency that its upcoming methane regulations should be more stringent.

EPA Administrator Michael Regan said in a recent interview that new methane rules, due by September, would likely exceed the goals of Obama-era regulations and play a significant role in helping the United States achieve its near-term climate goals.