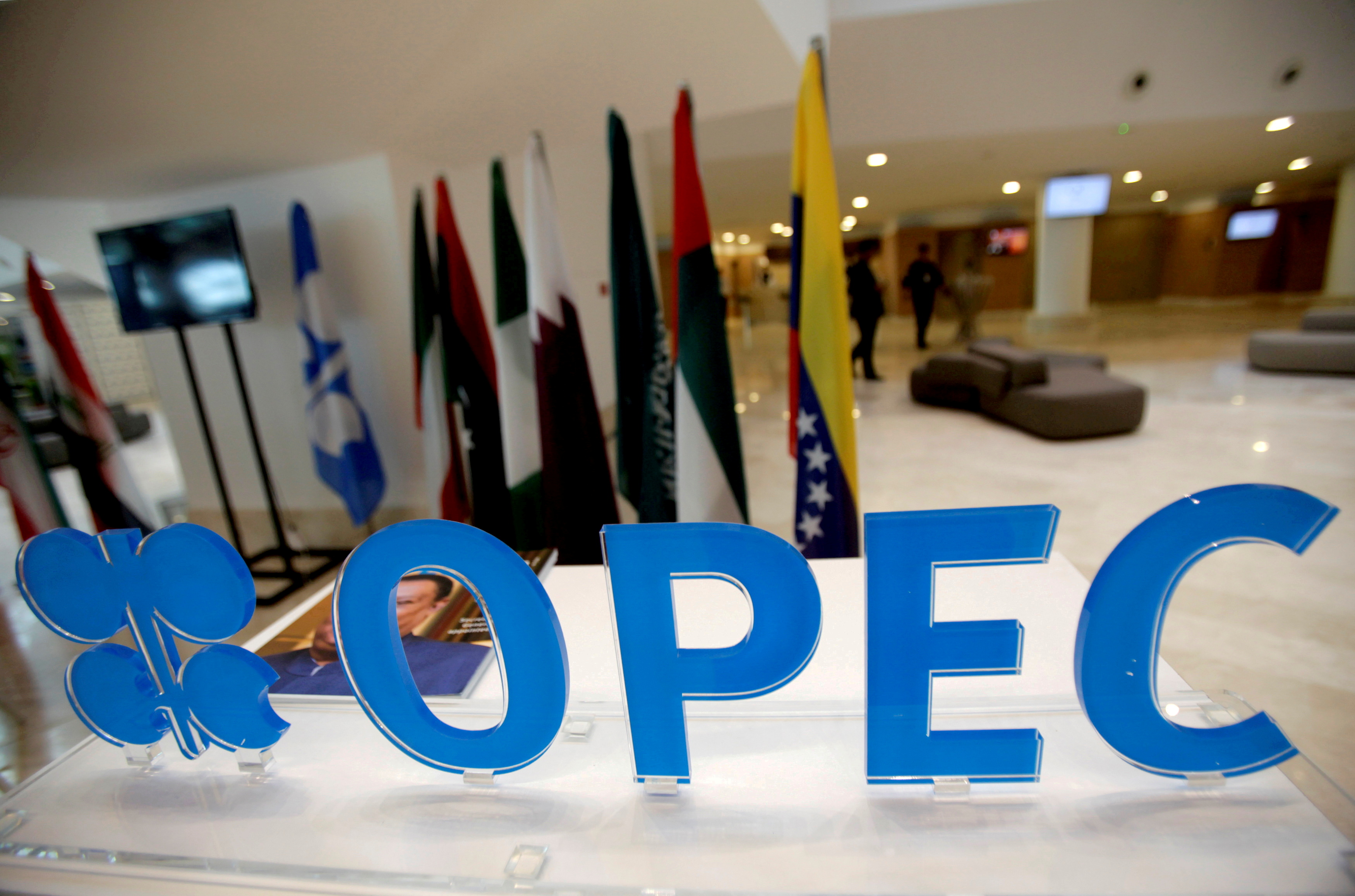 The OPEC logo pictured ahead of an informal meeting between members of the Organization of the Petroleum Exporting Countries (OPEC) in Algiers, Algeria, September 28, 2016. REUTERS/Ramzi Boudina

LONDON, June 28 (Reuters) – OPEC’s forecasts point to an oil supply deficit in August and in the rest of 2021 as economies recover from the pandemic, suggesting the group and its allies have room to raise output at a meeting this week.

The Organization of the Petroleum Exporting Countries and allies, known as OPEC+, is returning 2.1 million barrels per day (bpd), about 2% of world output, to the market from May through July as part of a plan to ease last year’s record output curbs.

OPEC+ meets on Thursday to discuss supply for later months. With oil at its highest since 2018, sources say a further boost in August will be discussed, but some producers are wary about new demand setbacks and higher Iranian supply. read more

OPEC’s latest forecast of the demand for its crude suggests, if output levels stay the same, OPEC supply will fall short of expected demand by 1.5 million bpd in August. The shortfall widens to 2.2 million bpd in the fourth quarter. 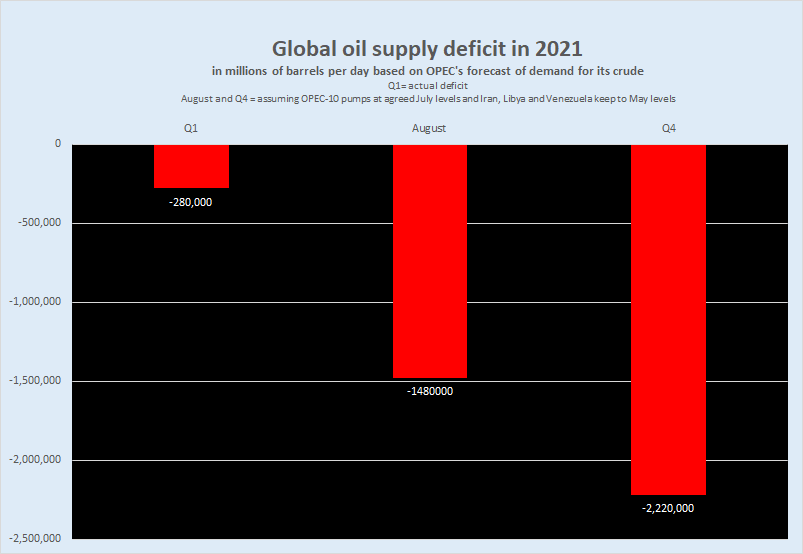 The above graphic is based on the assumption that the 10 OPEC members with quotas keep pumping at agreed July levels and Iran and other exempt producers stick to May’s production – the latest month for which OPEC figures are available.

Also included in the graphic is OPEC’s own figure for the first quarter showing a 280,000 bpd deficit.

Iran and world powers have been talking since April on reviving Tehran’s 2015 nuclear deal, which would allow Iran to boost output, so far without agreement. read more

Tehran pumped 2.5 million bpd in May and was producing 3.8 million bpd in 2018 before the U.S. tightened sanctions, OPEC figures show. So an extra 1.3 million bpd from Iran in the next few months would give OPEC+ less room to add supply without tipping the market into surplus.

OPEC+ cut output by a record 9.7 million bpd last year as demand collapsed when the pandemic first struck. As of July, the curbs in place will stand at 5.8 million bpd.