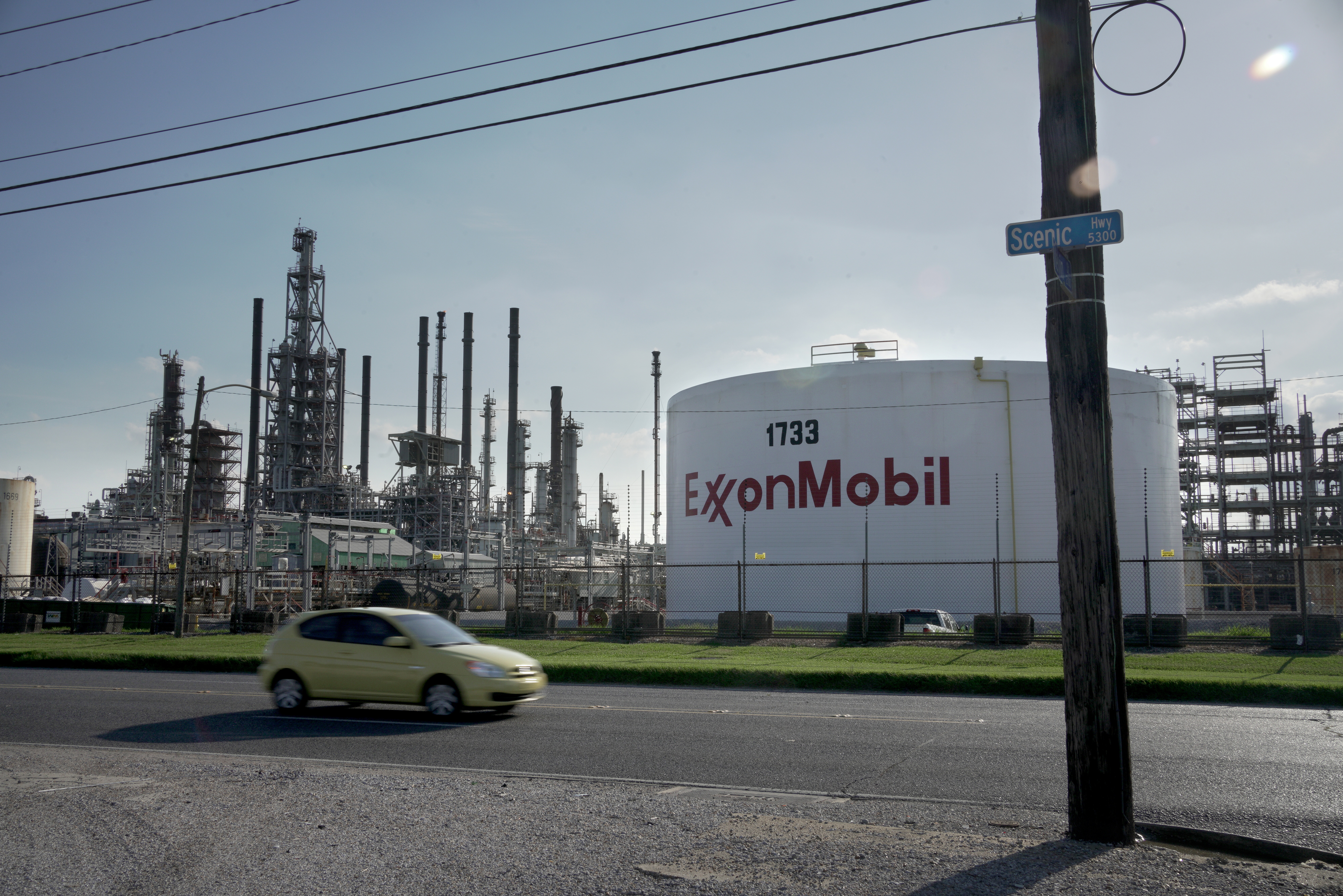 The three Exxon refineries together averaged emissions of 80 pounds per hour, eight times the average rate of the seven other refineries on the top-ten list, some of which are larger than Exxon’s plants, the analysis shows. The top polluter, Exxon’s Baton Rouge refinery, averaged 138 pounds per hour. (See graphic)

“Exxon has all the resources in the world to lower its pollution rates dramatically,” she said.

The company has taken heat for years for its environmental performance. This week, Exxon lost at least two seats on its board of directors to an activist hedge fund seeking to force the firm to reckon with climate change. read more

Exxon (XOM.N) said in a statement that it tries to comply with environmental laws and has invested billions of dollars to reduce emissions over the last two decades.

Oil-and-gas pollution has a disproportionate impact on poor and minority communities, which are often located near industrial sites. Reuters interviewed nearly three dozen residents in the predominantly Black neighborhoods near Exxon’s Baton Rouge refinery. About a third said they either had breathing problems or knew someone who did.

Small particulate matter is among the most harmful pollutants. Made up of particles 50 times smaller than a grain of sand, it can bond with other toxins, infiltrate the blood stream, and damage the heart, lungs and nervous system. A small increase in long-term exposure to small particulate matter also leads to a large increase in COVID-19 death rates, according to a recent Harvard University study.

The EPA requires plants to restrict small particulate matter emissions to 1 pound or less for every 1,000 pounds of coke burned in a refinery’s catalytic cracking units.

But Exxon’s Baton Rouge plant is the only major U.S. refinery that doesn’t have to meet that standard because of an EPA rule that exempts “cat crackers” that were built before 1976 and haven’t been modified since.

Refineries also have to meet state standards for particulate-matter pollution. But those limits can vary widely among states – and among different facilities within states – based on the strictness of state regulators and whether a refinery has agreed to tighter limits to settle lawsuits. And Louisiana regulators allow much higher pollution levels at Exxon’s Baton Rouge plant than at other state refineries.

“There is a surprising amount of unevenness among states” in enforcing pollution limits, said Philip Mattera, research director at Good Jobs First, a Washington-based watchdog group. “People don’t realize how much the EPA delegates responsibility on big environmental laws to state agencies.”

The plant’s emissions of small particulate matter hit a peak of 350 pounds per hour during an independent test conducted in January 2020 by an engineering firm Exxon hired to demonstrate its regulatory compliance.

Emissions averaged 255 pounds per hour during the test. That exceeded a limit, imposed on the refinery by the Louisiana Department of Environmental Quality (LDEQ), of 234 pounds per hour – one of the highest limits in the country, according to regulatory documents. Other similarly-sized refineries in Louisiana and other states have state soot emissions limits closer to 50 pounds per hour.

The LDEQ declined to comment on the pollution limits it sets for Exxon’s Baton Rouge plant.

Exxon officials blamed the refinery’s high emissions on low water pressure in its 1970s-era wet gas scrubber, according to company correspondence with the LDEQ. Exxon told the state it had since resolved the issue.

Maintenance on such scrubbers, commonly used to control pollution, can lower emissions but requires shutting down a cat cracker for several weeks, hurting profitability, according to Exxon disclosures to the LDEQ. Completely new systems can cost more than $1 billion.

Because the Baton Rouge refinery’s two catalytic crackers were built during World War Two – among the first such units in the country – they are exempt from federal EPA standards.

‘GIVE US GOOD AIR’

Seabell Thomas, 77, whose home is separated from the refinery by Interstate 110, said her son’s asthma was so bad that he routinely visited the emergency room as a child. She has since been campaigning to pressure Exxon to clean up.

“When I wake up each morning, I have to confront two demons: pollution from the highway and the Exxon refinery,” she said. “We, as Black people, ask, ‘God, how long can you allow this? Please, give us good air to breath.'”

“I grew up thinking asthma was an African-American disease because so many kids in the neighborhood had inhalers,” said Sonyja Renee Thomas, the daughter of Seabell Thomas. “Only later, as an adult, did I realize how much pollution factored into it.”

Big refineries run by Exxon’s rivals are doing much better at controlling soot. Ironically, many of them are using technology invented and licensed by Exxon, according to disclosures by Exxon and environmental regulators.

Specialists in industrial pollution say the differences in performance can be attributed to any of a number of factors: rivals’ equipment could be newer; maintenance schedules may be more frequent; and refining processes before wet gas scrubbing may also be optimized to reduce soot.

All of that takes money. In many cases, it also takes lawsuits.

These more restrictive limits are laid out in so-called consent decrees, which cover the operations of scores of U.S. refineries and influence permitted pollution levels set by states.

For example, Marathon’s refinery in Garyville, Louisiana, operates an Exxon scrubber which has undergone numerous upgrades since being installed in 1979, company spokesman Jamal Kheiry said. The refinery’s permit limit, set by the state, is 0.6 pounds per 1,000 pounds of burned coke, well below the EPA limit of one pound. During its latest test, Garyville’s small particulate matter emissions were just 0.11 pounds. The plant is slightly larger than Exxon Baton Rouge.

Exxon’s three largest refineries also operate under a consent decree, signed with the EPA in 2005 after the company was sued by the EPA and Justice Department for alleged Clean Air Act violations. But the agreement includes only a voluntary target for Exxon to limit soot emissions to half the EPA standard, which it has not done.

For locals around the Baton Rouge refinery, pushing for Exxon to reduce pollution can be difficult given its economic and political clout as a major Louisiana employer.

Sidney Poray, 60, has lived near the refinery for nearly 30 years and has worked with activist groups to monitor the refinery’s emissions. But he’s not optimistic their work will make much difference.

“Of course, I care about pollution,” Poray said. “But what am I going to do? We’re talking about Exxon.”

The Little Engine That Could, and the Oil Giant That Couldn’t