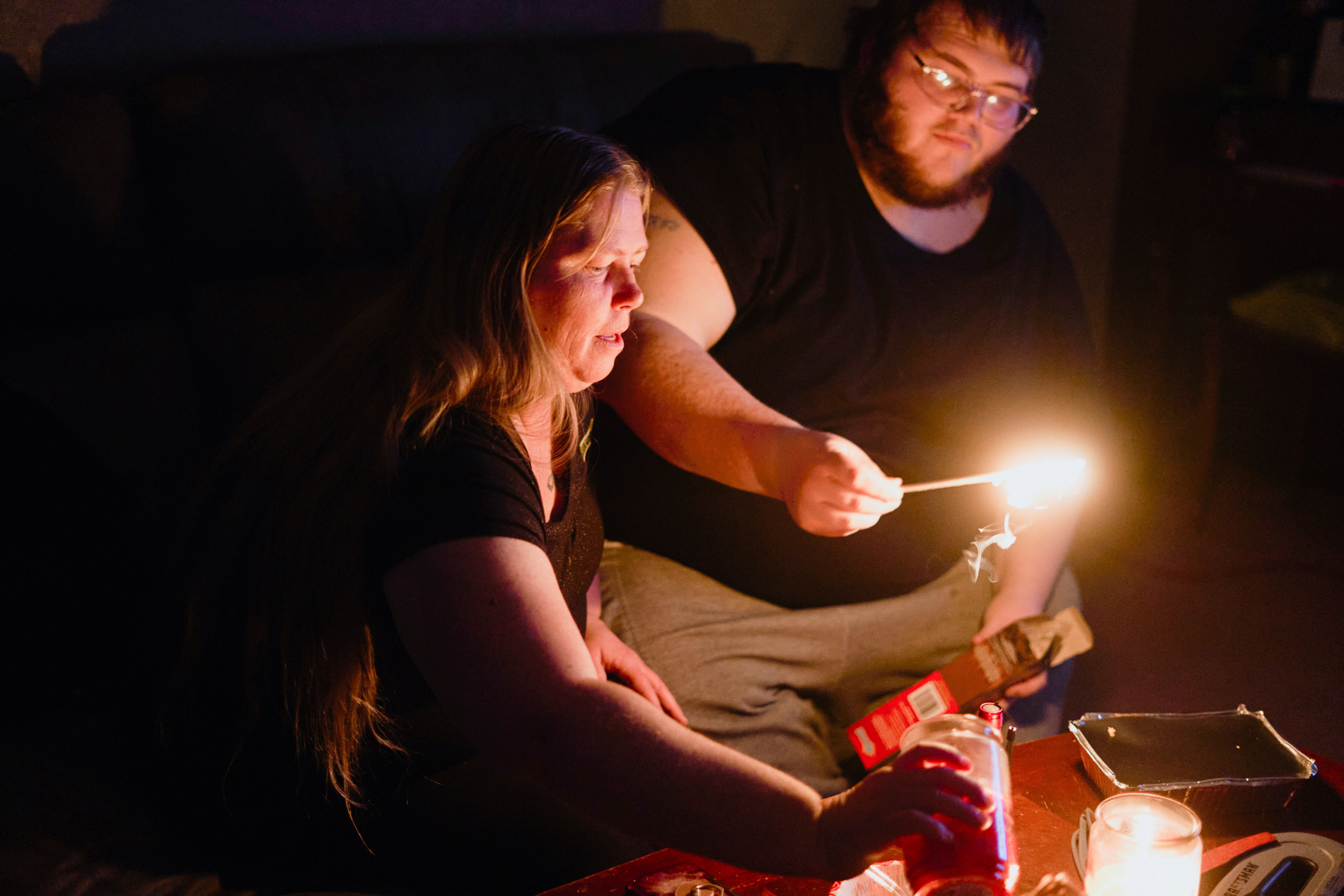 Christina Beverly and John Shearon light candles in their home after winter weather caused electricity blackouts and “boil water” notices in Fort Worth, Texas, U.S. February 20, 2021. Their home has not had power since blackouts began across the state on Sunday, February 14, 2021, according to the residents. REUTERS/Cooper Neill

Berkshire Hathaway Inc (BRKa.N) on Saturday defended its $8 billion proposal to build natural gas plants in Texas to help reduce the threat of devastating blackouts such as those in February.

“When you look at the power sector (in Texas), it fundamentally let the citizens down,” Greg Abel, a Berkshire vice chairman and previously chief executive of Berkshire Hathaway Energy, said at the conglomerate’s annual shareholder meeting.

“We’ve gone to Texas with what we believe is a good solution,” he added. “The health and welfare of Texas was at risk, and we needed to effectively have an insurance policy in place for them.”

Berkshire in March proposed building 10 natural gas-powered plants that would supplement the capacity of the Electric Reliability Council of Texas (ERCOT), which provides electricity to most of the state, and provide backup power in emergencies.

The Dallas Morning News said Berkshire is proposing a guaranteed 9.3% rate of return. Berkshire has declined to comment.

Texas suffered widespread power outages in February because of a fierce winter storm and plunging temperatures.

Electricity prices soared, with some ordinary customers receiving exponentially larger monthly bills, and about 4.5 million Texans were left without power for several days.

Berkshire Chairman Warren Buffett added that Texas “is a terrific place to do business.”

Abel downplayed a reported proposal by Elon Musk, who runs electric car maker Tesla Inc (TSLA.O), to build a giant battery that could plug into Texas’ power grid and power thousands of homes during hot summers.

He said Berkshire’s plan could help stricken homes and businesses for several days, not merely hours like a battery.

Buffett Says Greg Abel is His Likely Successor at Berkshire