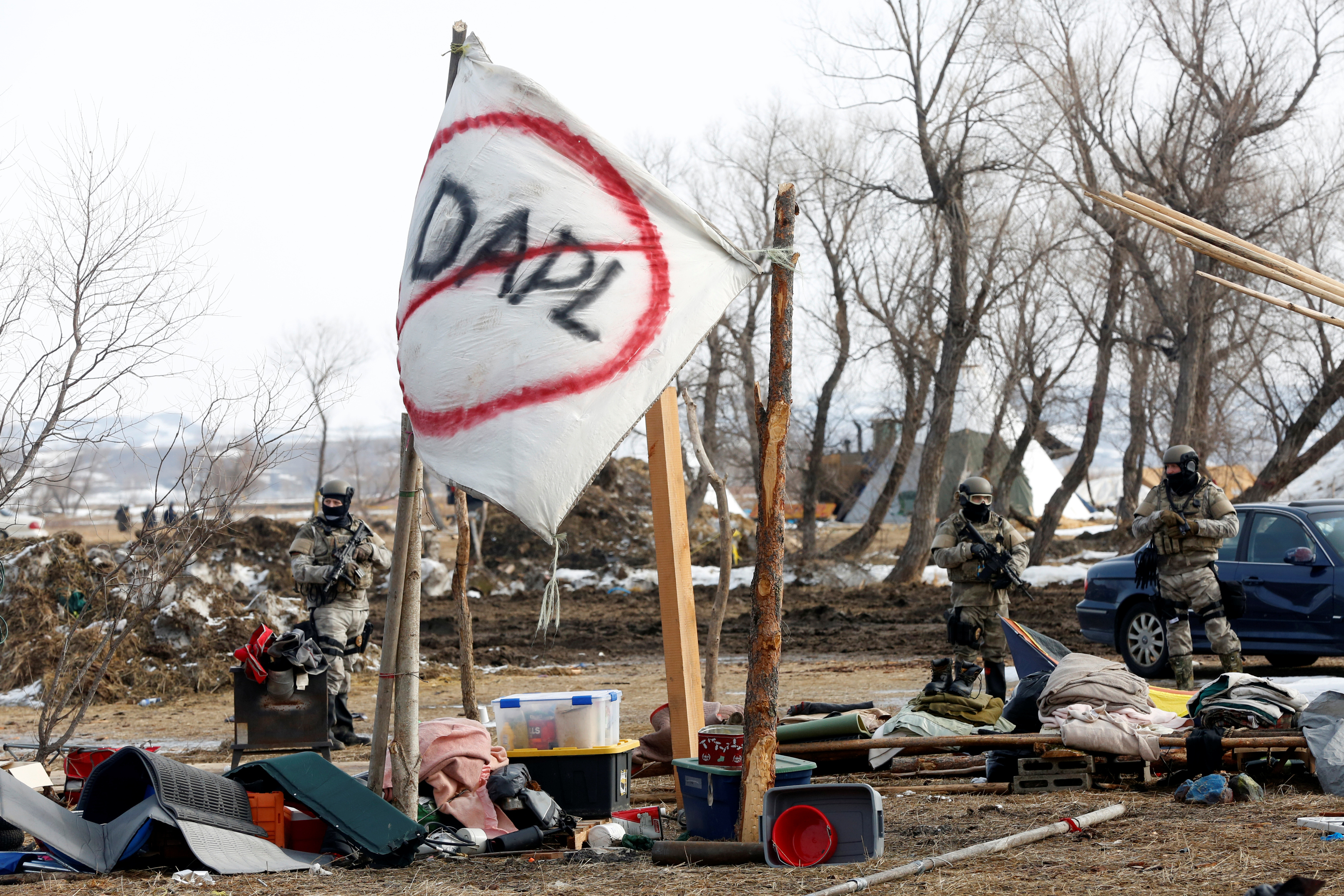 A U.S. appeals court on Friday denied Dakota Access LLC’s petition for a rehearing of a court decision that canceled a key permit for its oil pipeline and ordered an environmental review, court documents show.

The decision by the United States Court of Appeals for the District of Columbia means the Dakota Access Pipeline (DAPL) technically is still trespassing on federal land because it does not have a permit to cross under the Dakotas’ Lake Oahe. The line is currently operating indefinitely but will be reassessed once the environmental review of the line is completed in March 2022.

The 570,000 barrel-per-day DAPL began operating in mid-2017 but drew controversy during construction as Native American tribes and activists protested its route under Oahe, a critical drinking water source for the tribes.

Last summer, a U.S. district court judge threw out a federal permit for the line to operate under the lake and ordered an environmental review for that section of the pipeline. A three-judge panel at the circuit court in January upheld the lower court’s decision to vacate the permit and require the review.

The pipeline’s operators wanted the circuit court to reconsider the panel’s decision, but the court unanimously denied the request. The decision leaves only the U.S. Supreme Court for Dakota Access to oppose the environmental review and permit denial, but it’s not certain the nation’s highest court will take up the case.

“This is a pretty definitive statement that the legal issues in this case do not warrant attention from the Supreme Court,” said Earthjustice attorney Jan Hasselman, who represents the Standing Rock Sioux in the case. “Here, not only didn’t we see dissents, not a single judge called for a vote.”

DAPL is the largest pipeline out of the Bakken region, which produces about 1 million barrels of crude per day in North Dakota and Montana. If the pipeline were forced to close, the state of North Dakota estimates production could fall by 400,000 bpd temporarily.

Once the U.S. Army Corps of Engineers completes its environmental review, a decision will be made on whether to issue a new permit for the pipeline.