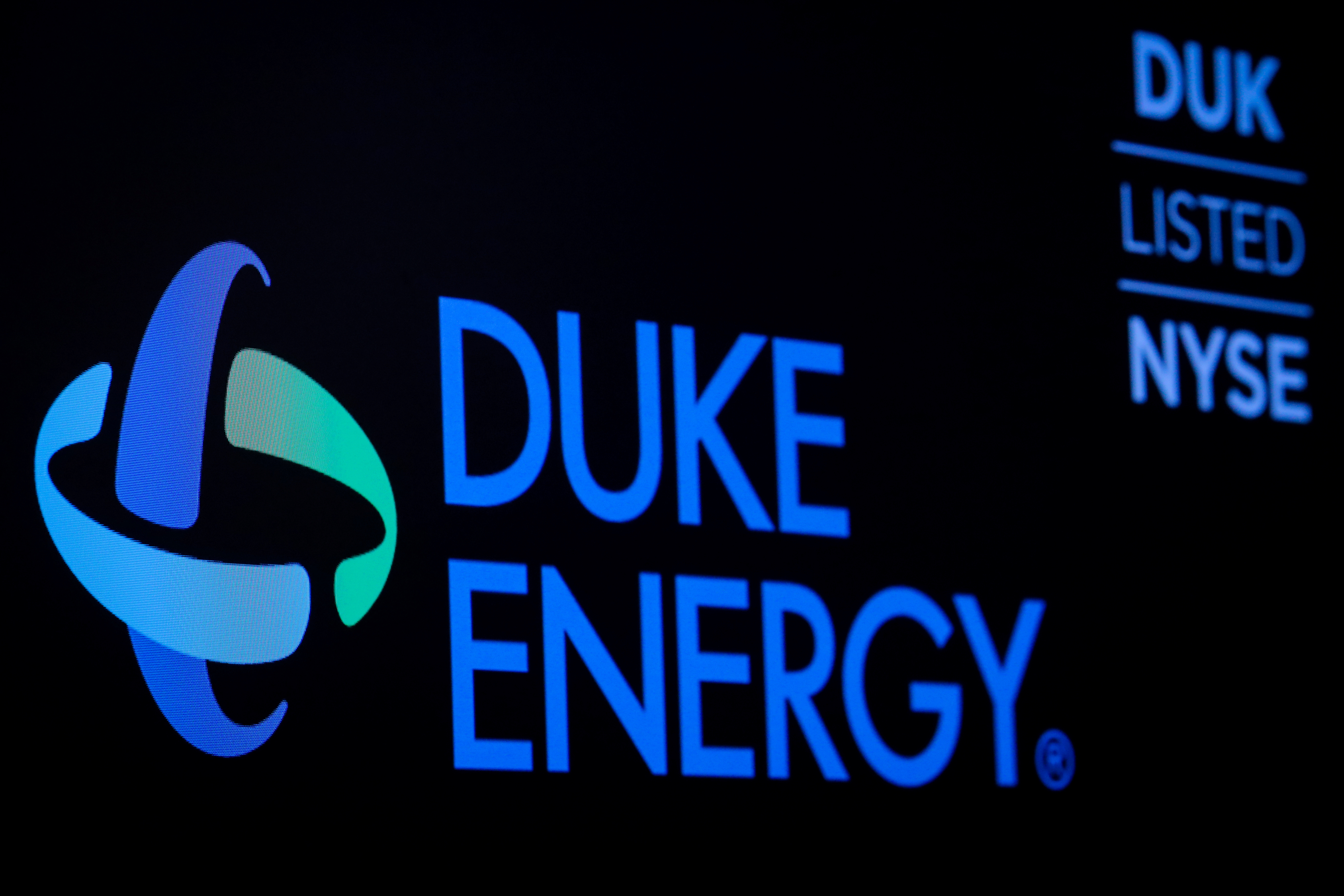 File photo: The company logo and ticker for Duke Energy Corp. is displayed on a screen on the floor of the New York Stock Exchange (NYSE) in New York, U.S., March 4, 2019. REUTERS/Brendan McDermid

U.S. energy company Duke Energy Corp (DUK.N) said on Wednesday that it plans to triple its renewable power output to 23% by 2030 from about 7% now, as it continues to retire coal plants.

Combined with its six nuclear plants in the Carolinas, Duke said its carbon-free energy will be around 53% in 2030 and its move comes as U.S. consumers and federal and state governments seek more carbon-free power to stop climate change.

President Joe Biden’s administration wants all U.S. power to come from non-carbon emitting sources such as renewables and nuclear by 2035.

Duke said it has wind and solar projects under construction in Florida, North Carolina, Oklahoma and Texas and will add 280 megawatts (MW) of pumped storage hydro capacity at its Bad Creek facility in South Carolina over the next three years.

The company, which has set goals of reaching at least a 50% carbon reduction by 2030 and net-zero carbon emissions by 2050, said its CO2 output was down more than 40% since 2005, mostly as a result of retiring coal generation.