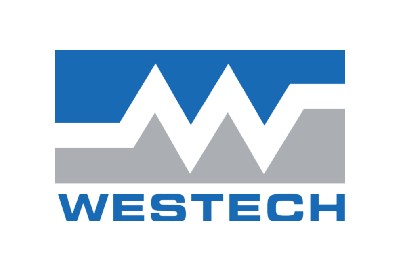 A flame arrester is a device that stops flame propagation by extinguishing the flame. Flame arresters are used to help stop the spread of an explosion in a confined piping system, limiting the spread of an explosion that has already occurred, preventing potentially explosive mixtures from igniting, confining fire in a control environment and stopping the propagation of a flame traveling at supersonic velocities. 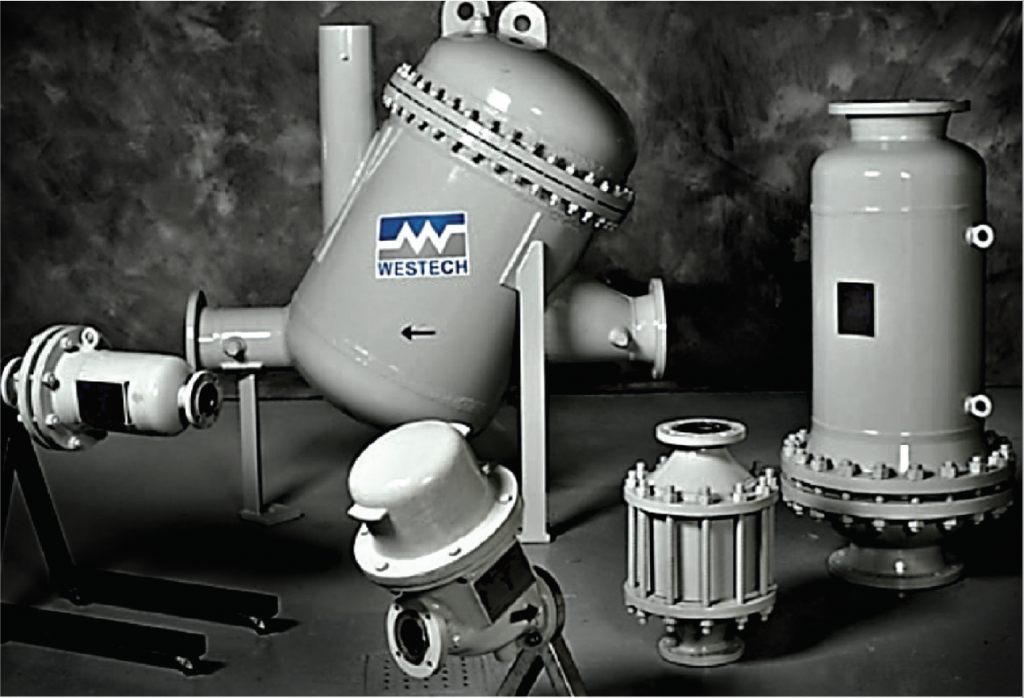 flame arresters’ function by absorbing the heat from a flame front traveling at supersonic velocities, thus dropping the burning gas/air mixture below its auto-ignition temperature; consequently, the flame cannot survive. The heat is absorbed through channels (passages) designed into an element. These channels are chosen and measured as the MESG (maximum experimental safe gap) of the gas for a particular installation. These passages can be regular, like crimped metal ribbon or wire mesh or a sheet metal plate with punched holes, or irregular, such as those in random packing.

The required size of the channels needed to stop the flame front can vary significantly, depending on the flammability of the fuel mixture. The large openings on a chain link fence are capable of slowing the spread of a small, slow-burning grass fire, but fast-burning grass fires will penetrate the fence unless the holes are very small.

End-of-Line Flame Arrester – This type of flame arrester is used where the potential ignition source is located outside the vessel or flow system that is being protected (unconfined); the flame travel length is no greater than that used for flame arrester testing (typically 5 feet/1.25 m), and there are no restrictions in the protected side piping.

In-Line (Detonation) Flame Arrester – An arrester which has been designed and tested to arrest flame fronts of varying pressures and speeds with both restricted and unrestricted protected side piping as well as long run stable and overdriven detonations.

Deflagration – A flame front that propagates by the transfer of heat and mass to the unburned gas ahead of the flame front. Flame speeds can range from less than 1 m/s to greater than 350 m/s (supersonic) for very high pressure, turbulent flames. Overpressures can range from a very small fraction to as much as twenty times the initial pressure.

Detonations (Gaseous) – A flame front that propagates by shock wave compression ignition in a flammable gas mixture. Flame speeds are supersonic with Mach numbers ranging from 5 to 15. The pressure of stable detonation usually ranges from about 20 to 30 times the initial pressure but an overdriven detonation can achieve compression ratios in excess of 300 at the moment of transition from deflagration to detonation.

Overdriven Detonation – Also referred to as unstable detonation. The condition that exists during the transition of a combustion process from a deflagration into a stable detonation. This transition usually has the characteristic of producing extremely high explosion pressures in a relatively short time frame.

Stable Detonation – A detonation which has speed and pressure characteristics which do not vary significantly as the detonation progresses through a confined system, hence the term “stable”.

Maximum Experimental Safe Gap (MESG) – The maximum gap between equatorial flanges in a spherical volume that will just prevent flame transmission from the vessel to the flammable gas mixture surrounding it.

Considerations for Arrester Application and Selection 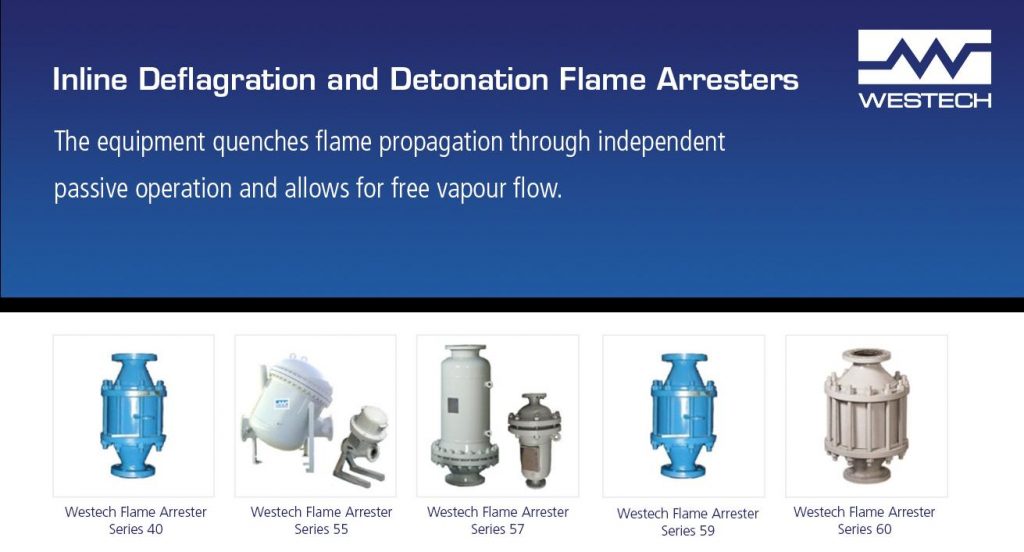 Selection of the correct arrester requires a detailed look at the application and must be based on the following:

Acceptance testing which proves the capability of an arrester is the only guarantee of arrester performance. With the growing need for flame arresting devices, many companies are producing arresters. Unfortunately, only some of these devices are tested to minimum performance standards and some are not tested at all.

At the minimum, an arrester should be tested to meet a recognized standard which requires testing for overdriven detonations, stable detonations, long run stable detonations and deflagration testing with restricted and unrestricted (with and without elbows and/or valves) downstream piping. Endurance burn capability refers to the ability of the arrester to withstand the heating effects of a flame which has stabilized on the face of the arrester. This condition is caused when a flame travels toward the arrester, is prevented from passing through to the protected side, yet remains burning at the face of the arrester. The intent of an endurance burn test is to determine the length of time an arrester can withstand this stabilized flame without heating the arrester element to the point where the flame is allowed to pass to the protected side. Establishing an endurance burn capability is important as it ensures a defined amount of response time allowed for disruption of the gas flow feeding the stabilized flame

Operating pressure is critical as the pressure associated with the flame in both detonation and deflagration modes is a direct function of initial line pressure at the time of ignition. 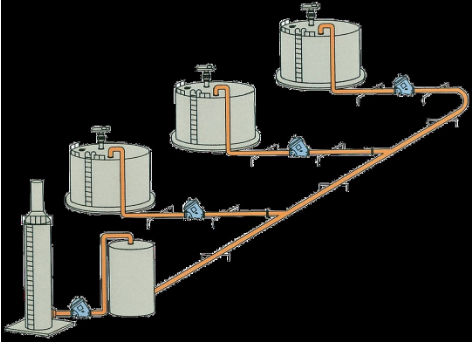 Once the ignition sources and the specific facility components requiring protection are identified, the detonation flame arrester can be placed anywhere between the two, regardless of distance and pipe configuration.

In systems where tanks are manifolded together, there should be one arrester providing protection for each tank. When evaluating ignition sources in manifolded tank systems, each tank must be considered. In order to provide protection between tanks, in-line (detonation) flame arresters should be installed not only on the collection line, but on each tank.

Westech Industrial has been servicing the needs of oil & gas and a multitude of other industries for more than 50 years. Our detonation flame arrester program began by investigating the cause of flame arrester failures in vapour control systems. Westech discovered that existing flame arresters were not capable of preventing flame passage, regardless of piping configuration. It was also proven that existing standards governing flame arrester performance were inadequate for inline use. Westech concentrated on developing a comprehensive in-line detonation flame arrester standard which led to an advanced level of flame front arrestment technology. Actual tests were conducted rather than calculating results on paper, as had been the accepted practice in the past. 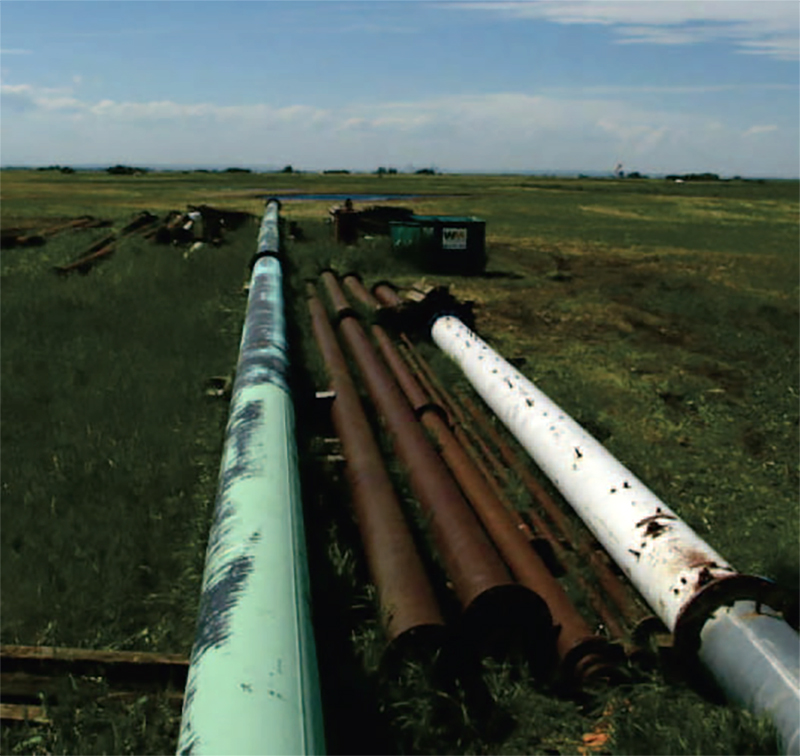 Westech’s first step was to evaluate a number of sites where explosions had occurred. This led to the writing of “A Summary of Investigations from Ten In-Line Flame Arrester Failures” which addressed the inadequacy of current arrester designs and test standards. From this investigation it was obvious that a true inline arrester capable of providing protection, regardless of piping configuration, was required.

For more information on Westech Industrial’s Flame Arresters please visit our website at https://bit.ly/32AKgug or call to speak to one of our technical representatives at 1-800-912-9262.

Mitigate destructive effects of downhole dynamics and improve reliability of your downhole equipment!