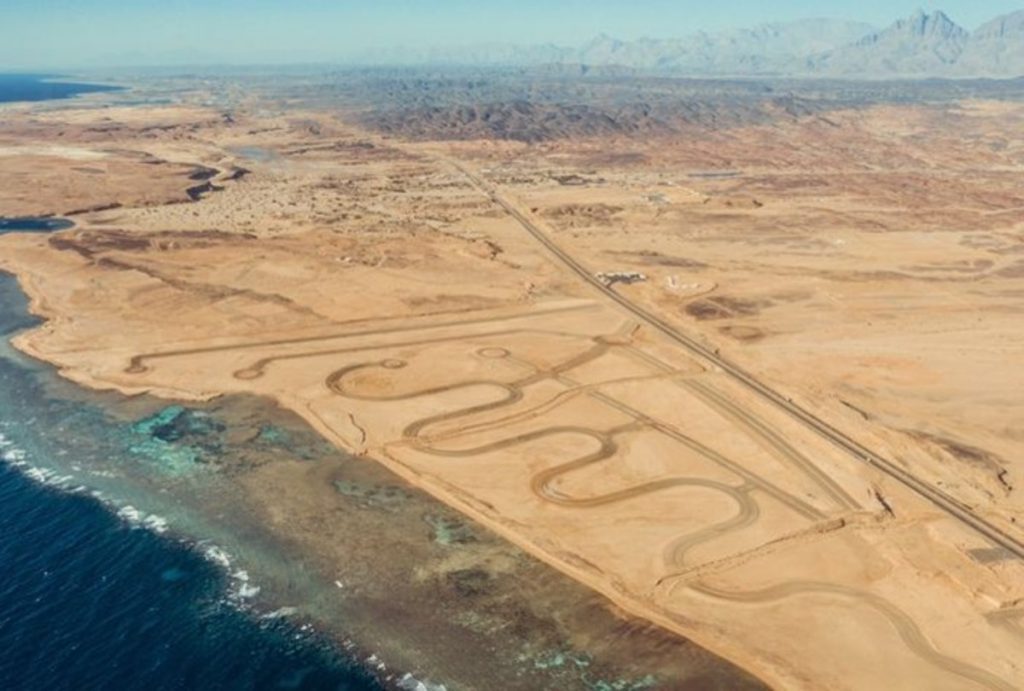 Sun-scorched expanses and steady Red Sea breezes make the northwest tip of Saudi Arabia prime real estate for what the kingdom hopes will become a global hub for green hydrogen.

As governments and industries seek less-polluting alternatives to hydrocarbons, the world’s biggest crude exporter doesn’t want to cede the burgeoning hydrogen business to China, Europe or Australia and lose a potentially massive source of income. So it’s building a $5 billion plant powered entirely by sun and wind that will be among the world’s biggest green hydrogen makers when it opens in the planned megacity of Neom in 2025.

The task of turning a patch of desert the size of Belgium into a metropolis powered by renewable energy falls to Peter Terium, the former chief executive officer of RWE AG, Germany’s biggest utility, and clean-energy spinoff Innogy SE. His performance will help determine whether a country dependent on petrodollars can transition into a supplier of non-polluting fuels.

“There’s nothing I’ve ever seen or heard of this dimension or challenge,” Terium said. “I’ve been spending the last two years wrapping my mind around ‘from scratch,’ and now we’re very much in execution mode.”

Hydrogen is morphing from a niche power source — used in zeppelins, rockets and nuclear weapons — into big business, with the European Union alone committing $500 billion to scale up its infrastructure. Huge obstacles remain to the gas becoming a major part of the energy transition, and skeptics point to Saudi Arabia’s weak track record so far capitalizing on what should be a competitive edge in the renewables business, especially solar, where there are many plans but few operational projects.

But countries are jostling for position in a future global market, and hydrogen experts list the kingdom as one to watch.

The U.K. is hosting 10 projects to heat buildings with the gas, China is deploying fuel-cell buses and commercial vehicles, and Japan is planning to use the gas in steelmaking. U.S. presidential climate envoy John Kerry urged the domestic oil and gas industry to embrace hydrogen’s “huge opportunities.”

That should mean plenty of potential customers for the plant called Helios Green Fuels. Saudi Arabia is setting its sights on becoming the world’s largest supplier of hydrogen — a market that BloombergNEF estimates could be worth as much as $700 billion by 2050.

“You’re seeing a more diversified portfolio of energy exports that is more resilient,” said Shihab Elborai, a Dubai-based partner at consultant Strategy&. “It’s diversified against any uncertainties in the rate and timing of the energy transition.”

Blueprints are being drawn and strategies are being announced, but it’s still early days for the industry. Hydrogen is expensive to make without expelling greenhouse gases, difficult to store and highly combustible.

Green hydrogen is produced by using renewable energy rather than fossil fuels. The current cost of producing a kilogram is a little under $5, according to the International Renewable Energy Agency.

Saudi Arabia possesses a competitive advantage in its perpetual sunshine and wind, and vast tracts of unused land. Helios’s costs likely will be among the lowest globally and could reach $1.50 per kilogram by 2030, according to BNEF. That’s cheaper than some hydrogen made from non-renewable sources today.

It’s more expensive to produce renewable energy in Europe, and the continent’s anticipated demand while implementing a Green Deal should exceed its own supply, Terium said. That $1 trillion-plus stimulus package will try to make the continent carbon-neutral.

“By no means will they be able to produce all the hydrogen themselves,” he said. “There’s just not enough North Sea or usable water for offshore wind.”

Terium, who is Dutch, joined Neom in 2018 to design its energy, water and food networks. His enthusiasm for technologies such as electric vehicles and digital networks wasn’t matched by Innogy’s investors, but it is by the backers of Neom.

The most important of those is Crown Prince Mohammed bin Salman, the 35-year-old de facto ruler, who envisions Neom as a zero-emissions exemplar helping transform society and the economy. The hydrogen plant is part of that vision. But while Neom’s $500 billion price tag prompts questions about whether it will go ahead exactly as planned, the hydrogen effort doesn’t depend on the megacity’s overall success.

There are other challenges, too: The country produces one-eighth of the world’s oil supply, but its operational renewables capacity is small by regional standards, and it’s starting from zero with green hydrogen.

The government is partnering with Acwa Power, a Riyadh, Saudi Arabia-based power developer partly owned by the kingdom’s sovereign wealth fund, and Air Products and Chemicals Inc., a $58 billion company based in Allentown, Pennsylvania, to build the green hydrogen plant.

The trio is splitting the costs of Helios, which will use 4 gigawatts of solar and wind power.

“As the first gigawatt plant, we will have an advantage in developing further innovation,” Terium said. “This is not going to be the end of the game.”

For starters, Helios will produce 650 tons of hydrogen a day by electrolysis – enough for conversion to 1.2 million tons per year of green ammonia. Air Products will buy all of that ammonia, which is easier to ship than liquid or gaseous hydrogen, and convert it back upon delivery to customers.

Enough green hydrogen will be produced to maintain about 20,000 city buses. There are about 3 million buses operating worldwide, and Air Products wants to be a mainstay in depots switching to hydrogen, said Simon Moore, vice president of investor relations.

“We’re not going to wait until this project comes on-stream in 2025 to think about additional capacity,” he said.

Fuel-cell vehicles could capture as much as 30% of bus-fleet volume globally by 2050, with growth coming primarily from China and the European Union, according to BNEF. Moore declined to identify Helios’s clients.

Hydrogen will cost more than polluting alternatives at first, but enough governments and businesses face stringent carbon targets that need the gas to meet them, Moore said. Thirteen nations have hydrogen strategies in place, and another 11 are preparing theirs, according to BNEF.

Germany said it needs “enormous” volumes of green hydrogen, and it hopes Saudi Arabia will be a supplier.

“The interest Saudi Arabia has had from investors leads us to believe that there is a sound economic case for hydrogen, even at current prices,” a spokesman for the Energy Ministry said.

At the same time, the government is trying to boost its own scant use of renewable energy. Currently, under 700 megawatts operate nationwide — less than 2% of Spain’s installed capacity. The nation plans to meet half of its power needs from renewables by 2030 and has several projects under construction or soon to start.

Saudi Arabia also is one of the few countries regularly burning crude to make electricity. The highly polluting practice reached a four-year peak in August, and critics say the energy used by the Neom plant should be diverted into the national grid instead.

Yet the focus remains on exports. Petrostates stand to lose as much as $13 trillion by 2040 because of climate-change targets, and Saudi Arabia is among those expected to be most affected.

The hydrogen plant will produce 15,000 barrels of oil equivalent per day at most, hardly a match for the 9 million barrels of crude the kingdom pumps daily. Even so, finding a way to corner part of the clean-fuels market represents a necessary economic lifeline.

“It’s sponsored at the highest possible level, so if any project happens, it’s got to be this,” Elborai said.

Total CEO sees oil prices at around $50-60 a barrel