Solar Is Now 33% Cheaper Than Gas Power in US, Guggenheim Says

Oil Forges Higher as OPEC+ Must ‘Do Something’ at Vienna Meeting

US, Mexico Agree to Extend Talks on Energy Dispute Past Minimum

LONDON (Reuters) – Oil prices are unlikely to mount a dramatic and sustained surge despite vaccines expected to boost demand later this year, the International Energy Agency (IEA) said on Wednesday, with the world still awash in oil.

“Oil’s sharp rally to near $70 a barrel has spurred talk of a new supercycle and a looming supply shortfall. Our data and analysis suggest otherwise,” the IEA said in its monthly report.

“For a start, oil inventories still look ample compared with historical levels despite a steady decline … On top of the stock cushion, a hefty amount of spare production capacity has built up as a result of OPEC+ supply curbs,” it said. 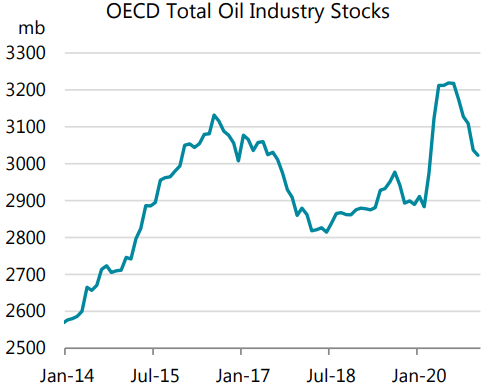 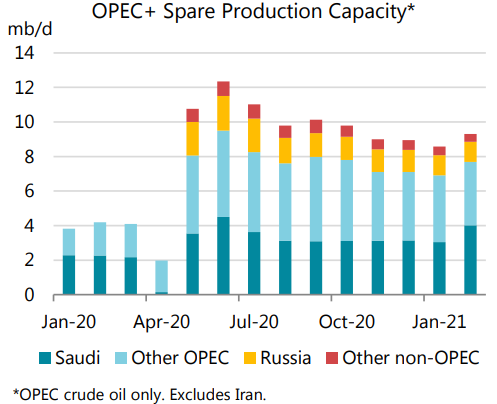 The Organization of the Petroleum Exporting Countries and its allies, a group dubbed OPEC+, largely kept limits on production this month, galvanising the market and causing some investors to predict a supercycle – a large, multi-year price rise.

“The prospect of stronger demand and continued OPEC+ production restraint point to a sharp decline in inventories during the second half of the year,” the Paris-based energy watchdog said.

“For now, however, there is more than enough oil in tanks and under the ground to keep global oil markets adequately supplied.” 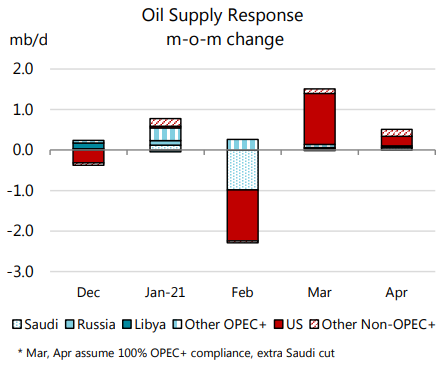 A cold snap in recent months helped boost consumption and global demand this year is set to recover around 60% of the volume lost during the depths of the COVID-19 pandemic in 2020.

Changes to work and travel patterns wrought by the COVID-19 pandemic as well as governments’ low-carbon targets have long-term implications for the demand outlook, the IEA said. 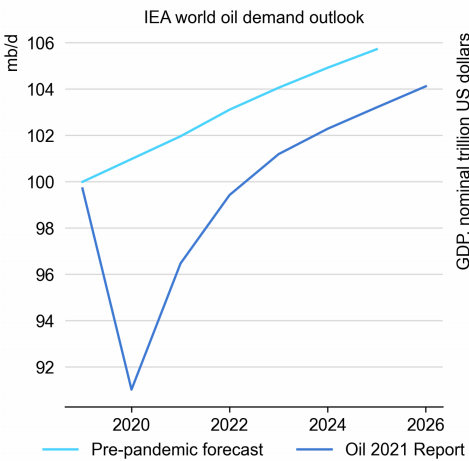 “Rapid changes in behaviour from the pandemic and a stronger drive by governments towards a low-carbon future have caused a dramatic downward shift in expectations for oil demand over the next six years,” the IEA said in its Oil 2021 five-year outlook, another report published on Wednesday.

The Paris-based watchdog lowered its oil demand forecast for 2025 by 2.5 million bpd from its prediction last year. Still, oil demand is set to return to pre-crisis 2019 levels by 2023, it said.