LONDON (Reuters) – Inadequate investment in exploration and new drilling may leave the world without enough oil in 20 to 30 years despite a shift towards renewable power sources, top energy analysts say.

The long-term outlook contrasts with today’s situation where plunging oil demand due to the coronavirus crisis has left the market oversupplied, prompting the Organization of the Petroleum Exporting Countries, Russia and their allies, a group known as OPEC+, to curb output.

(For graphic of Oil supply and demand scenarios: ) 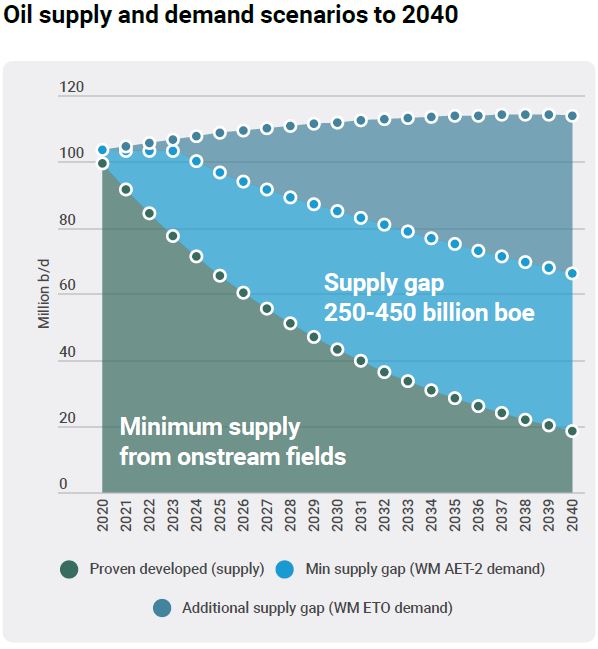 Weak demand has piled pressure on producers and energy majors as they seek to pivot to low-carbon energy. It has sapped them of funds to invest in new oil assets so they can meet an expected rise in crude demand as the global economy recovers. 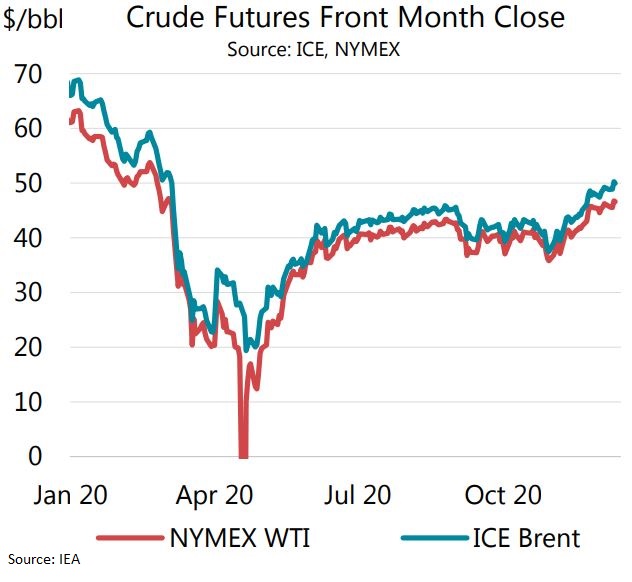 The Paris-based International Energy Agency said it was not clear if adequate investment in oil supplies “will come in time and, if it does come, where it will come from.”

Sufficient long-term oil supplies “should not be taken for granted,” it wrote in its annual outlook.

(For graphic of Global oil supply: ) 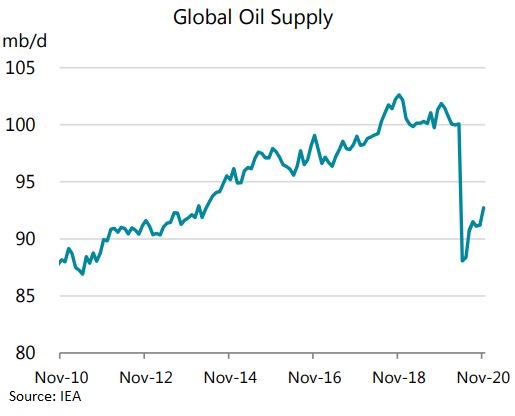 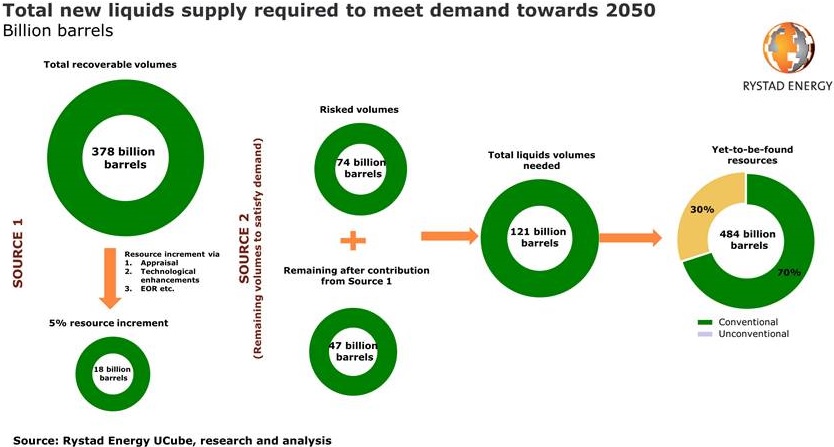 Norwegian consultancy Rystad Energy said in a report this month that the world would run out of the oil supplies it needed by 2050 unless there was sharp rise in exploration.

It said was $3 trillion in capital spending was needed to tap 313 billion new barrels of oil from existing underdeveloped fields or from new undiscovered fields.

“The scope of exploration will have to expand significantly unless we see a momentous transition in the global energy mix sooner than currently expected,” said Palzor Shenga, Rystad’s senior upstream analyst.

“Only about half the supply needed to 2040 is guaranteed from fields already onstream. The rest requires new capital investment and is up for grabs,” the consultancy said.

(For graphic of Global fuel supply: ) 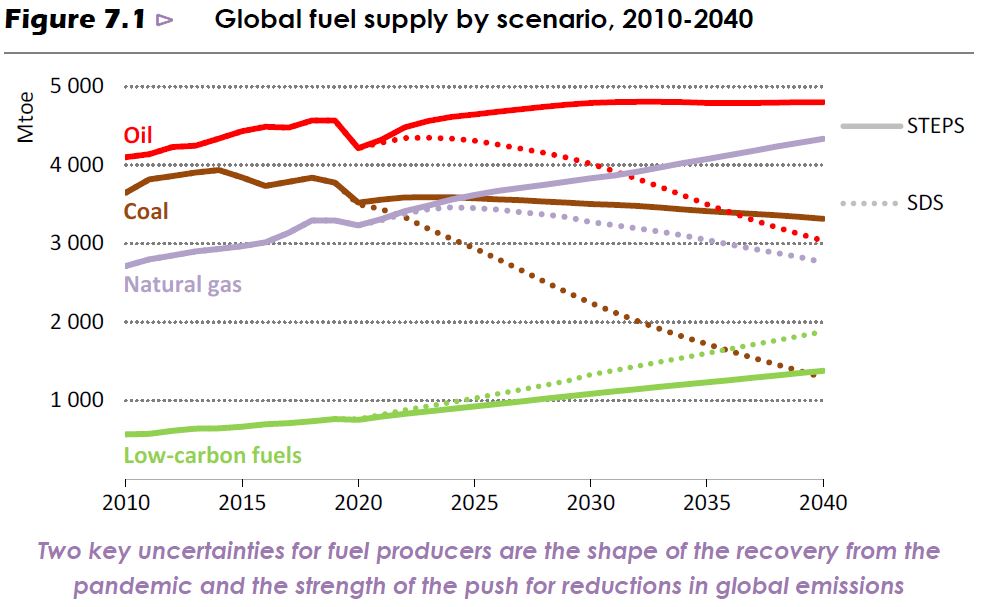