How Saudi Arabia Is Planning to Reach Net Zero by 2060

Solar’s Growth Stumbles Just as the World Needs It Most

U.S. takes step toward oil and gas auction off Alaska coast next year

Woodside to spend over $745 mln on hydrogen, ammonia plant

Saudi Arabia wants to be top supplier of hydrogen

4 Types Of Stories You Can Tell Through B2B Video Marketing

9 Tips For Video Marketing Campaign Success For The Energy Industry

NEW YORK (Reuters) – In remote northern Michigan a propane shortage in early 2014 caused prices to nearly double, squeezing about half of the families there who rely on the fossil fuel to heat their homes.

Glenda Bowler remembers her son fitting a wood stove at his restaurant as an alternative to propane, which reaches Michigan’s Upper Peninsula via a 645 mile (1038 km) pipeline.

“Everybody’s thermostats got turned down, and you turned to supplemental, like wood or electric to help. I’m old, so I can’t go cut wood,” the 68-year-old said.

Now the future of the Enbridge Inc owned line supplying the region is under threat, as climate activists widen their campaign to cut U.S. fossil fuel dependency from new pipelines to the refurbishment or expansion of older ones.

“To speed up the extraction of what remains is an insane strategy because we need to have something that replaces that energy source in the future and we don’t have it as long as people are continuing to rely on oil,” Anne Woiwode, co-chair of the Sierra Club’s Michigan chapter, said.

But as authorities worldwide face the challenge of a smooth transition to a lower-carbon future, energy firms are wrestling with investment decisions to keep their businesses running and prevent supply disruptions.

Enbridge had to temporarily close its Line 5 this summer after damage was discovered, boosting calls for the 67-year-old line carrying crude oil, propane and liquid fuels to Canada through the sensitive Straits of Mackinac, to be shut down.

Nearly half the oil and gas pipeline miles that crisscross the United States are at least 50 years old. And even though the world’s largest fuel consumer is starting to rely more on renewables, fossil fuels still provide almost all of its road fuel and natural gas accounts for about 40% of electricity generation. 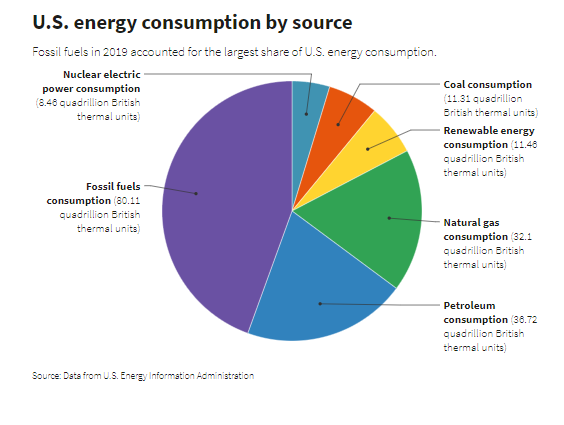 Michigan Governor Gretchen Whitmer this month revoked a decades-old easement allowing the Enbridge line to operate, saying that its location and age means it poses a major risk and vowing to shut it after a transition period.

Climate activists, Native tribes, and local opponents have waged years-long battles to prevent construction of pipelines with some, like Keystone XL, a 830,000-barrel-per-day crude expansion project, still in limbo after more than a decade.

Although the $8 billion Atlantic Coast Pipeline project, once the largest gas line under construction, was canceled this year, the Dakota Access LLC oil pipe and other large crude pipelines from Texas have been completed in recent years.

If existing pipelines are shut, suppliers could be forced to transport fuel and gas to consumers by rail or road. 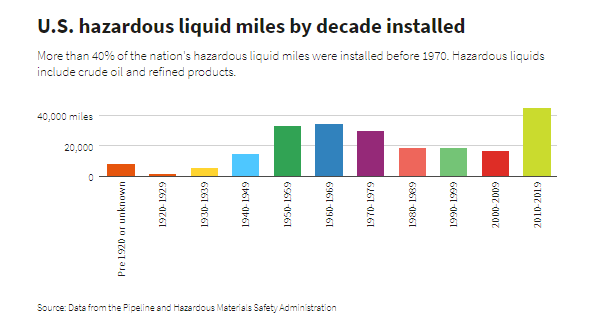 In Michigan, Sean McBrearty, a coordinator for Oil and Water Don’t Mix, said the Enbridge pipeline is not needed to supply the region and that train cars or truckloads could replace it.

But analysts at Tudor, Pickering, Holt & Co. estimate it would take 30 trucks and half a unit train each day to haul the 40,000 barrels per day of propane that Line 5 usually supplies.

And Jim Mankervis, supervisor in Ishpeming Township, a 3,500-person community on the Upper Peninsula, doubts this is viable.

“I don’t know that they could even get enough trucks to supply the (Upper Peninsula) with propane,” he said.

Switching Upper Peninsula customers to an alternative fuel source, like natural gas, would be far from simple.

Separate lines are required from those that carry liquid fuels like propane, so a new right-of-way would be needed.

End users like homes and businesses would need to switch their own tankage and private pipes to the new fuel, at a greater cost than paying more for propane that is trucked in.

One solution agreed by Michigan’s former governor with Enbridge was to encase the existing pipeline to prevent the line from polluting the water supply.

Enbridge estimates the project, due to be completed in 2024, will cost $500 million, said Ryan Duffy, Enbridge spokesman.

“More people see it is a common sense solution to protect the environment and make what has been a safe pipeline even safer, and then also continue to make sure that energy is delivered to the people in the state that really do rely on that,” Duffy told Reuters. 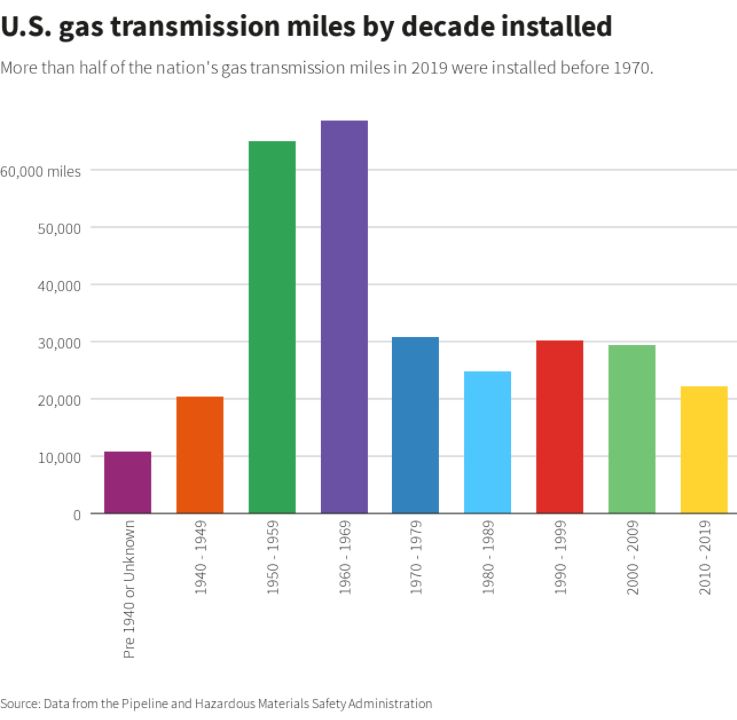 The Atlantic Coast gas pipe would have added an additional pipeline to deliver gas to residents of the southeast, including North Carolina and Virginia, from West Virginia.

In the winter, most of the gas there is used by homes and businesses for heat, leaving less for industries and power plants during the coldest times of year, and utility companies say the pipeline’s cancellation could drive up prices.

“We’ll be able to meet the needs of our customers, but we’re going to have to do it in a way that is a little more expensive and has a little more reliability concerns,” Rayhan Daudani, a spokesman for Dominion Energy’s Virginia Power utility, said.

The U.S. Bureau of Indian Affairs in July ordered Andeavor/Tesoro, now owned by Marathon Petroleum, to stop using a pipeline flowing out of North Dakota and invoiced the company $187 million for trespass on Native American land.

Marathon said this month that the trespass order and damages had been canceled, although a new court decision was expected by Dec. 15

This line is nearly 70 years old and its latest easement agreement with the landowners expired in 2013. While it is still operational, the dispute could result in a portion being closed.

While pipeline opponents have become focused on older pipelines, even new ones have problems. Keystone, which moves Canadian crude to the Midwest, has twice leaked thousands of barrels, even though it is about 10 years old.

Solar’s Growth Stumbles Just as the World Needs It Most
It’s Going to Take More Than Politics to Torpedo the Texas Boom
Icahn Pushes Southwest Gas for First Dibs on Questar Deal Equity
Climate Talks 2021: Your Roadmap to COP26