(Reuters) – Exxon Mobil Corp XOM.N was once the largest U.S. publicly traded company in the United States. Now, the oil major is not even the largest energy name, having been surpassed by rivals and even a renewable company, as it tries to maintain its hefty dividend.

It has been an ignominious year for Exxon. It is expected to report a record-setting third straight quarterly loss on Friday as the COVID-19 pandemic crushes demand globally for crude oil and fuel.

Shares are at a two-decade low, down 55% this year. The company’s stock was removed from the storied Dow Jones Industrial Average after nearly a century of membership, and it is facing questions about whether it can maintain its dividend.

Exxon cut employees and project spending, but has stuck by plans to continue paying a dividend that costs nearly $15 billion per year.

Graphic: Renewable energy surges past Big Oil – in the market 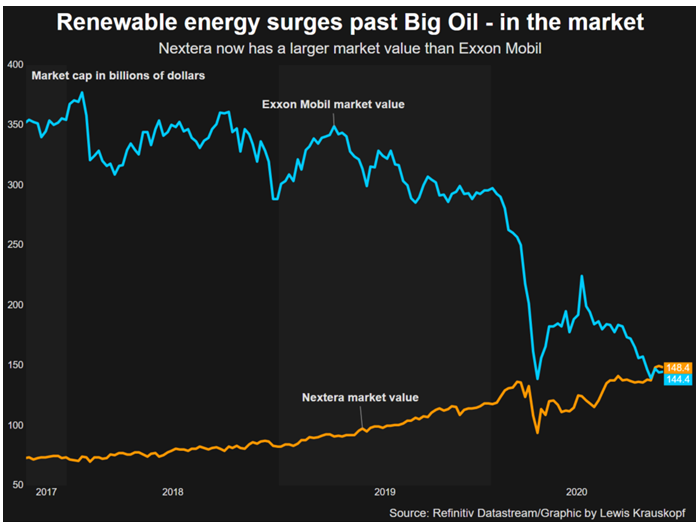 Exxon currently has a massive dividend yield of 10%, in large part due to the share price slump. Cutting the dividend would “upset the apple cart pretty significantly” with many investors, said Mark Stoeckle, senior portfolio manager at Adams Funds, which holds about $46 million in Exxon shares.

The company’s cash balance could be depleted if U.S. oil CLc1 remains below $45 a barrel due to its debt.

Exxon could sell assets to maintain the dividend, an unappetizing thought for many analysts.

“The last thing Exxon should be doing is putting itself in a position where it is forced to sell assets purely for the purpose of finding extra cash to pay the dividend,” said Raymond James analyst Pavel Molchanov.

Prior to the pandemic, Chief Executive Darren Woods spent heavily to boost output and turn around sagging profits on a bet on growing demand. It placed big bets on U.S. shale oilfields, global refining, plastics and offshore Guyana, where it struck one of the decade’s biggest oil discoveries.

This year, the company cut capital spending plans by $10 billion to around $23 billion. Its debt has risen by 60% since Woods took over in 2017. 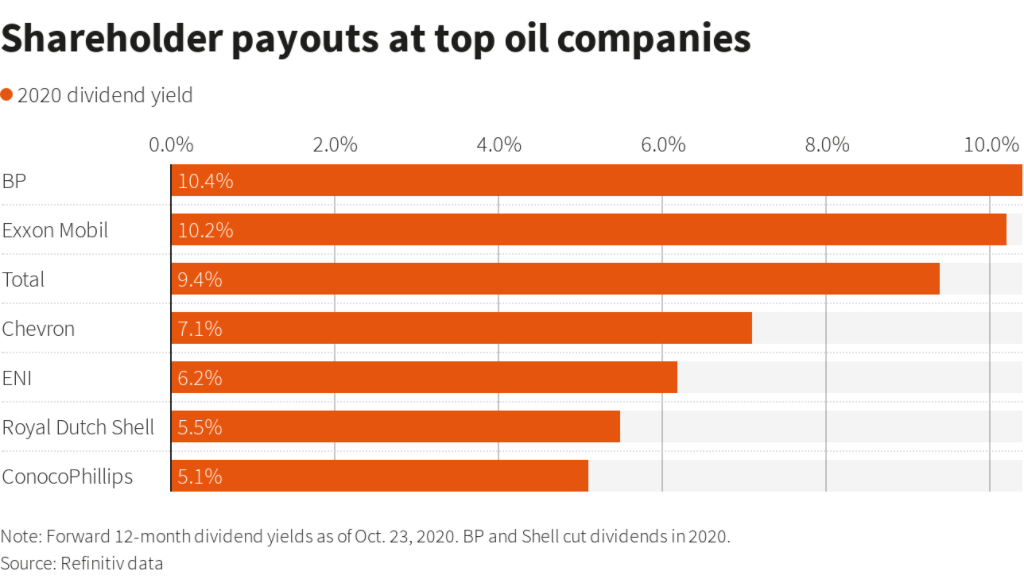 Exxon was once the nation’s most valuable publicly traded company by market capitalization. But in a sign of the changing times, NextEra Energy Inc NEE.N, the world’s largest producer of wind and solar energy, has surpassed Exxon’s market value, making it the most valuable U.S. energy company. 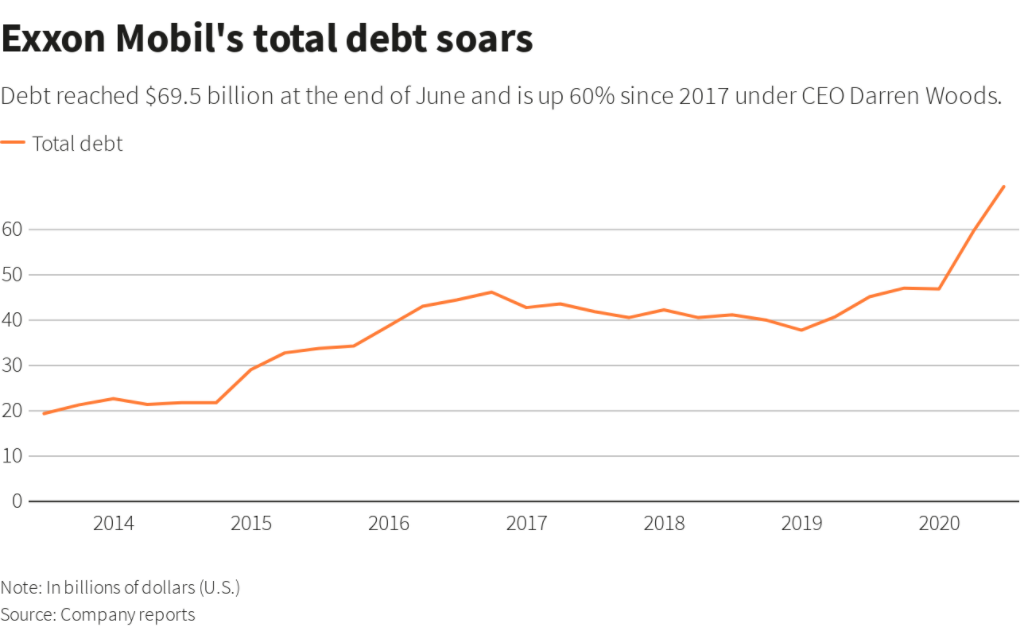 TC Energy Awards More Than $1.6 billion in American Contracts to Build Keystone XL, Project to Create Over 8,000 Union Jobs in 2021