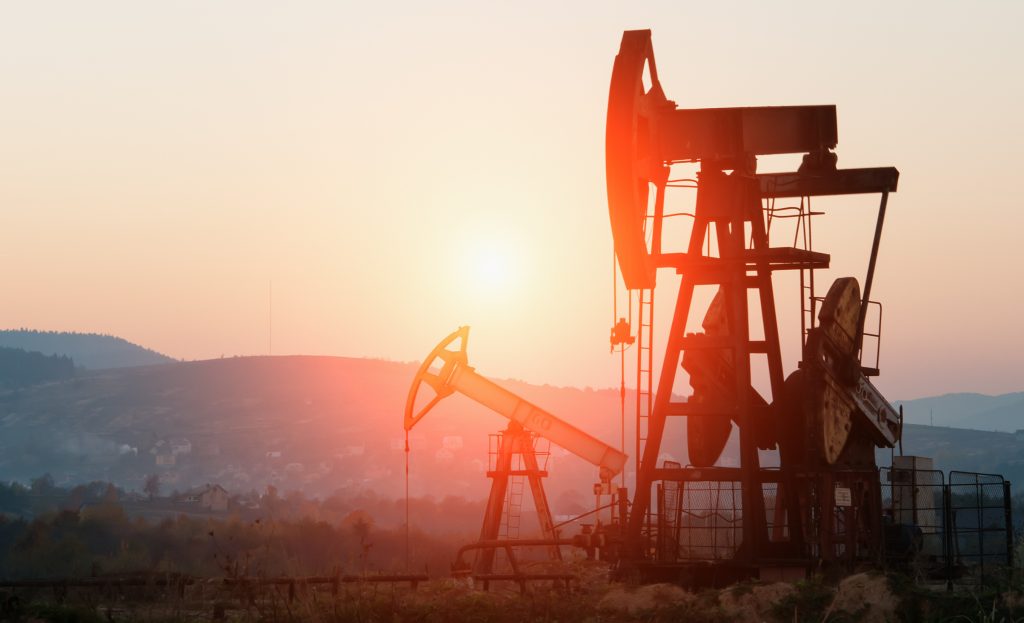 Multiple billion barrel oil discoveries have made on the North Slope to date, and 88 Energy continues it to work towards finding the next one.

In early April, the company reported that the Charlie-1 appraisal well had proved the presence of mobile hydrocarbons, in the form of condensate gas. However, the timing couldn’t have been worse as fear gripped global markets.

An oil price war between Saudi Arabia and Russia resulted in oil prices falling hard and fast — WTI Crude dropped from above $60 per barrel in January to just $20 per barrel in less than three months to the end of March. Oil futures contracts even fell into negative territory on April 20 – where producers had to pay customers to take oil off their hands. Not good timing for an ambitious oil explorer.

However, despite the initial market reaction to the immediate well results, analysis of the data continues to show Charlie-1 made large oil discoveries, with the extend of oil accumulations to be estimated over the coming weeks.

This will follow last week’s results from the final petrophysical interpretation which substantially upgraded the net hydrocarbon pay in the Charlie-1 well to 398 feet from the earlier reported 280 feet.

Of particular note is the results from the Seabee formation intercepted in the Charlie-1 well, described by Managing Director Dave Wall as “outstanding”, despite the well not being drilled in the optimal location for that target.

The new data and years of exploration the company has undertaken to date on the North Slope, via three wells Icewine-1, Icewine-2, and Charlie-1 wells drilled at Project Icewine, means company management has a much clearer picture of what they have on their hands, ahead of a planned farm out for a follow up well to Charlie-1.

Plus, with the now completed acquisition of XCD Energy, 88 Energy control multiple world class exploration/appraisal assets on the North Slope of Alaska.

88 Energy confirmed in April that the Charlie-1 appraisal well had proved the presence of mobile hydrocarbons, in the form of condensate gas, in the Torok Formation in both the Middle Stellar and Lower Stellar targets.

The largest contribution comes from the Lima discoveries in the Seabee Formation. Both Upper and Lower Lima (in the Seabee formation) are confirmed as large oil discoveries by this interpretation and the lab results.

Seabee hydrocarbons are proven in the historical Malguk-1 well by oil observed over the shakers at surface and in cores from Heavenly-1 and now Charlie-1.

The reservoir quality is clearly evident to be higher away from the Charlie-1 location, both updip and downdip.

The results are particularly significant as these targets are the most extensive of the Icewine conventional horizons as well as being relatively shallow, by comparison to the Torok Formation. 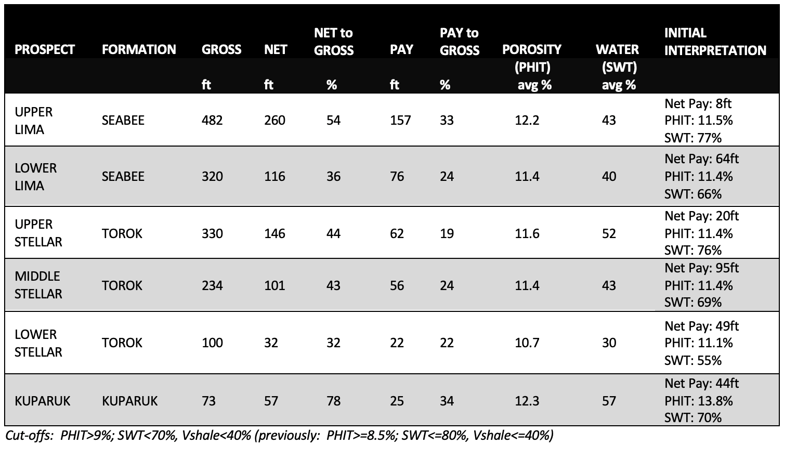 88E Managing Director, Dave Wall, said, “The results from the Seabee, despite Charlie-1 not being optimally located, are outstanding. Whilst these may appear as a serendipitous by-product of the well, internal analysis prior to drilling had already significantly high graded this formation; however, it was too late to change the objectives/location of the well, meaning that work remained largely on the drawing board.

“This final interpretation is a strong vindication of that internal effort. We are now looking forward to the conclusion of the evaluation of the Seabee oil discoveries as we integrate the petrophysics into the seismic inversion and subsequent mapping, which will ultimately yield updated volumetrics for our resources that will feed into the Icewine farm-out process.”

Over the coming weeks, the extent of the accumulations will be estimated as these final petrophysical numbers are integrated into the updated seismic inversion product.

The Stellar targets in the Torok Formation are also confirmed as hydrocarbon discoveries with good liquid hydrocarbon content.

There remains some uncertainty about the gas to oil ratio as the liquid hydrocarbon saturations measured from the Charlie-1 cores in the lab imply much lower gas to oil ratio than that observed during the downhole tests, which recovered gas condensate.

It is possible that these liquids may be unlocked by stimulation of the reservoir.

The Kuparuk also remains a prospective target, with anomalously good reservoir quality for its depth, however, no mapping has been done for this horizon and it is considered more gas prone than the Torok Formation.

Armed with more data, 88E has identified a new preferred well location to test the conventional targets at Project Icewine. This is an ‘oilier’ location, with better reservoir quality.

88 Energy will be shopping the project around to farm in partners once again and have another crack at striking flowing hydrocarbons.

Further upside potential remains from the 0.8-2.0 billion barrel prospective HRZ shale resources at Project Icewine. Two unconventional exploration wells have been drilled that have de-risked and improved understanding of the large shale potential here. This is consistent with early stage results from other successful plays.

The confirmation of the ideal thermal maturity for the HRZ shale is encouraging and will form the basis of further work to continue to unlock its large potential.

The company has acquired the previously ASX listed XCD Energy in an off market takeover.

The result is that Project Peregrine, XCD’s flagship asset, is now 100% owned by 88 Energy.

Combined, these prospects have a mean unrisked recoverable prospective resource of 1.6 billion barrels of oil located on trend to recent discoveries.

88 Energy plans on drilling in early 2021 and has identified two primary prospects — Merlin and Harrier that total over 1 billion barrels. Permitting commenced and farm-out discussions underway for drilling of the two wells in the first half of 2021.

88E will seek a farm in partner looking for exposure to near term discovery potential to fund the drilling. This could be a very compelling opportunity on the 1 billion barrel plus opportunity presented at Peregrine.

All in all, 88 Energy is gearing up for a highly active exploration season in 2021 across its expanded North Slope portfolio.

September 21-23: GeoConvention will be hosting the 2020 program completely virtual!