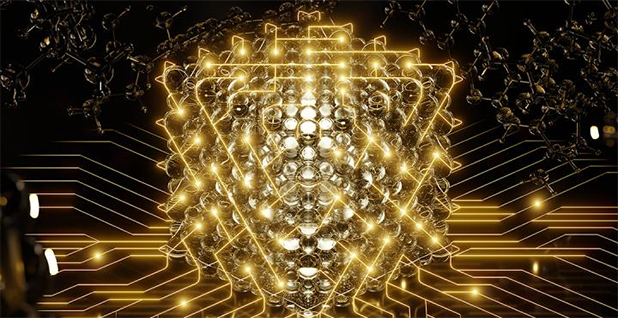 Researchers say they’ve developed a potential breakthrough technology that could increase the life of electric vehicle batteries by up to five times and increase the driving range of cars by 30% to 50%.

The technology from Lawrence Berkeley National Laboratory and Carnegie Mellon University involves a soft electrolyte for use in EV batteries that prevents the formation of defects in them, said Brett Helms, a staff scientist of organic and macromolecular synthesis at Berkeley Lab and director of the study, which was published this month in Nature Materials.

The defects, known as “dendrites,” form over time during EV charging and can eventually cause batteries to fail or catch on fire (Climatewire, Dec. 19, 2019).

Previous research suggested that in order to reduce or eliminate dendrites, electrolytes in EV batteries needed to be harder than the dendrites so as to “squish” them, said Venkat Viswanathan, the study’s lead corresponding author.

“Usually … if you want to try and squish something, you take something that is harder than that to squish it,” said Viswanathan, a professor of mechanical engineering at Carnegie Mellon. “The interesting thing here is we actually did the opposite.

“It is amazing to find a material realization of this approach,” he said.

Instead of using a hard electrolyte that could partially crush the dendrites, the researchers developed a soft electrolyte made of polymer and ceramic materials, along with a soft lithium foil for the battery’s anode. They found that the new electrolyte prevented the formation of dendrites altogether, increasing EV batteries’ potential life-cycles by three to five times, Helms said.

Batteries with longer life-cycles also could be particularly important in the future if ride-sharing companies go all-electric, Viswanathan said. In June, Lyft Inc. announced its intention to transition entirely to EVs (Climatewire, June 22).

“In a future world where more of the vehicles are shared, Uber or Lyft vehicles will be needing 90,000 miles a year,” he said.

An additional benefit of the researchers’ new electrolyte technology is that it could produce batteries that weigh half as much as existing lithium-ion batteries, Viswanathan said. That could be key for the eventual wide-scale production of electric aircraft in addition to EVs, said Haresh Kamath, senior program manager at the nonprofit Electric Power Research Institute.

“Right now, the batteries we have today are kind of heavy for the amount of power they generate,” said Kamath, who was not involved in the study. “We want in the future to be able to get batteries that are lighter.”

The battery produced from this electrolyte would still be too heavy for practical use in commercial aircrafts, Viswanathan said. However, it does represent “an important step” toward emissions-free planes, and it could be of use in the future for electric vertical takeoff and landing aircrafts — otherwise known as low-emissions or emissions-free “flying cars” (Climatewire, April 11, 2019).

“The one aspect we’re aggressively pursuing is to take this and make it compatible for these flying car markets,” Viswanathan said.

The technology will need to overcome cost barriers and challenges associated with the production of the lithium foil anode, according to Viswanathan. Operations at lithium manufacturing and processing plants might need to be modified to accommodate it, he said.

Nonetheless, the study represents one piece of the puzzle toward the potential development of new EV batteries that could last longer and weigh less than current ones, Kamath said. In particular, the findings could advance new types of EV batteries that are “solid,” as compared with the lithium-ion batteries that contain a liquid, he said.

Some research suggests solid-state batteries could be safer, cheaper to produce and better equipped to store electricity, but dendrite formation had inhibited technologies, Kamath said.

“The findings here are really important in understanding how these technologies can be made and maybe commercialized,” he said.

Shale Lenders in Retreat After Decade That Fueled Oil Boom

The Oil Industry 2020 – Winners, Losers and Everything In Between – “Muscle Memory”