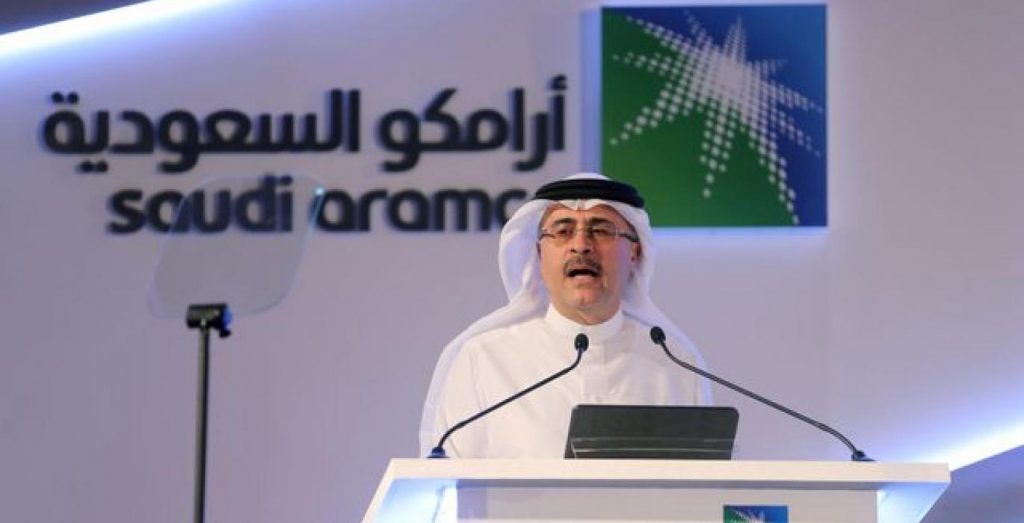 The world’s top crude oil exporter has for years battled for market share with rapidly expanding shale oil producers in the United States, which in just a decade have developed capacity to pump millions of barrels per day of oil from rock formations that were previously too costly to tap.

Saudi Arabia fought a price war aimed at putting the U.S. shale industry out of business just six years ago, which ultimately failed. Now, the country has adopted the techniques developed in U.S. fields – which started with gas – for the huge $110 billion Jafurah shale gas field project. Aramco said it received the go ahead for the project on Saturday.

If Aramco hits its targets for development of the field, Saudi Arabia would become the world’s third largest gas producer by 2030. The world’s top two gas producers are the United States and Russia.

Nasser said Aramco had developed fracking using seawater, which will remove the obstacle that a lack of water supply represents to fracking in the desert.

“A new shale revolution is taking place (in Saudi Arabia), it’s commercial and we are using seawater,” in the fracking process, Nasser said in an interview in Saudi Arabia’s oil-producing Eastern Province.

“A lot of people said it doesn’t work outside the U.S…. because fracking uses a lot of water and we are not rich with water. But we are using seawater.”

Aramco has drilled 150 wells since 2013 in the Jafurah shale gas field to prepare the development plan, he said.

The Saudi state oil group has worked with international oil service companies such as U.S.-based Schlumberger SLB.N, Halliburton Co. HAL.N and Baker Hughes Co. BKR.N on the field and to develop the technology to fracture the rock and release the oil and gas it holds, a technology known as fracking. Those firms are active in U.S. shale fields.

Aramco will hold bidding rounds for work on the fields, and these and other firms are likely to be involved, Nasser said.

Outside the United States, oil firms have had limited success developing shale reserves for a variety of reasons- either due to lack of expertise, a scarcity of water or other resources, lack of infrastructure, or proximity to large population centers.

The Jufarah field is near the Gulf coast, so has relatively easy access to seawater, which will have to be lightly treated before using in fracking, Nasser said. It is also close to the world’s largest oilfield, Ghawar, so has easy access to existing energy infrastructure. Aramco has also identified local sand that can be used for fracking.

The process requires pumping water, sand and chemicals into the fields at high pressure.

“It is very economical, we were able to really cut the cost significantly to make it commercial,” Nasser said. “It is the biggest unconventional (development) outside North America.”

The new shale gas development would help the country to reduce burning an average of 800,000 barrels per day of crude and fuel for electricity, Nasser said. That would free up more crude for export if needed, he said, and reduce emissions.

The priority will be to supply domestic demand, Nasser said.

Saudi Arabia’s Crown Prince Mohammed bin Salman issued an order on Friday for Jafurah’s gas to be used primarily by domestic industries such as petrochemicals to support the kingdom’s Vision 2030 development plan, the prince’s economic reform strategy to diversify away from oil.

Listing Aramco last year was one of the pillars of the plan. The Saudi energy giant went public in December by floating a stake on the local stock exchange.

The development may also position Saudi Arabia as a gas exporter, Nasser said. The preference for exports would be through pipelines to nearby countries rather than developing costly liquefied natural gas export terminals, he added.

“The minute we satisfy the local requirement we will export,” he said.

The field would produce some 550,000 barrels per day of gas liquids and condensates, he said, around 50% more than current output of just over 1 million bpd.

Nasser said the company has other similar projects under consideration.

“We just started on the non-conventional.”