For the First Time, the US is Sending More Gas to Europe Than Russia

The agency’s final rule, set to be released Friday, offers ethanol producers the promise of greater market access and demand — but the coming legal battle will be the true test of that potential.

“This action by EPA makes no sense and is contrary to the law, congressional intent and decades of agency precedence,” said Frank Macchiarola, a group director at the American Petroleum Institute. “We will challenge it vigorously.”

EPA Administrator Andrew Wheeler is slated to sign the final rule on Thursday, according to people briefed on the matter who asked not to be named ahead of the announcement. That paves the way for a planned Friday event with EPA’s Region 7 administrator, Iowa Republican leaders and biofuel industry boosters at the Elite Octane LLC’s dry mill ethanol plant in Atlantic, Iowa.

The regulation fulfills President Donald Trump’s promise to unleash ethanol sales and is a potent show of support to Midwestern farmers who are suffering from Chinese tariffs on soybeans, flooding that destroyed stockpiled grain and a deluge of rain that has delayed plantings. With some 37% of America’s corn production going to ethanol mills, any regulatory move lifting demand for the fuel could buttress farmers who helped propel Trump to the White House.

Under the EPA rule, E15 gasoline containing 15% ethanol is being waived from vapor pressure requirements that have blocked sales from June 1 to September 15 in areas where smog is a problem.

Ethanol is already a staple of America’s fuel supply, accounting for about 10% of total consumption. Biofuel boosters who have lobbied for the regulatory shift are betting 15% will eventually emerge as the standard. Green Plains Inc. Chief Executive Officer Todd Becker said this month that the higher blend puts in play “year-round demand growth of at least 200 million gallons of annualized incremental demand as only the starting point.”

That would come at the expense of the oil industry.

The American Petroleum Institute previewed its legal argument in public comments, arguing that the agency is flouting the plain text of the Clean Air Act by extending an existing waiver to E15. Marathon Petroleum Corp. warned the EPA’s move to consider E15 “substantially similar” to conventional E10 gasoline is “arbitrary and capricious” — a fatal failing under a federal law governing rulemaking. And the American Fuel and Petrochemical Manufacturers insisted the EPA is taking action previously rejected by Congress.

Ethanol advocates argue the EPA is on solid legal footing. The agency’s move to grant a waiver to E15 “reflects the best, most natural reading” of the Clean Air Act, and that higher-ethanol blend is substantially similar to E10, said Growth Energy Chief Executive Officer Emily Skor. 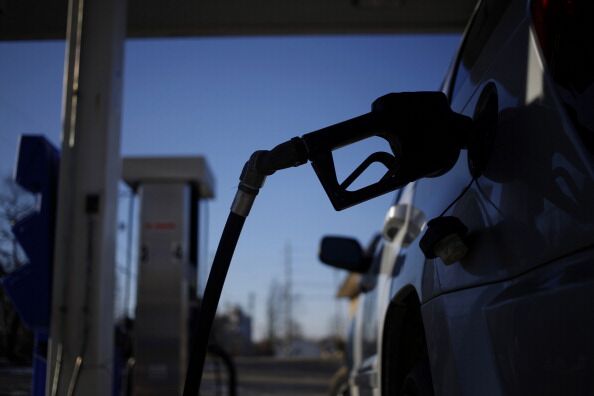 We All Need to Calm Down About Rare Earths: David Fickling