When OPEC meets on Friday in Vienna to discuss a possible output hike in the second half of the year, there’s likely to be a significant gap between the headline numbers under discussion and the amount of oil that can actually be added to the market.

The gap between real barrels and those that exist only on paper means that the impact on the market of any agreement between the Organization of Petroleum Exporting Countries and its allies to increase supply is likely to be about one-third smaller than the headline announcement, according to Bloomberg calculations. 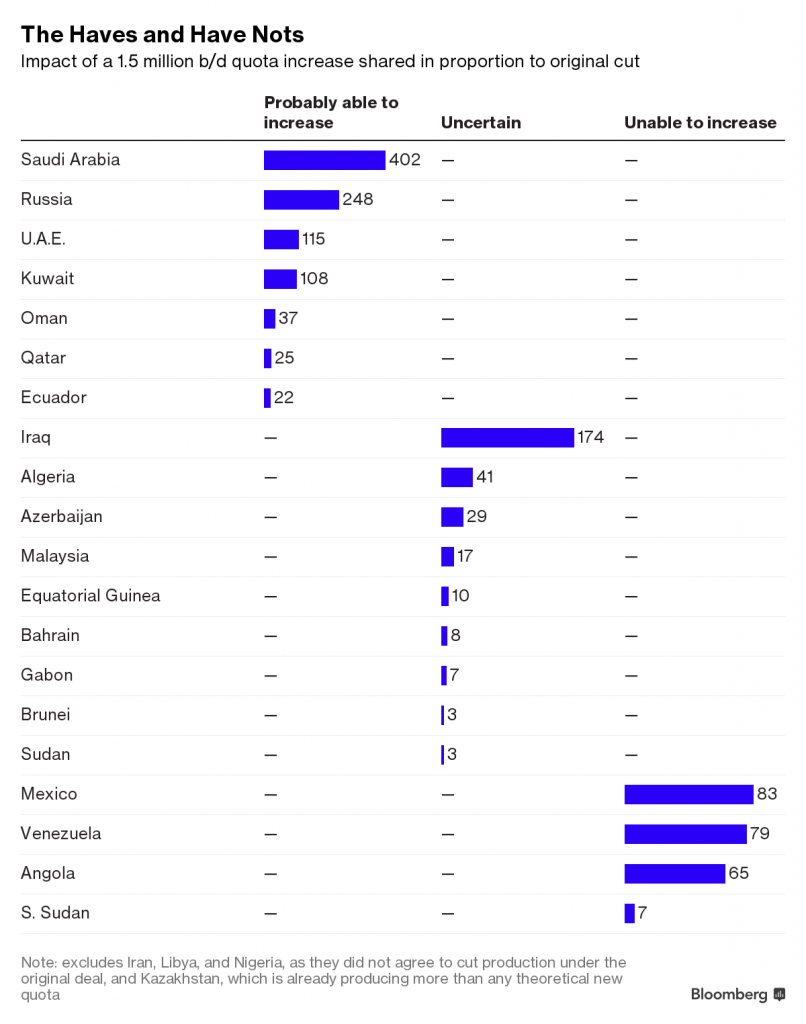 To see why, look at the 1.5 million-barrel-a-day increase that has been floated by Russian Energy Minister Alexander Novak. He said on Tuesday that his proposal would allocate the quota increase among all OPEC+ members in proportion to the original cuts each country agreed back in 2016.

That would give Saudi Arabia a 402,000-barrel increase, Russia a 248,000-barrel hike, and so forth. But it would also allot higher quotas to countries which are probably, or certainly, unable to lift output — such as Venezuela, Mexico and Angola.

Of the 1.5 million-barrel-a-day increase, only 958,000 barrels would go to producers that are almost certainly able to use them. The same logic applies to smaller quota adjustments. A 1 million barrel-a-day boost would actually hand only 639,000 barrels of increased quotas to countries that could definitely use them.

Iran Rejects Compromise as OPEC Heads for Battle in Vienna