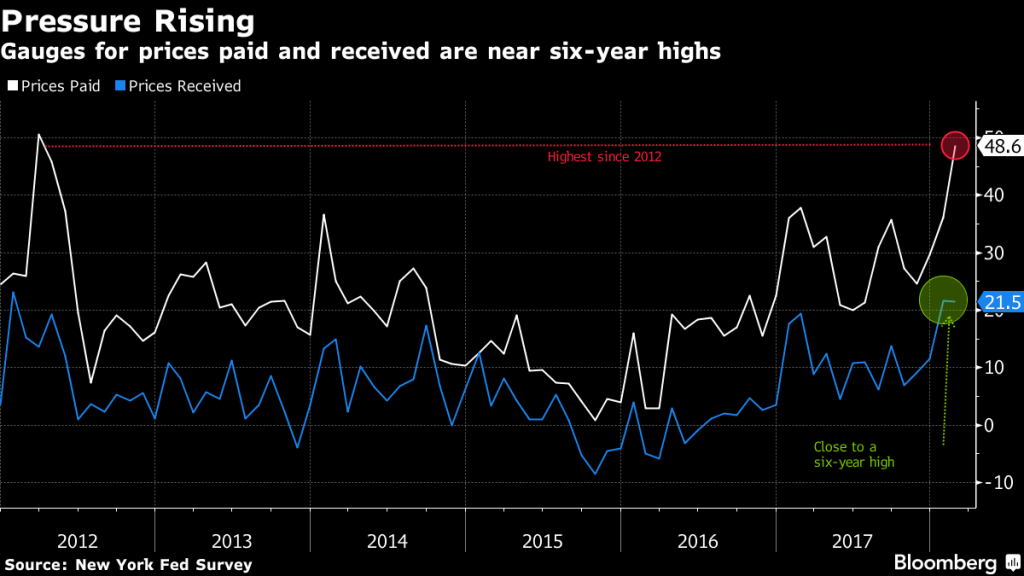 Three measures of price pressures for American businesses showed they’re facing higher production costs, adding to evidence that inflation is creeping up in the U.S. economy.

The Empire State Manufacturing prices-paid index increased 12.4 points to 48.6 in February, the highest level since 2012, according to the survey published Thursday by the Federal Reserve Bank of New York. The prices received index was little changed at 21.5, which the report said was a “level pointing to continued moderate selling price increases.”

“Input price increases picked up noticeably,” according to the report. “The index for future prices paid stayed close to last month’s multi-year high.”

A separate survey released from the Philadelphia Fed showed prices paid in that region also surging in February, reaching the highest level since May 2011.

In Washington, the Labor Department said in a report that U.S. wholesale prices rose in January on costs of energy and hospital services. The producer-price index increased 0.4 percent from the prior month, matching the median estimate in a Bloomberg survey of economists, after no change the prior month, the report said.

Oil Trades Near One-Week High as Stockpile Gains Slow Down