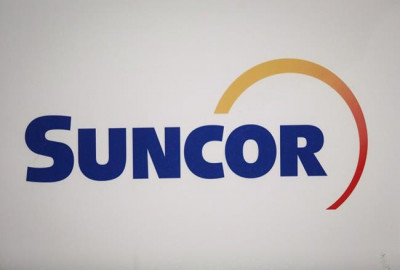 CALGARY — Suncor Energy Inc. is making good on its promise to return cash to shareholders, announcing a 12.5 per cent increase to its dividend as it reports fourth-quarter income that beat analyst expectations. The company says it will raise its quarterly payouts to 36 cents per share, fulfilling CEO Steve Williams' vow in November to increase dividends and share buybacks in 2018 as production rises from its new Fort Hills oilsands mine in northern Alberta and Hebron oil project off the coast of Newfoundland and Labrador. Canada's largest energy company by market capitalization reported operating earnings of $1.3 billion or 79 cents per share in the last three months of 2017, compared with $636 million or 38 cents a year ago, thanks to stronger oil prices, lower upstream exploration costs, better refinery utilization and higher refinery profit margins. Net earnings of $1.382 billion or 84 cents per share were up from $531 million or 32 cents in the year-earlier period. Funds from operations reached a quarterly record of $3.0 billion, versus $2.4 billion in the fourth quarter of 2016. Suncor said its Fort Hills project has cost $17.16 billion to bring to mechanical completion, slightly higher than an estimate of between $16.5 billion and $17 billion made a year ago. “With Fort Hills and Hebron both successfully commissioned and now producing oil, the safe and steady ramp-up of production is proceeding as planned,” Williams said in a statement. Companies in this story: (TSX:SU) The Canadian Press