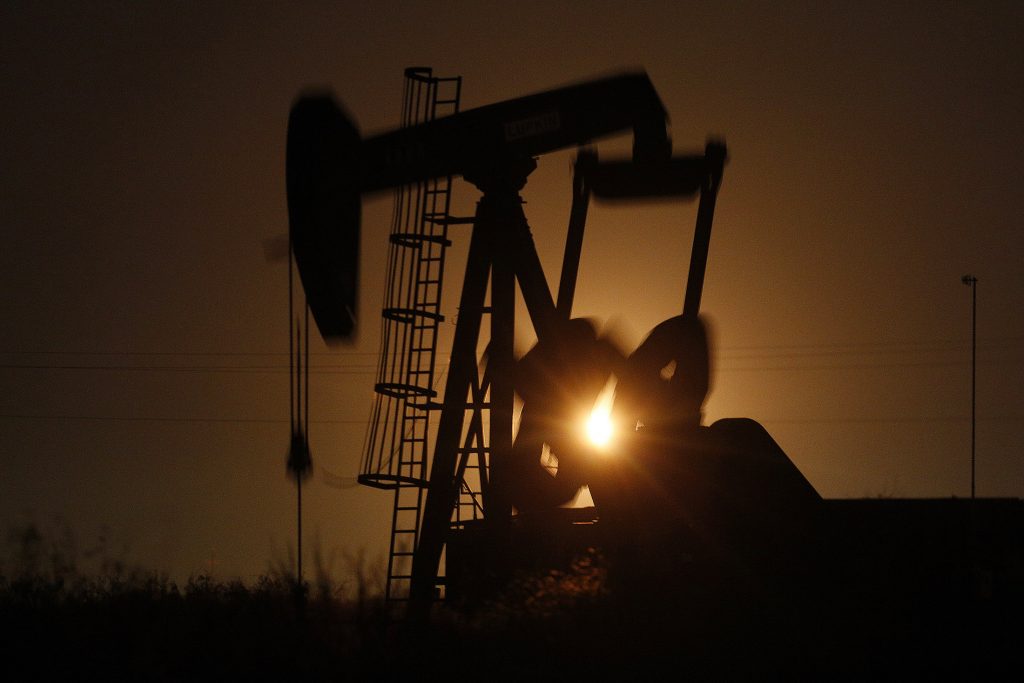 The world’s largest oil consumer exported more hydrocarbons than ever before in 2017 and shows no signs of slowing down.

You name it — crude oil, gasoline, diesel, propane and even liquefied natural gas — all were shipped abroad at a record pace. While the surge comes many years after the shale boom started, it can be traced straight back to the growth of horizontal drilling and fracking. U.S. exports are poised to expand even further, as the fear of peak oil supply has all but vanished just as a new demand threat emerges in the form of electric vehicles.

Americans are expected to end the year pumping oil out of the ground at rates unseen since the early 1970s. More and more of it is going overseas, giving OPEC a headache as the group restrains its own output.

Last year the U.S. tested the export waters after a nearly four-decade-old ban was removed. But this year, purchases of U.S. light, sweet crude have skyrocketed as pipeline and dock infrastructure was built out and the wider price spread between Brent and West Texas Intermediate crude coaxed more cargoes abroad.

Canada, once the only regular buyer of U.S. crude, finds itself competing with refiners in Europe and Asia. China’s appetite for American oil is voracious: in April, China bought more than Canada did for the first time.

Of all the emerging trade flows this year, crude deliveries into Europe and Asia are most surprising, according to Smith. And if the price of European oil stays suspended into the New Year — a good possibility after the Forties oil pipeline was shut this week to repair a crack — U.S. exports will continue hold above 1 million barrels a day.

“The U.S. has fully integrated itself into the global market,” Smith said by phone. “You have U.S. crude going into Europe, and European crude heading elsewhere because the U.S. is selling crude into its own backyard.”

The growth of U.S. gasoline and diesel exports was more subtle this year, mostly filling the gaps left as refiners in Latin America weren’t up to the task of meeting the region’s growing thirst for fuel.

Refiners in the middle of the U.S. were pumping out fuel at a record pace, leaving a surplus of refined products along the Gulf Coast ready to be shipped to eager Latin American buyers, according to Mason Hamilton, an analyst with the U.S. Energy Information Administration.

July was a banner month for American refiners, who processed crude and exported distillate fuel at a record clip, according to monthly data. The strong demand from Latin America will continue into 2018, according to Hamilton.

Talk about alphabet soup. Exports of oft-confused natural gas liquids and liquefied natural gas exports chugged along to records as well. NGLs like propane and butane are in high demand around the world to feed plastics-making plants, heat homes and stoves. China and Japan emerged as the biggest propane buyers in 2017.

LNG shipments are just warming up. The sole export terminal in the U.S., operated by Cheniere Energy Inc., hit new highs this year after its capacity was expanded. Mexico, where demand for natural gas increased following energy sector reforms, led all countries in 2017, followed by South Korea and China. LNG is even reaching the Middle East, typically a top supplier of the fuel.

“It’s like selling ice to the Eskimos,” ClipperData’s Smith said.

Trump Is Said to Open Door for Oil Drilling Off U.S. East Coast